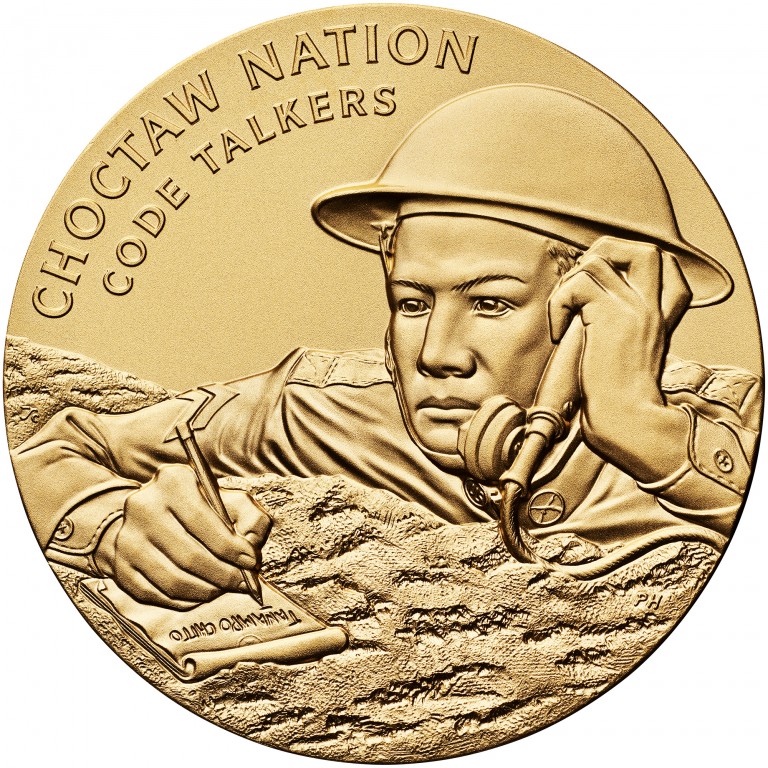 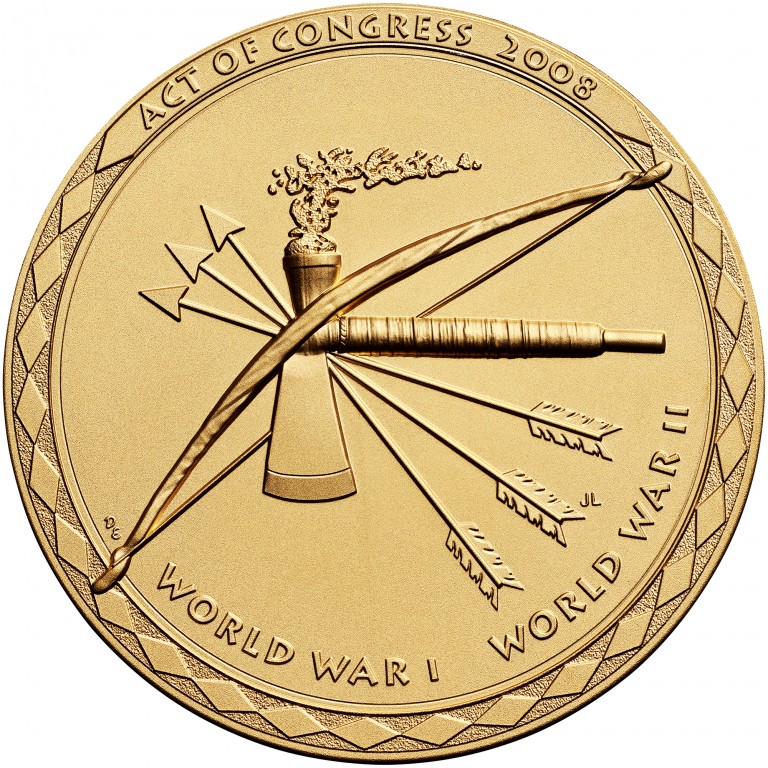 The obverse design features a soldier on his field phone writing "TANAMPO CHITO," which translates to “big gun” in the Choctaw language.

The reverse design features the major elements from the Choctaw Nation seal, identified as the pipe hatchet and bow and arrows.