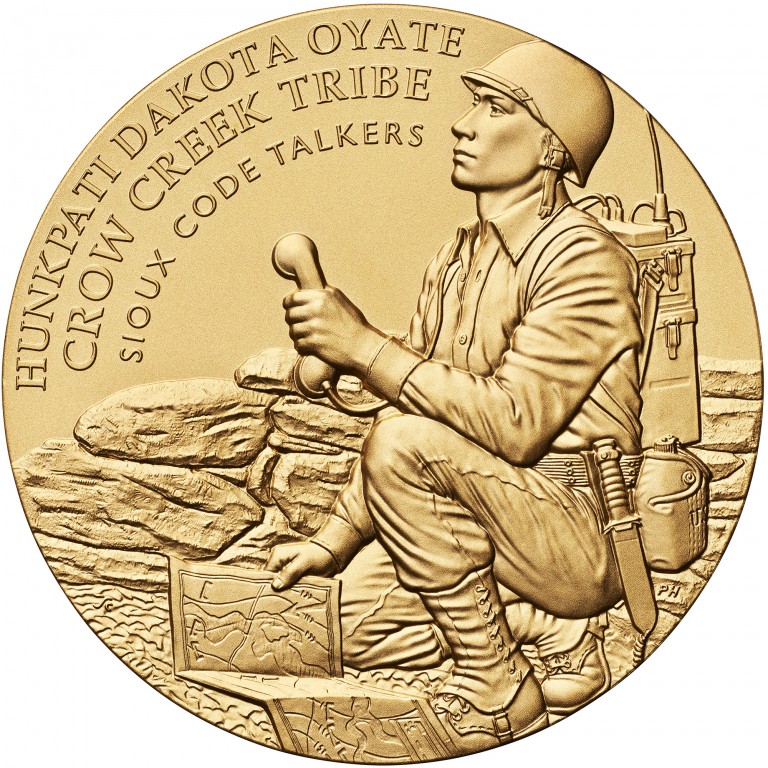 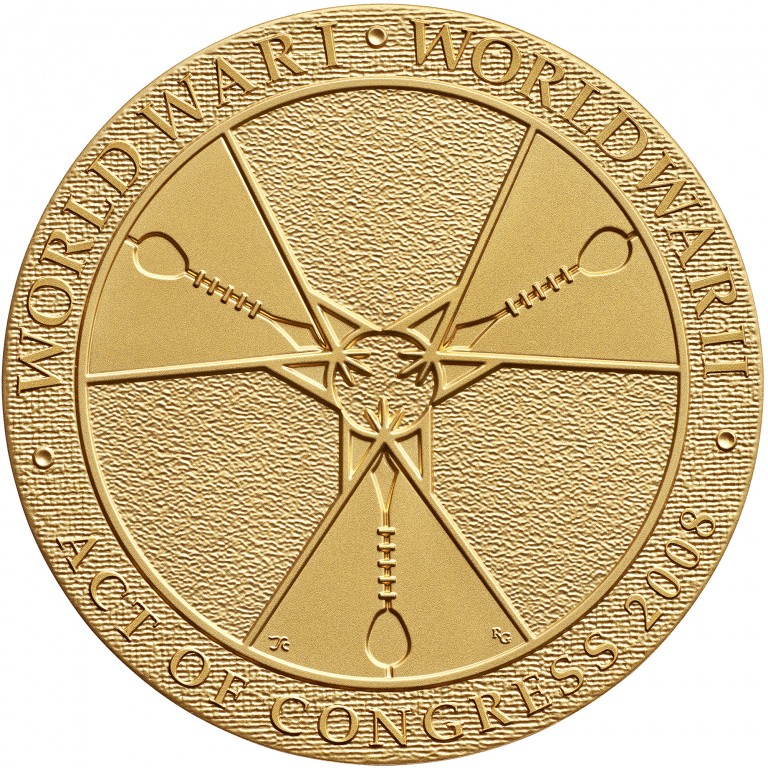 The obverse design features a World War II soldier with phone and map in hand.

The reverse design features a variation of the Crow Creek Tribe seal.