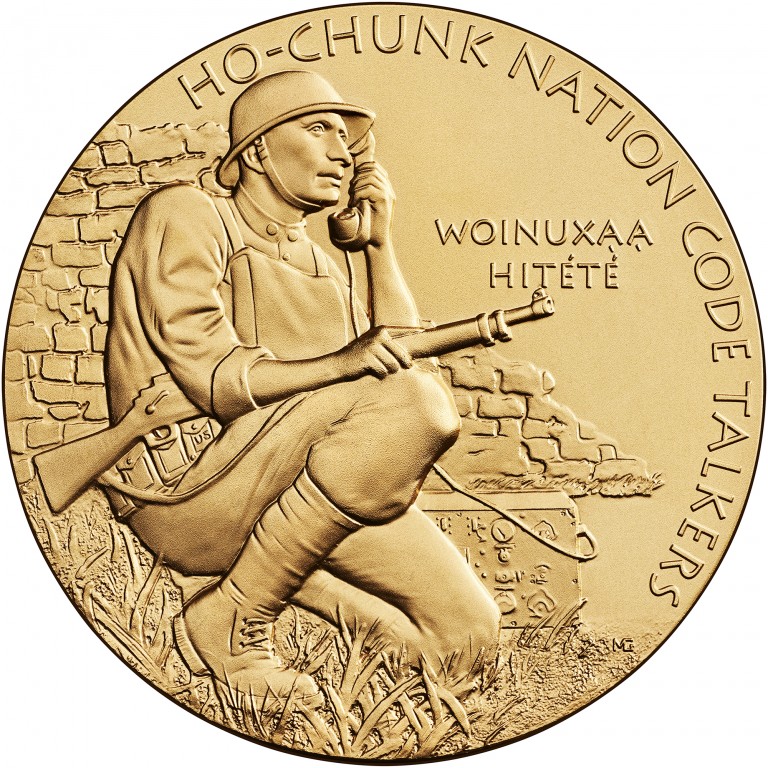 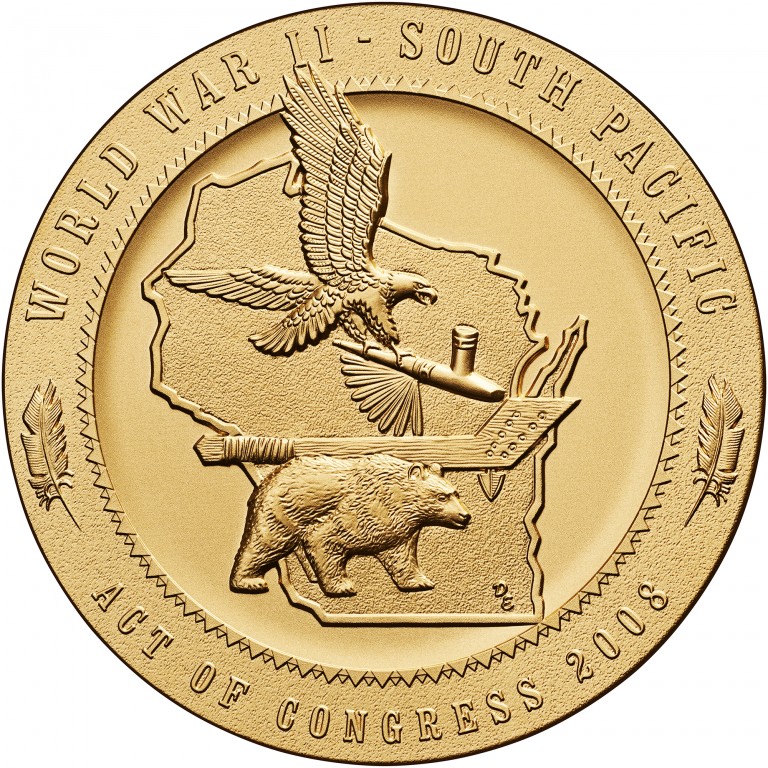 The obverse design features a code talker communicating a message.

The reverse design features a variation of the Ho-Chunk Nation seal, which includes an eagle, bear, peace pipe and war club. An outline of Wisconsin is also included, signifying the tribe’s historical attachment to the state.