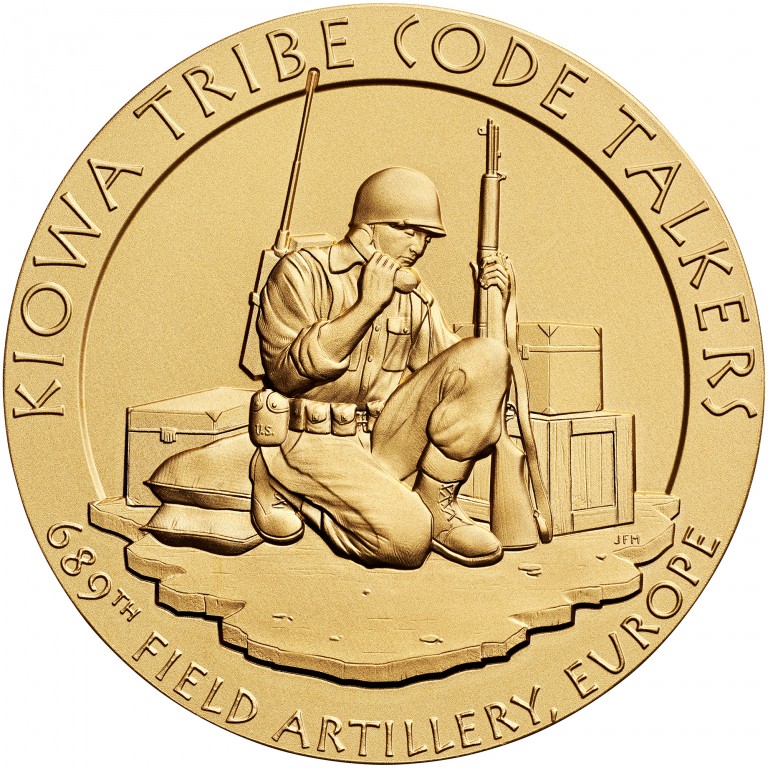 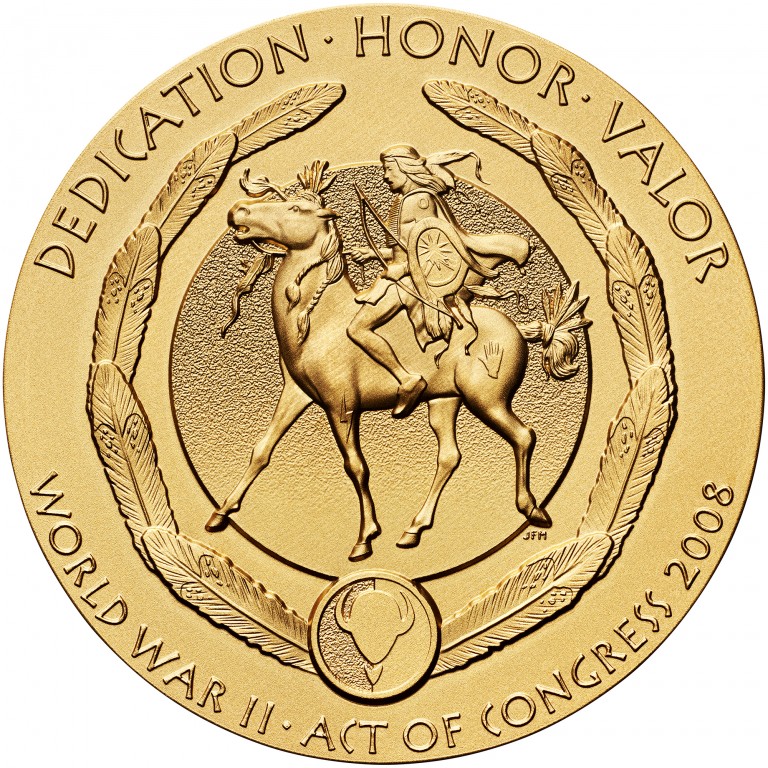 The obverse design depicts a code talker using a field phone to communicate.