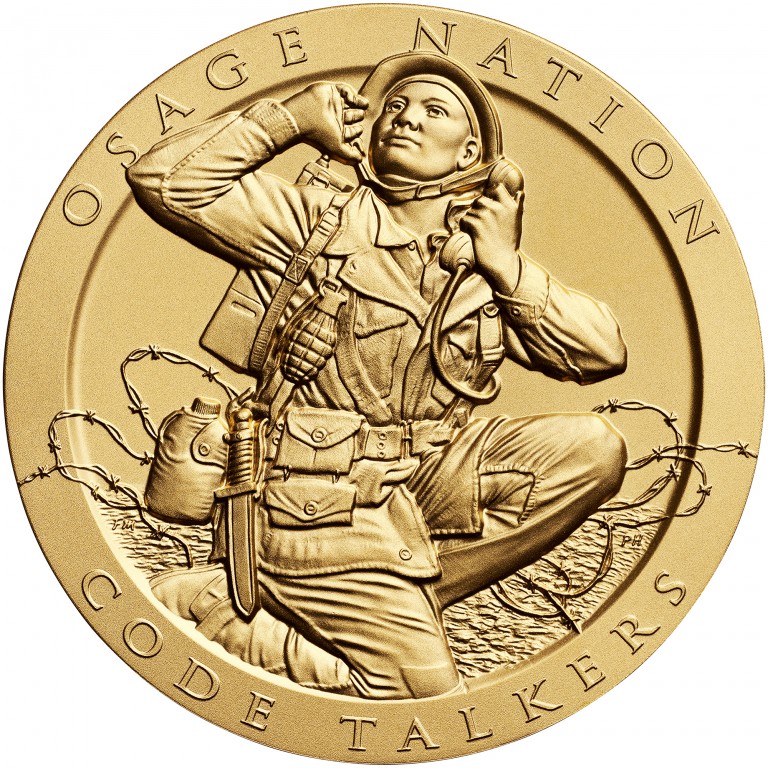 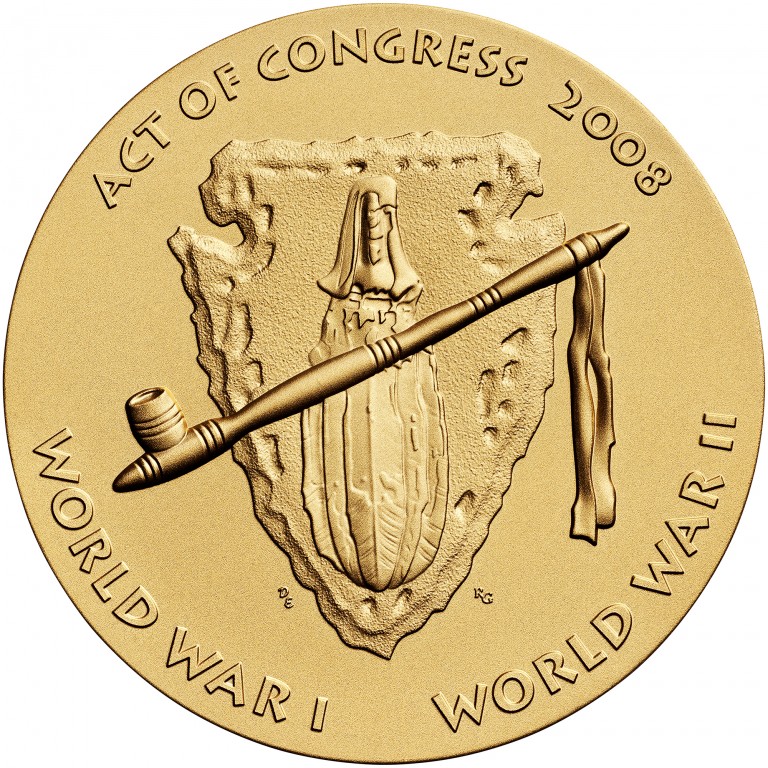 The obverse design depicts a code talker looking up and focusing on his task. The barbed wire is symbolic of the threat to the soldier.

The reverse design depicts a variation of the Osage Nation seal.