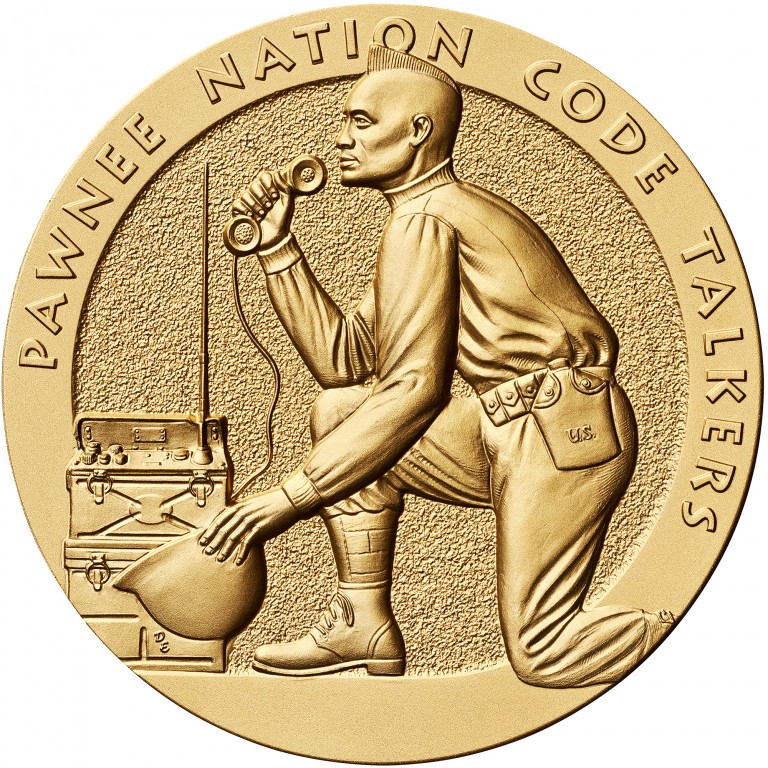 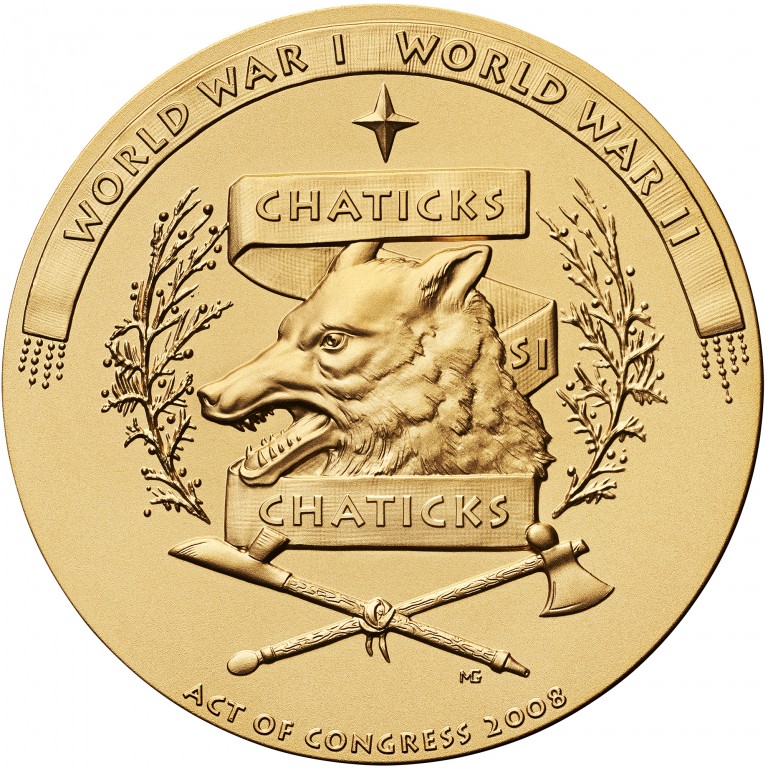 The obverse design features the full body profile of a soldier with phone and helmet in hand.

The reverse design depicts a variation of the Pawnee Nation seal, which includes the wolf, tomahawk, peace pipe, morning star, sage, cedar, and a banner.