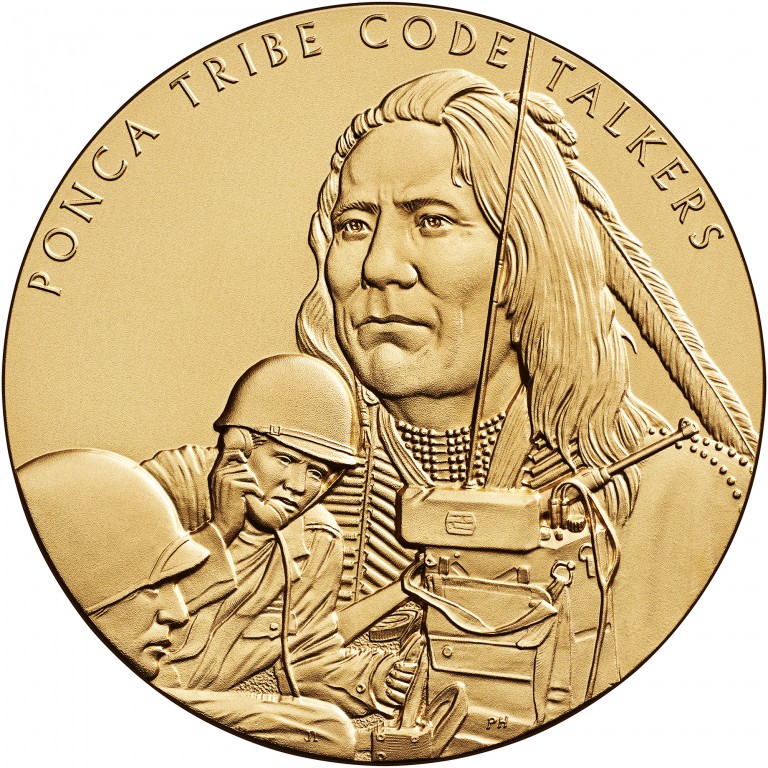 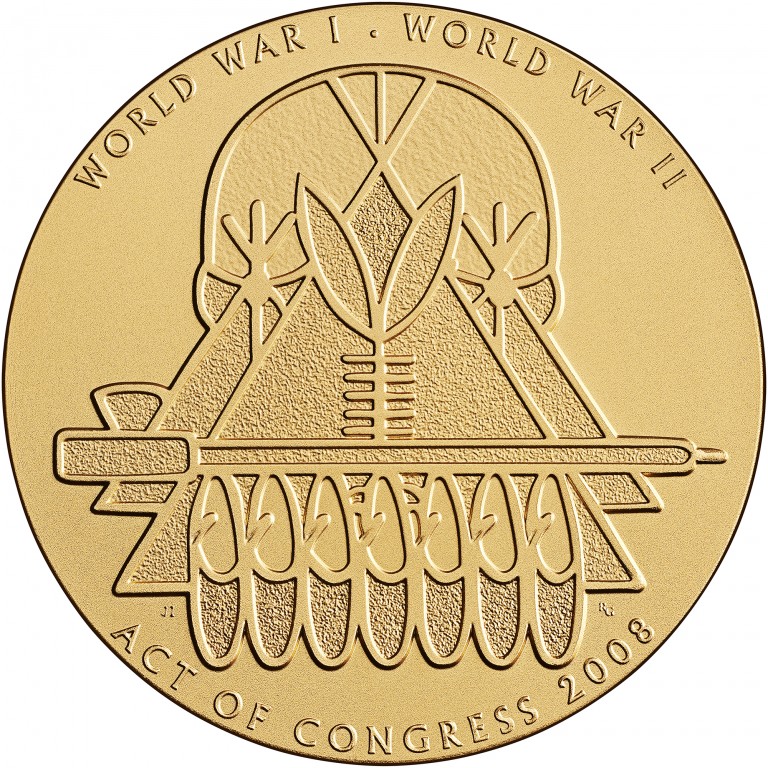 The obverse design features two code talkers in action with Chief White Eagle, a respected leader of the Ponca Tribe, in the background.

The reverse design features a variation of the Ponca Tribe seal, which consists of three clustered tipis with the sun behind it.