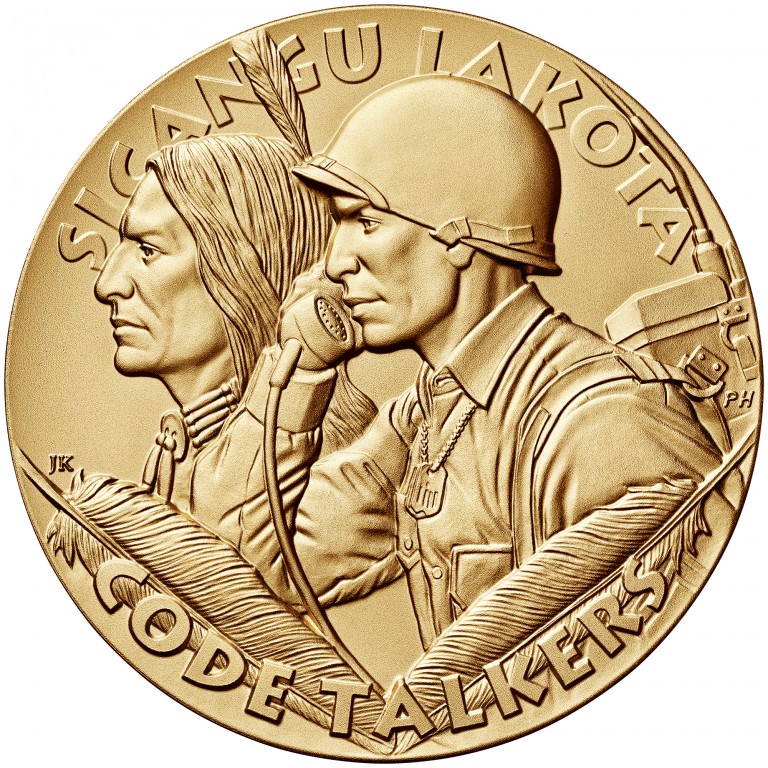 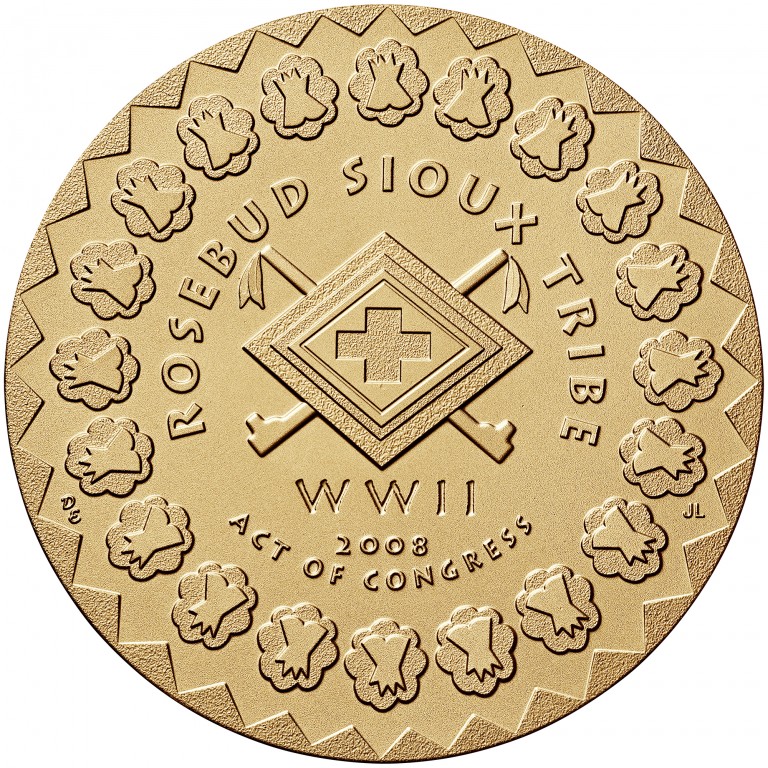 The obverse design depicts a World War II code talker and Sicangu Lakota warrior in profile. The code talker wears his dog tags parallel to the traditional bone-and-bead choker of the Rosebud Sioux warrior who also wears a feather in his hair. Eagle feathers are also included in the lower border of the design.