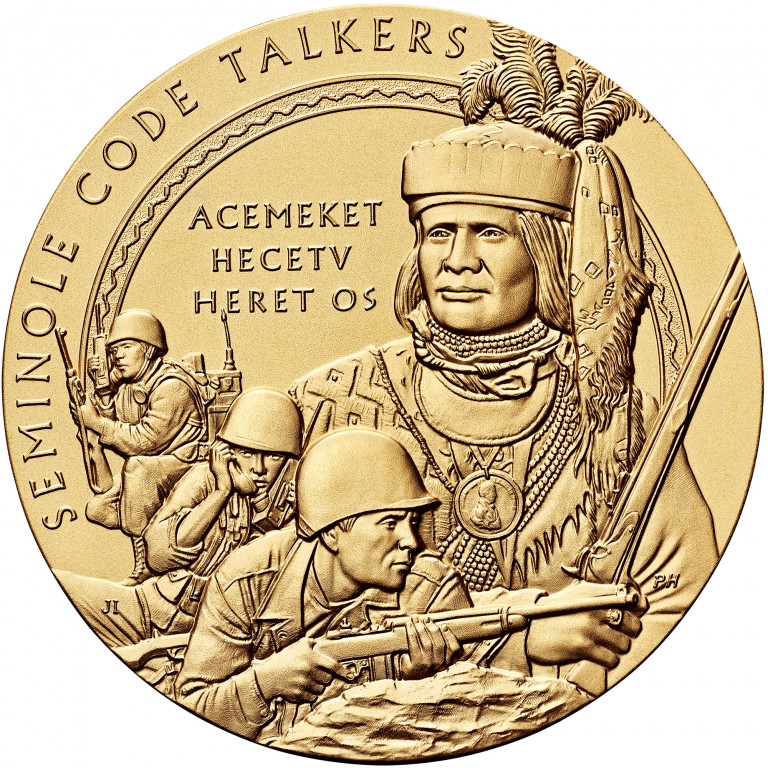 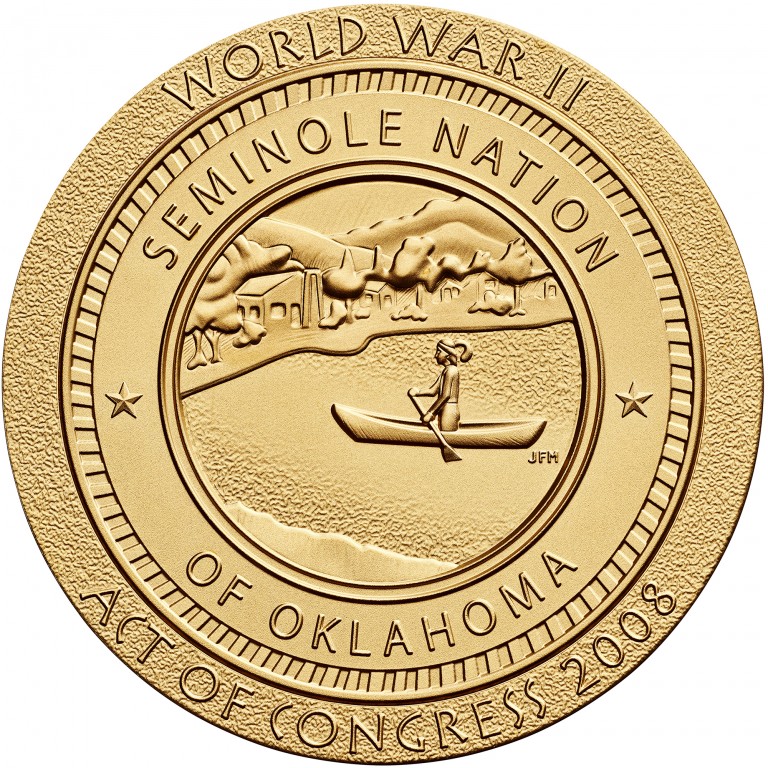 The obverse design features Seminole Nation code talkers with an early period chief in the background. The inscribed phrase ACEMEKET HECETV HERET OS, which translates to “It is good to climb and see,” is an actual phrase used by Seminole code talkers.

The reverse design depicts a variation of the Seminole Nation of Oklahoma seal.