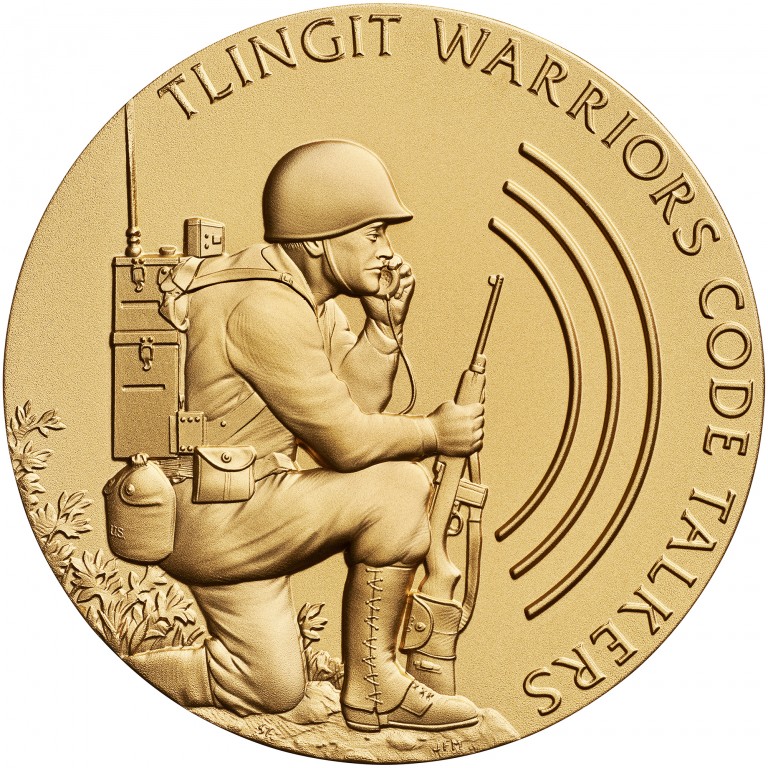 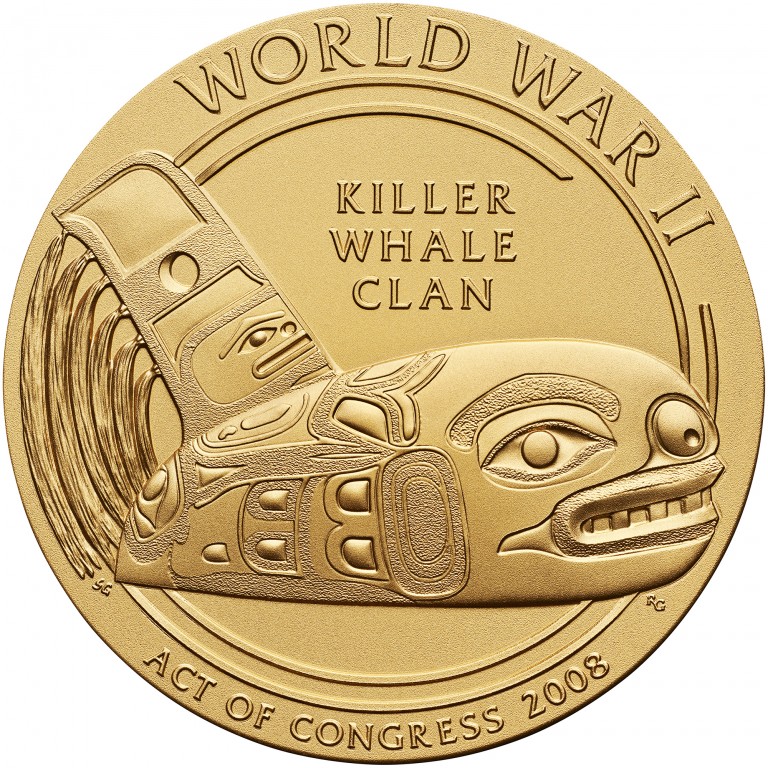 On the obverse design, the antenna on the soldier’s equipment is raised as he talks on his radio sending a coded message. The soldier kneels on his right knee and holds his rifle in his left hand in case of attack. The three semicircles signify the transmission of radio signals.

The reverse design depicts a killer whale headdress representing the Tlingit code talkers of World War II who were affiliated with the Killer Whale Clan.