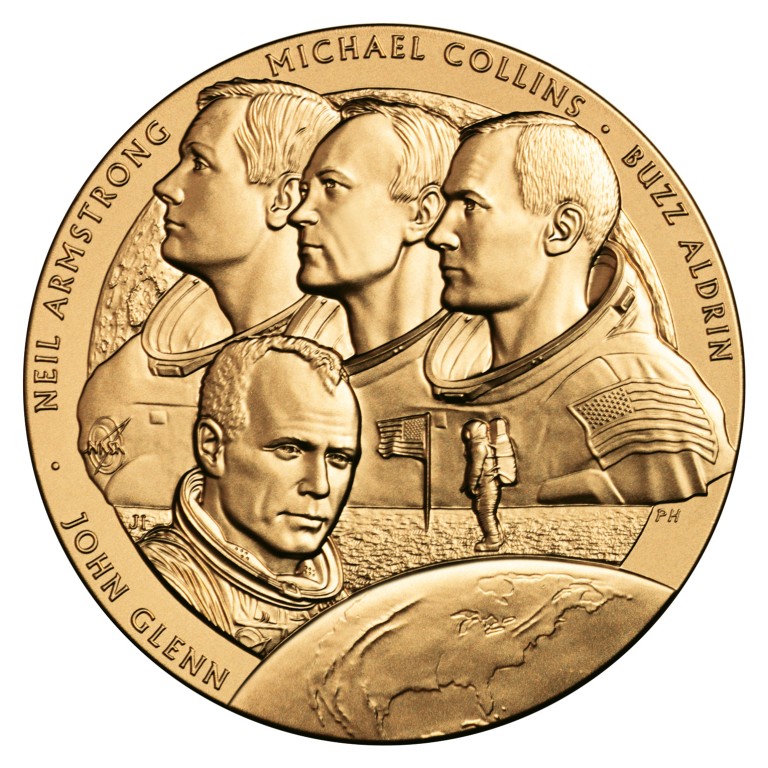 The New Frontier Bronze Medal is a duplicate of the Congressional Gold Medal awarded to astronauts John Herschel Glenn Jr., Neil A. Armstrong, Edwin E. “Buzz” Aldrin Jr., and Michael Collins in recognition of their significant contributions to society, including:

The actions of all four astronauts continue to greatly inspire the people of the United States and entire world.

The obverse depicts the portraits of Apollo 11 astronauts Neil A. Armstrong, Michael Collins, and Edwin E. "Buzz" Aldrin Jr. facing left, and Friendship 7 astronaut John Herschel Glenn Jr. facing right, representing the two historic missions. The design also features a partial view of the Earth from orbit, as well as a horizon line with an astronaut walking on the lunar surface facing the flag.