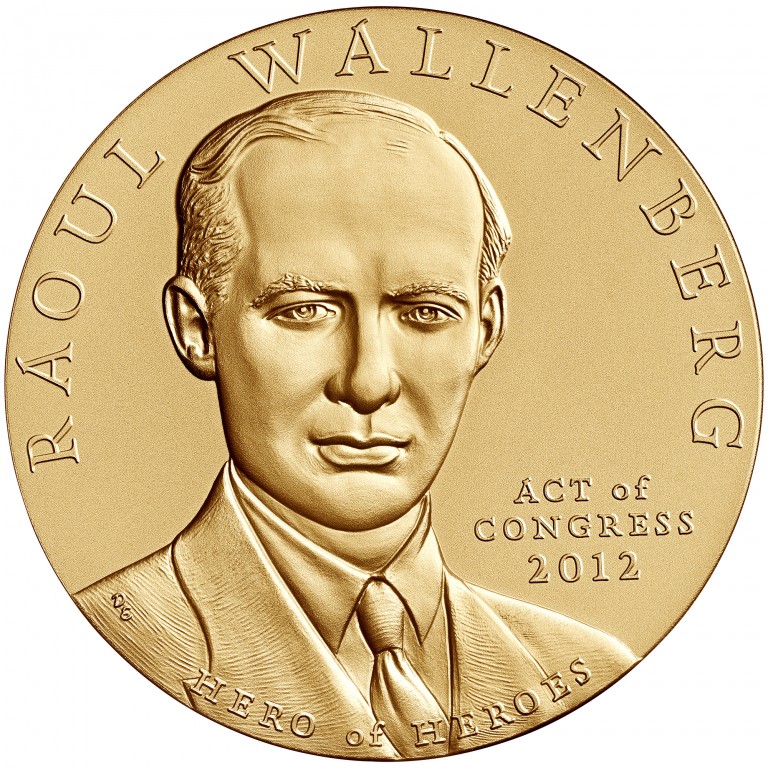 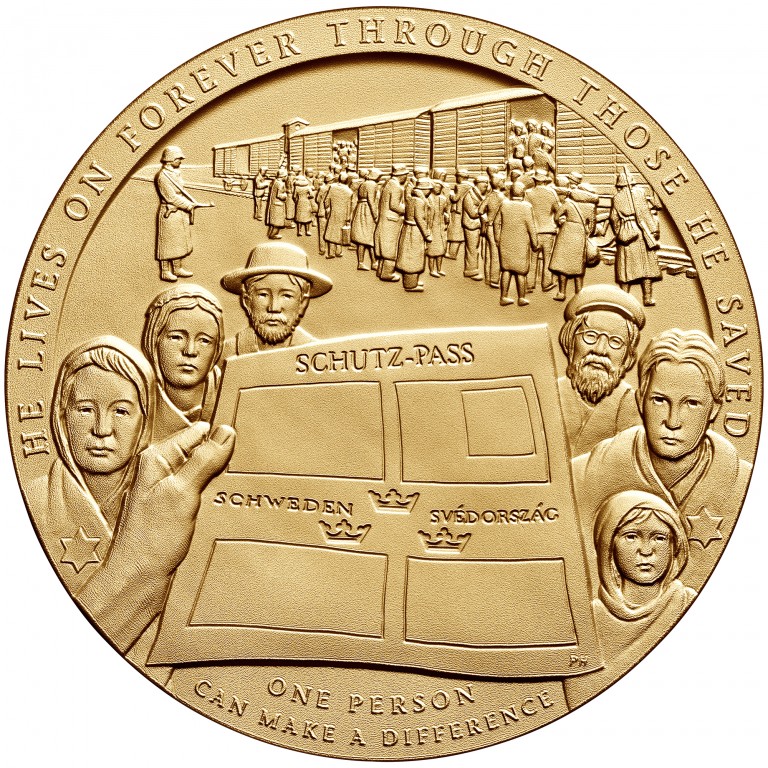 This medal is a bronze replica of the Congressional Gold Medal presented posthumously to Raoul Wallenberg in recognition of Wallenberg’s achievements and heroic actions during the Holocaust.

Raoul Wallenberg was born August 4, 1912. After graduating from the University of Michigan, he pursued a career as a businessman in Sweden, and later became a Swedish diplomat.

While employed at the Holland Bank, Wallenberg met young Jews who had been forced to flee from Nazi persecution in Germany. Working with the War Refugee Board, he helped save more than 100,000 Hungarian Jews during the Holocaust, many of whom later immigrated to the United States. Today, hundreds of thousands of American Jews can directly or indirectly attribute their own lives to Wallenberg’s heroic actions.

Wallenberg’s ultimate fate remains a mystery. In 1981, President Ronald Reagan made him an honorary U.S. citizen, an honor that had only previously been extended to Winston Churchill.

The obverse (heads) features a portrait of Raoul Wallenberg.

The reverse (tails) depicts Wallenberg’s view as he extends a Schutz-pass and a background view of those he could not reach being boarded on a train bound for a concentration camp.