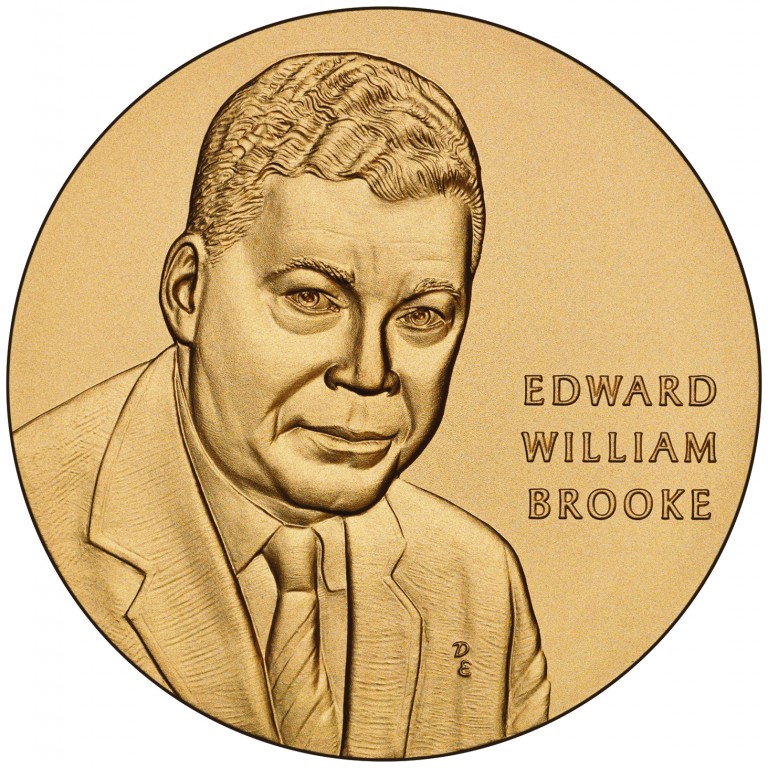 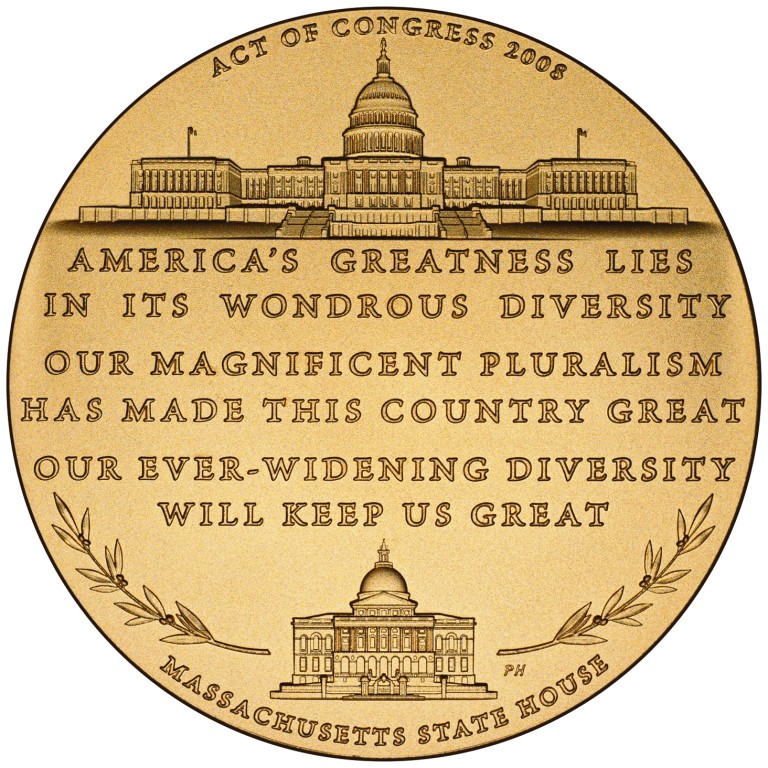 This medal is a bronze duplicate of the Congressional Gold Medal honoring Senator Edward William Brooke III for his unprecedented and enduring service to the nation. Brooke was the first African American elected by popular vote to the United States Senate and served with distinction for two terms from January 3, 1967 to January 3, 1979.

The obverse features an image of Senator Brooke.

The reverse depicts the United Sates Capitol Building at the top of the medal and the Massachusetts State House at the bottom between two olive branches.