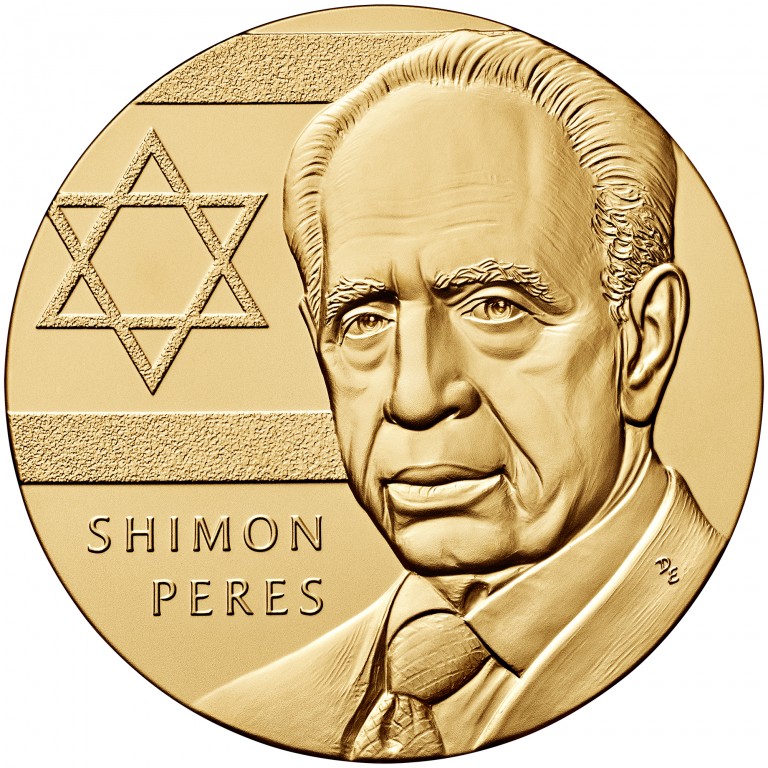 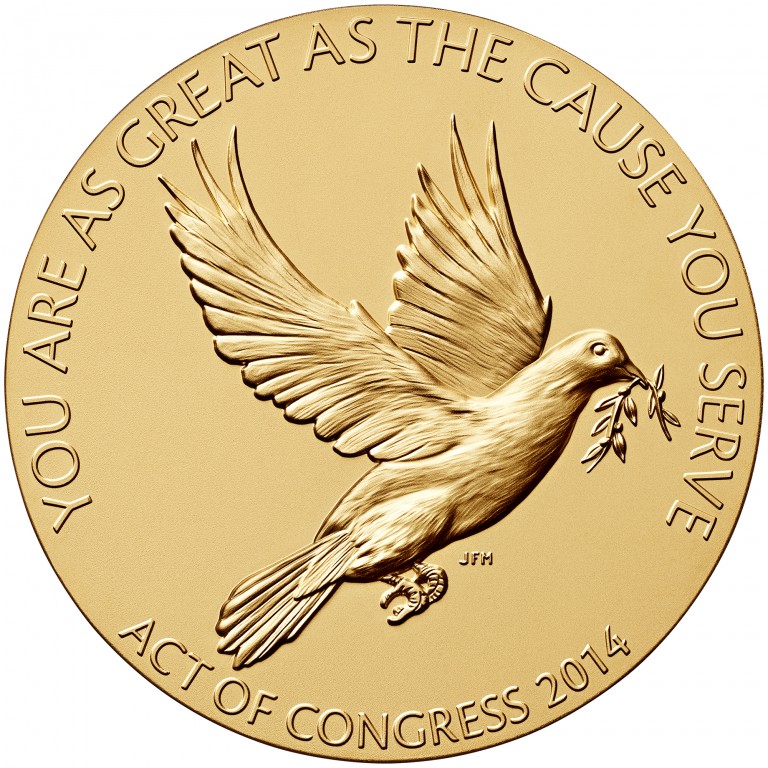 Shimon Peres was born in Poland in 1923 and went on to serve in numerous high–level cabinet positions and ministerial posts in Israel, including head of the Israeli Navy, Minister of Defense, Foreign Minister, Prime Minister, and President.

Peres honorably served Israel for more than 70 years, during which he made significant contributions to American interests and played a pivotal role in forging the strong and unbreakable bond between the U.S. and Israel.

The obverse (heads) features a portrait of Israeli President Shimon Peres with a flag of Israel in the background.