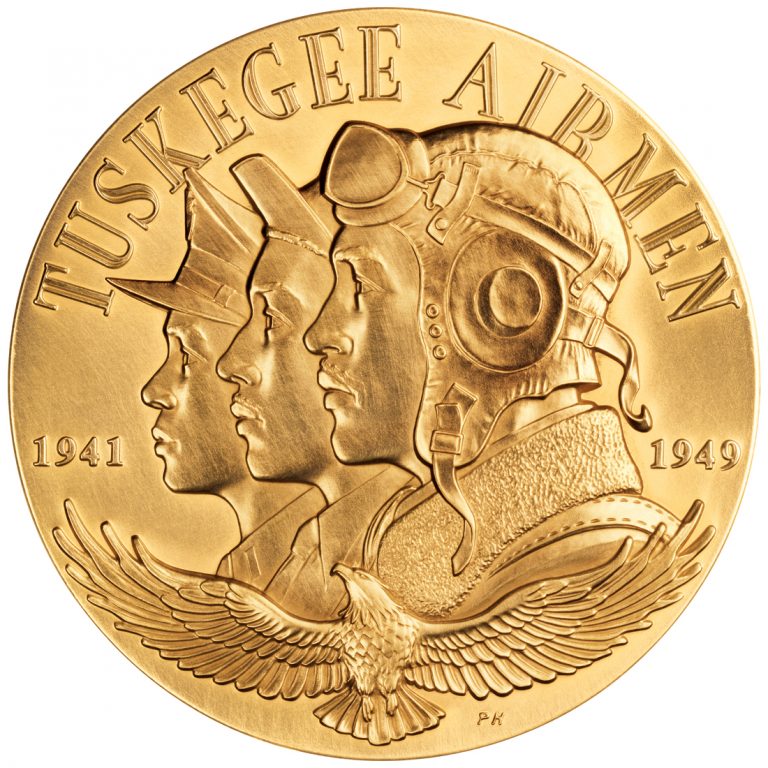 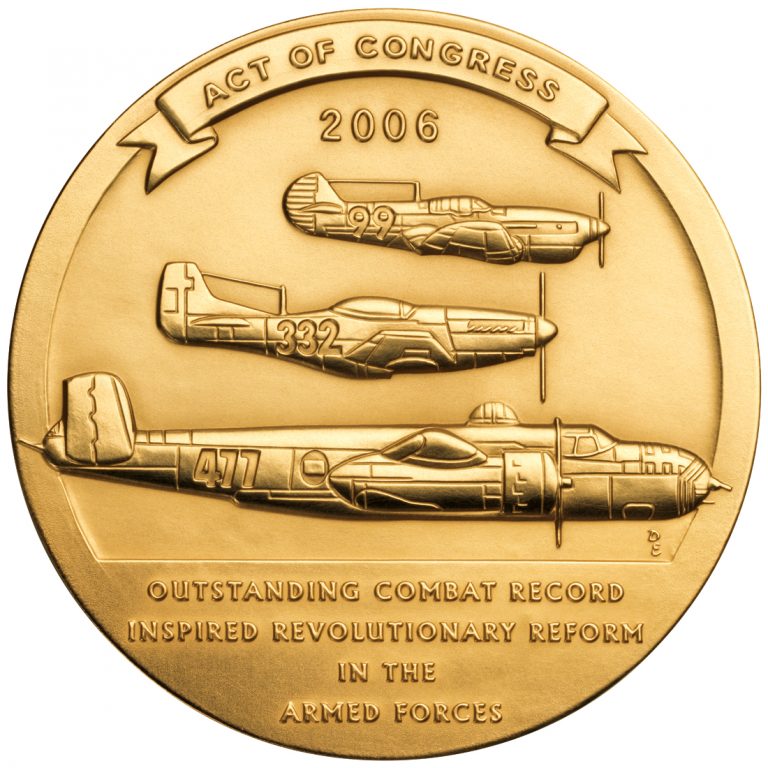 This medal is a bronze duplicate of the Congressional Gold Medal honoring the Tuskegee Airmen, a group of African-American pilots who flew for the United States Army Air Corps during World War II. Congress authorized the medal on April 11, 2006. It was presented to the Tuskegee Airmen on March 29, 2007.

The Airmen’s unique military record inspired revolutionary reform in the military, paving the way for full racial integration in the Armed Forces.

The obverse design features three Tuskegee Airmen in profile. Their headgear designates them as an officer, a mechanic, and a pilot. Below these busts, an eagle flies with wings outstretched, symbolizing flight, nobility, and the highest ideals of the Nation.