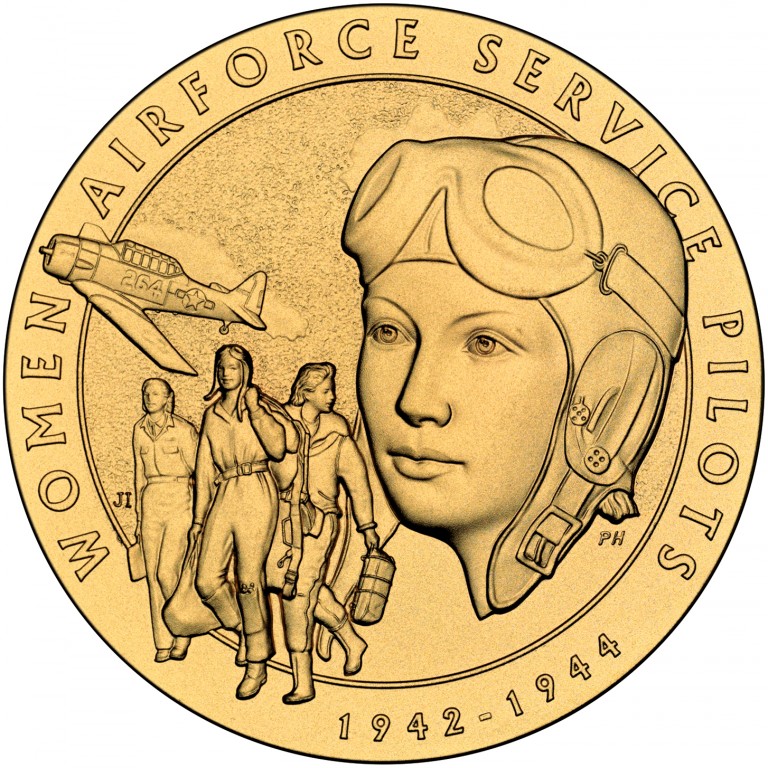 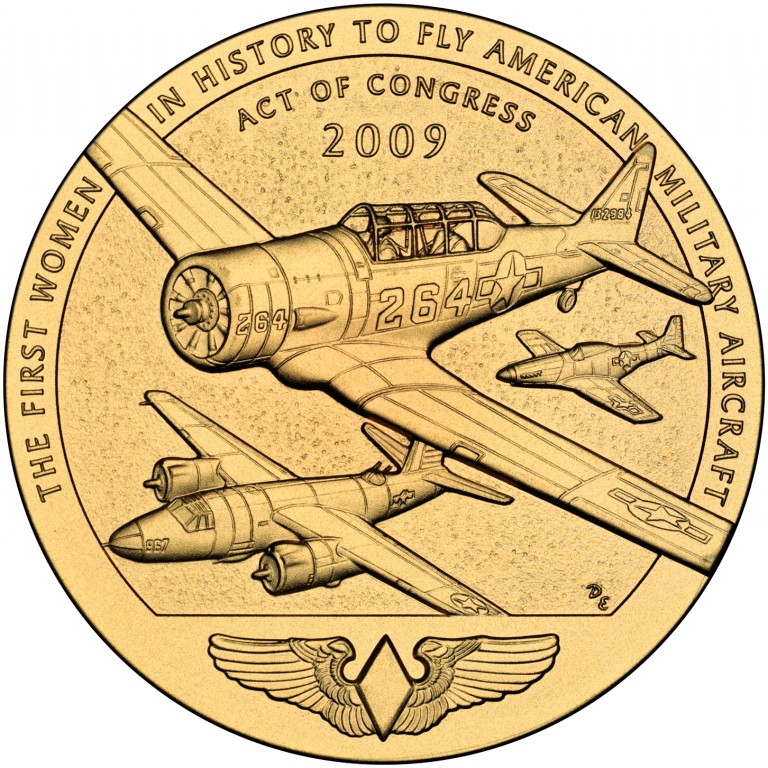 This medal is a bronze duplicate of the Congressional Gold Medal presented to the Women Airforce Service Pilots (WASP) in recognition of their pioneering military service that led to reform in the U.S. Armed Forces. Congress authorized the medal on July 1, 2009. It was presented on March 10, 2010.

The WASP was composed of the first women in history to fly American military aircraft. They flew more than 60,000,000 miles in every type of aircraft and on every type of assignment flown by their male counterparts except combat missions. During that time, 38 women pilots lost their lives.

The obverse depicts the portrait of a WASP with three others in the foreground in flight uniforms walking toward their aircraft. An airborne AT-6 is featured in the background breaking through the inner rim of the medal.