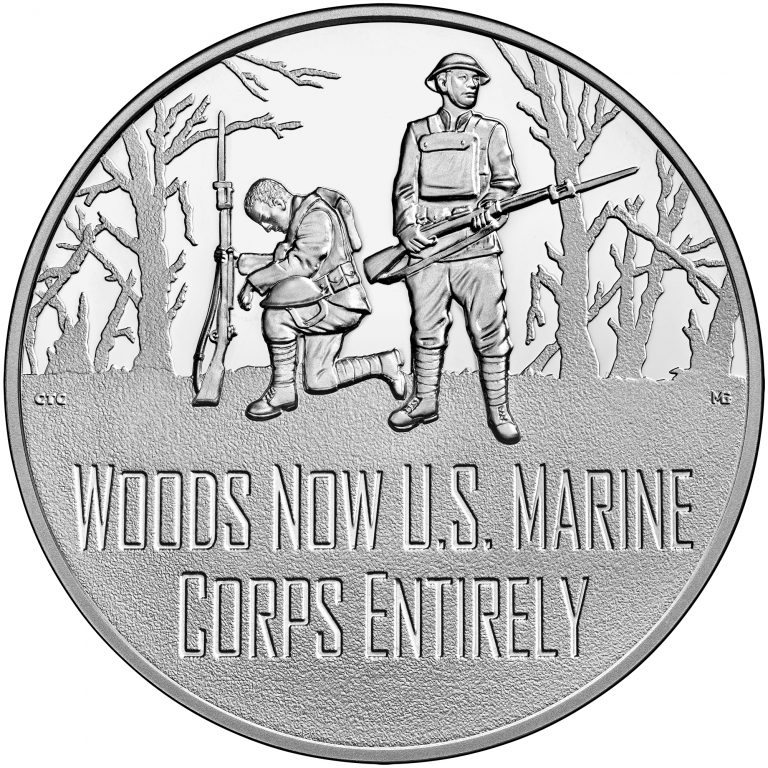 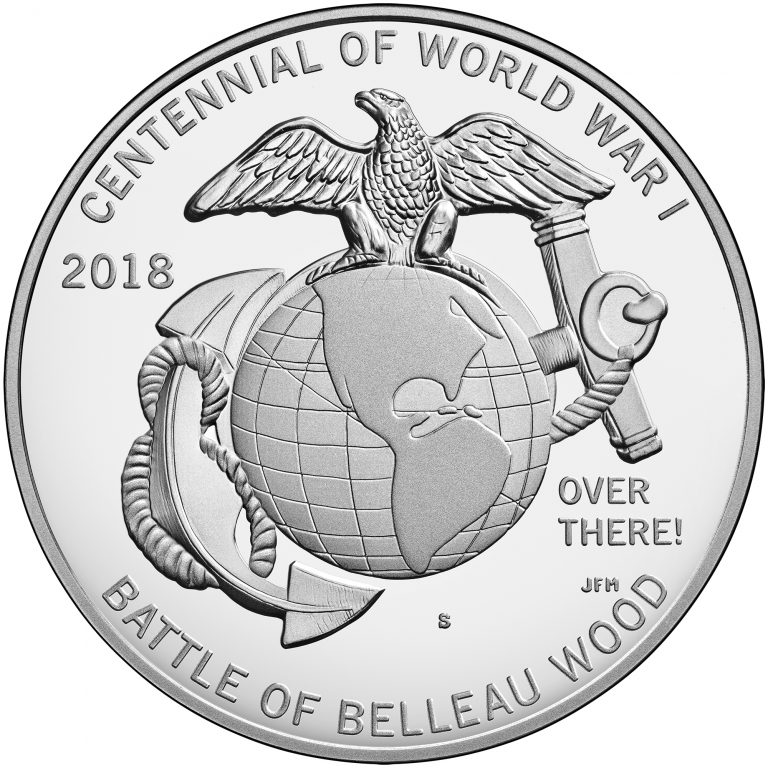 The obverse design depicts the aftermath of the Battle of Belleau Wood. One Marine stands guard as the other kneels to pay respect to the fallen.  The inscription quotes a report to the American Expeditionary Forces: “WOODS NOW U.S. MARINE CORPS ENTIRELY.”

The reverse design features the World War I-era version of the Eagle, Globe, and Anchor emblem.