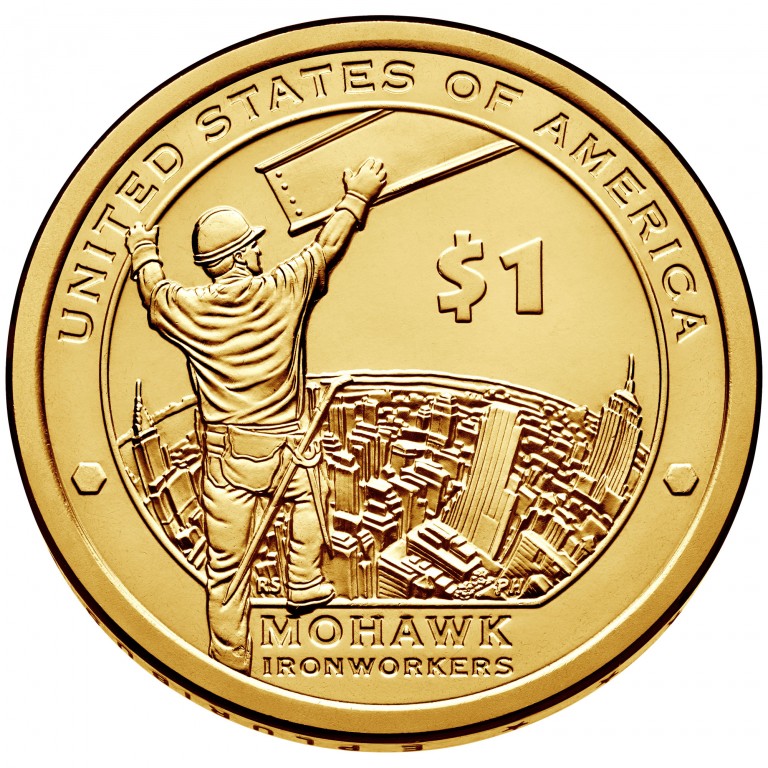 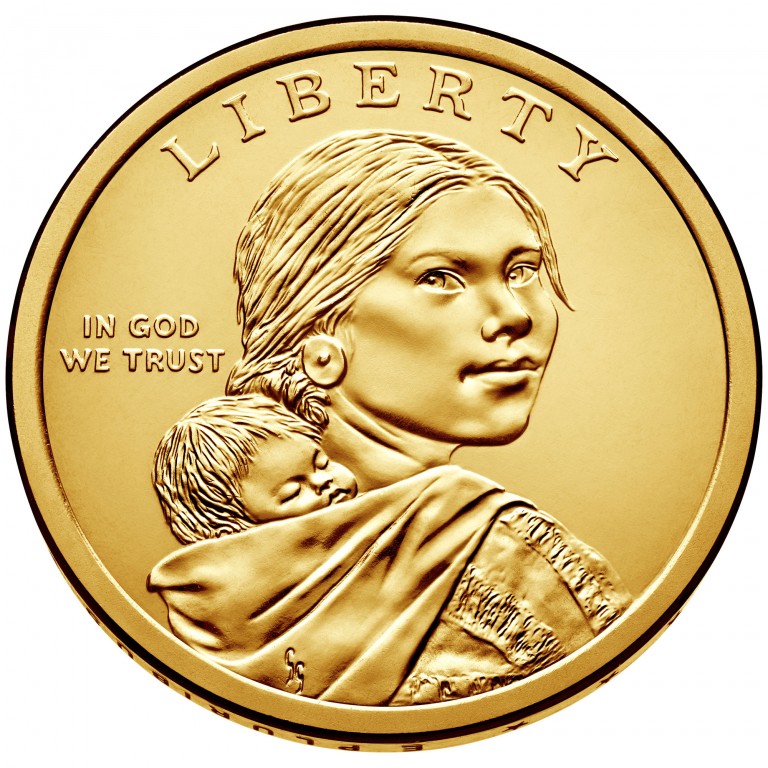 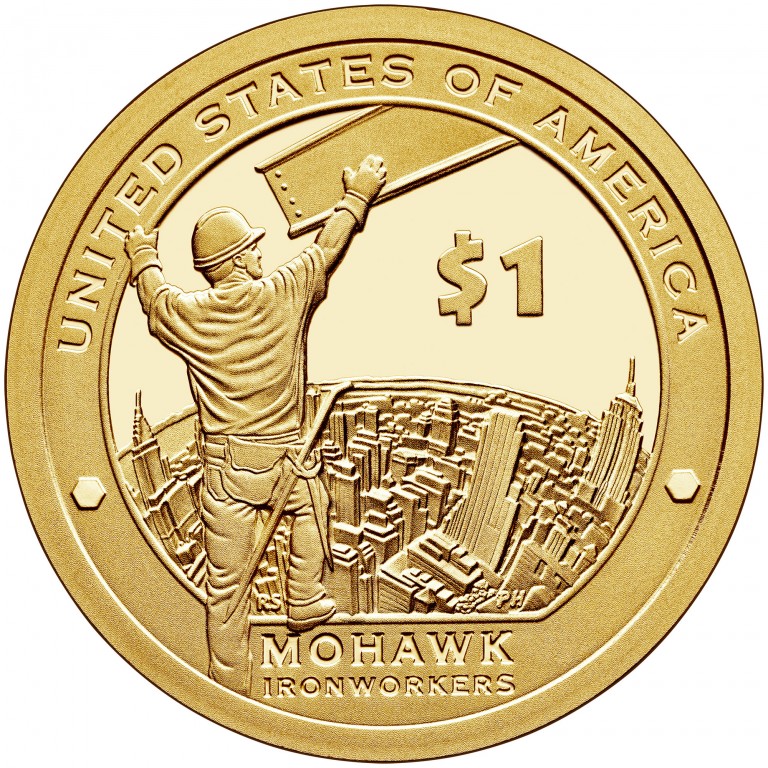 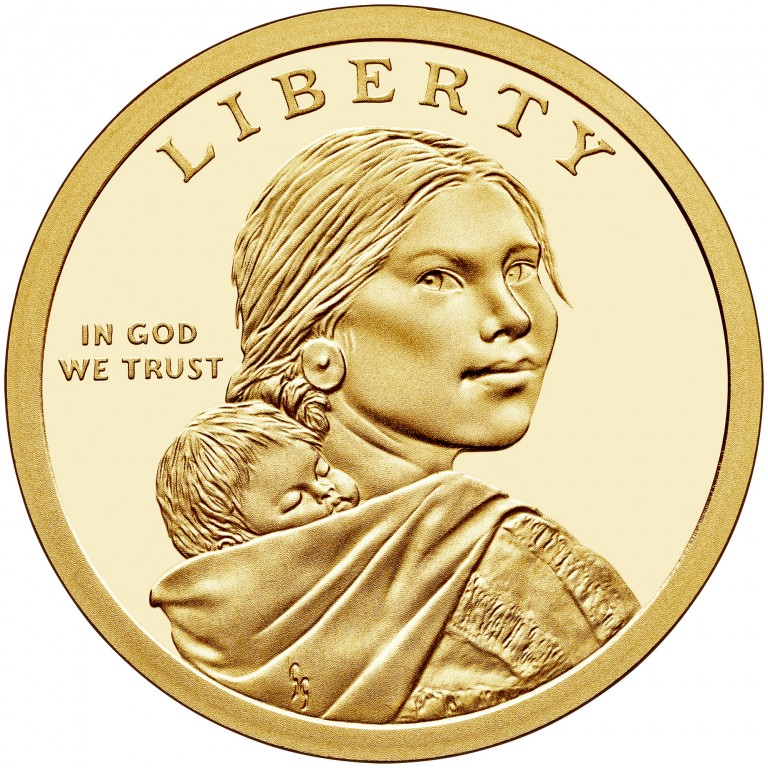 The 2015 Native American $1 Coin commemorates the contributions of the Kahnawake Mohawk and Mohawk Akwesasne communities to “high iron” construction work and the building of New York City skyscrapers.

American Indians have become legendary figures in hazardous occupations. Tribes take great pride in the bravery of their people, whether displayed in “high iron” construction work on the tallest skyscrapers or fire jumping and brake-cutting in the face of the West’s raging wildfires. These occupations receive the honor given to warriors in days past, and they carry on the ancient ethic of putting one’s life on the line to protect the welfare and safety of the people. Just as the ancient warriors devoted themselves to preserving all the people of the tribe, the modern risk-takers see their occupations as a contribution to the public good.

The tradition of Mohawk high iron working dates to 1886, when the Dominion Bridge Company started a bridge from the Kahnawake Mohawk community across the St. Lawrence River. Mohawks were first employed as day laborers, but they insisted on working on the bridge itself, and supervisors were amazed at their ability to handle heights. The danger of the work became evident in 1907 at the Quebec Bridge project, designed to be the largest cantilevered bridge in the world. On August 29, the structure failed, and the bridge collapsed into the river, killing 33 Mohawk workers. Four family names were wiped out. After the disaster the Kahnawake Clan Mothers ruled that large numbers of Mohawk men could not work on the same project at the same time.

Native ironworkers were in increasing demand in the 20th century as skyscrapers, tall bridges, and other high elevation projects began to go up around North America. Crews from Kahnawake and the Mohawk Akwesasne communities in upstate New York and Canada made the trek to New York City to build its skyline, including the Empire State Building, the Chrysler Building, and work above the 80th floor on the World Trade Center twin towers. At one point, one in four men at Akwesasne worked in high-rise construction.

The tradition entered a new and poignant phase after the September 11, 2001, attacks on the World Trade Center, witnessed at close hand by a Mohawk construction crew on a nearby building. Dozens of Mohawk ironworkers volunteered for the dangerous job of removing debris. The venerated “9-11” flag displayed at the 2002 Winter Olympics was recovered from the lobby of Six World Trade Center by a Mohawk worker from Akwesasne on the day after the attack. The St. Regis Reservation Tribal Council—the government for the U.S. side of the Mohawk Akwesasne community that straddles the Canada/U.S. border— and the iron workers local union collected respirators to donate to the New York Fire Department for the recovery effort.

The reverse design depicts a Mohawk ironworker reaching for an I-beam that is swinging into position, rivets on the left and right side of the border, and a high elevation view of the city skyline in the background.