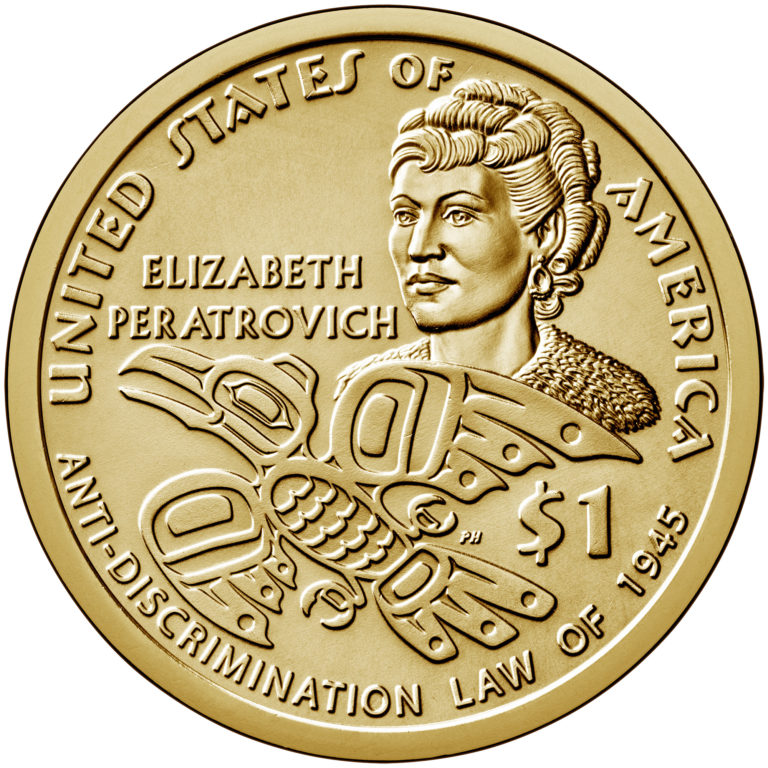 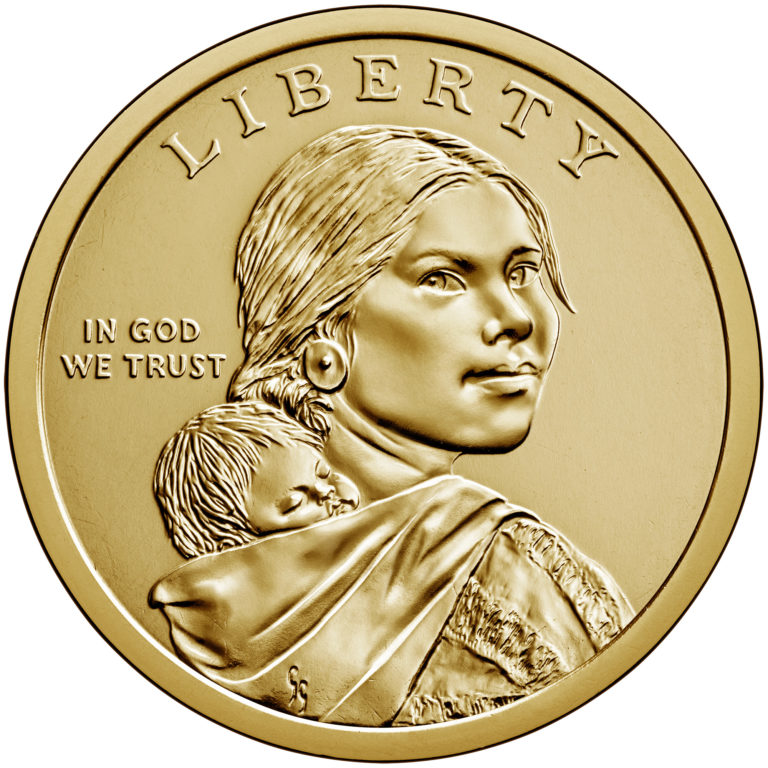 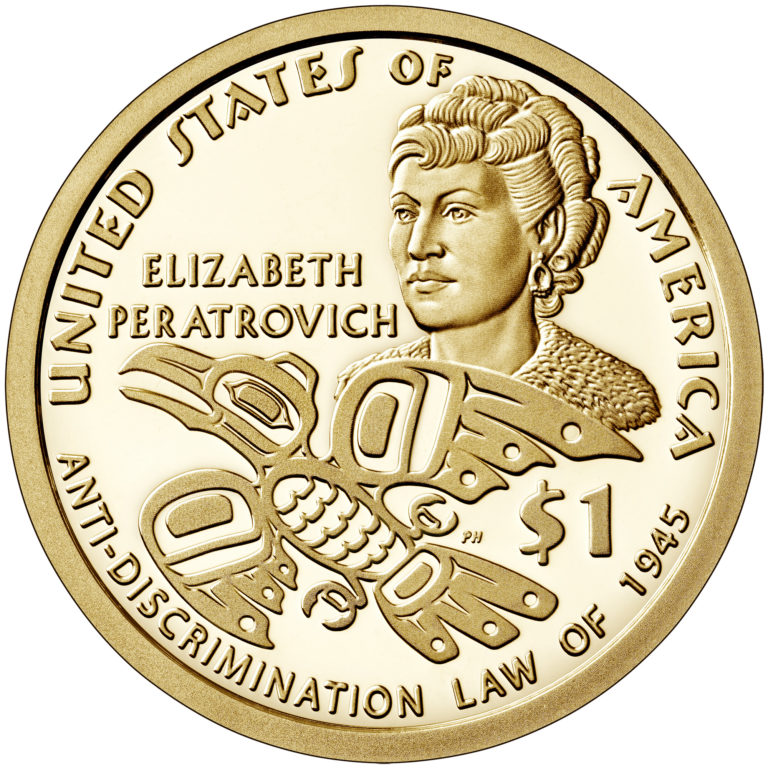 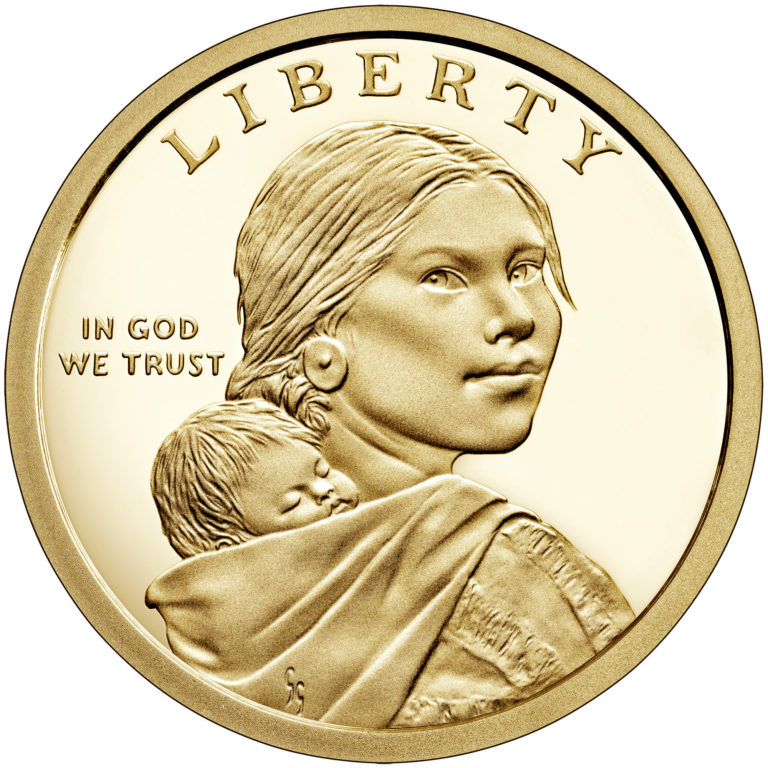 The theme of the 2020 Native American $1 Coin design is Elizabeth Peratrovich and Alaska’s Anti-Discrimination Law.

The first anti-discrimination law in the United States, prohibiting discrimination in access to public accommodations, was passed in the Alaskan territorial government in 1945. Elizabeth Peratrovich (Tlingit nation), through her advocacy for Alaskan Natives with her husband Roy and an impassioned speech in the Alaskan Senate in support of the law, is widely credited with getting it passed.

The reverse (tails) design features a portrait of Elizabeth Peratrovich, whose advocacy was considered a deciding factor in the passage of the 1945 Anti-Discrimination Law in the Alaskan Territorial Government. The foreground features a symbol of the Tlingit Raven moiety, of which she was a member.