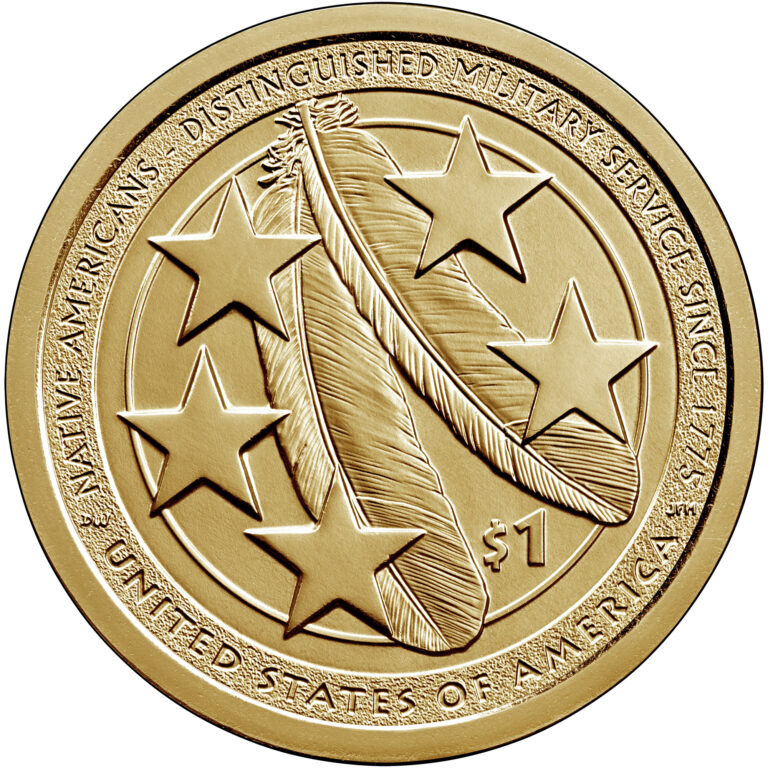 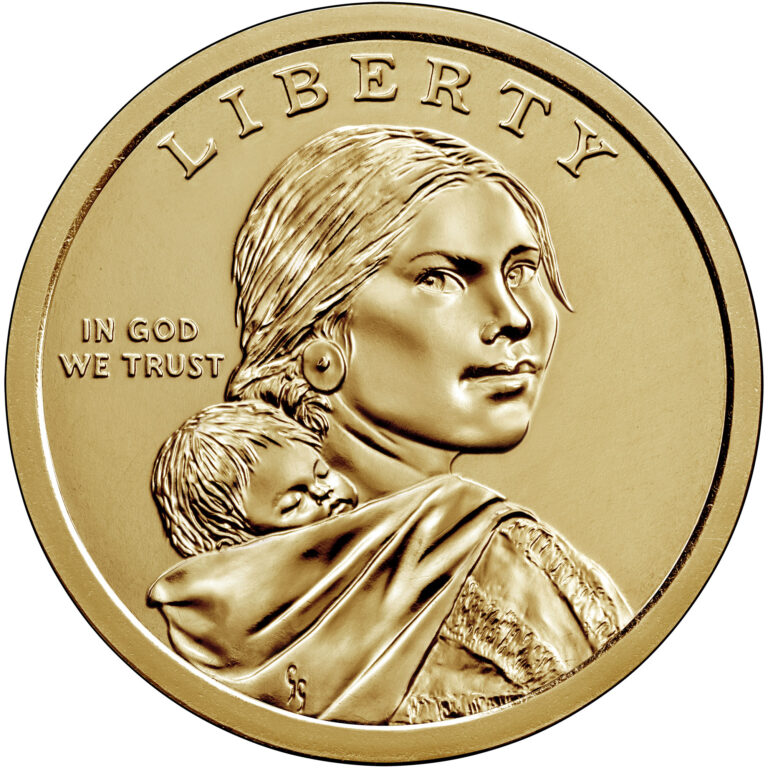 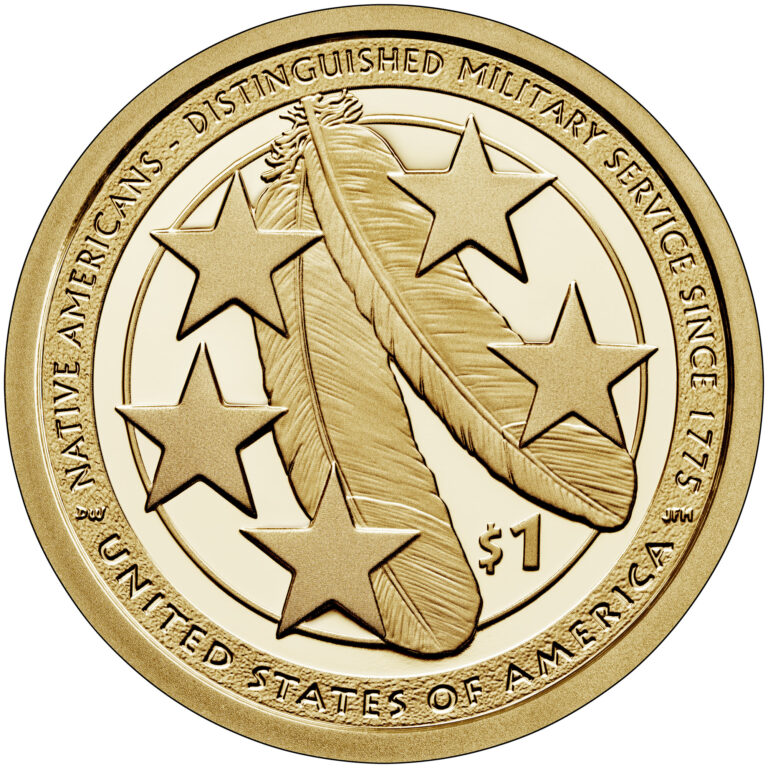 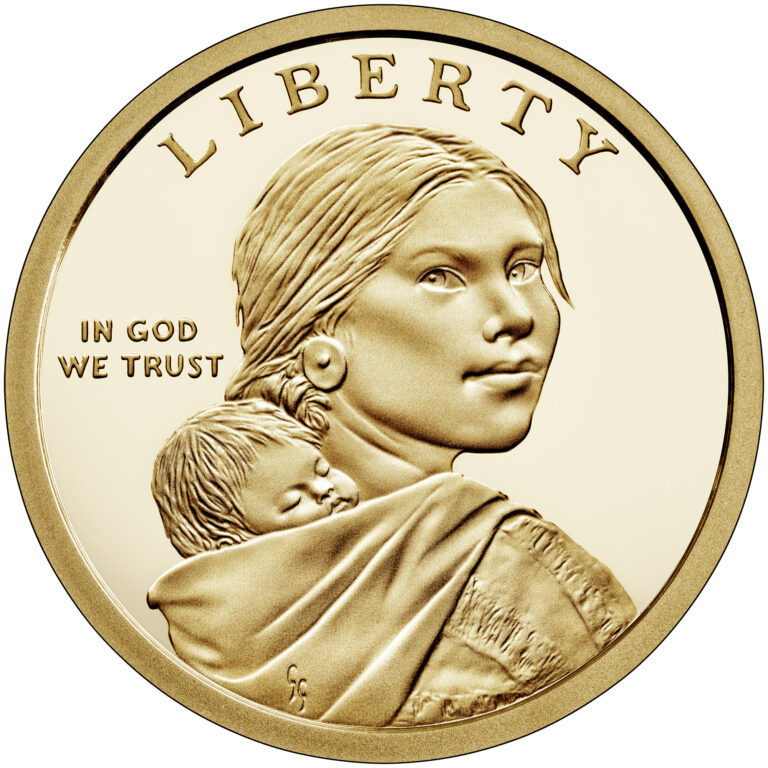 Native Americans have received recognition for their service, including five Medals of Honor during World War II. Their exemplary record of military service continues to this day.

The reverse (tails) design features eagle feathers, which were traditionally earned in battle or by performing a brave deed. Eagle feathers are revered and respected, receiving the utmost care and handling, and are to be displayed proudly in homes. Stars representing five branches of the U.S. military are in the foreground, while a circle provides an additional reference to Native Americans.