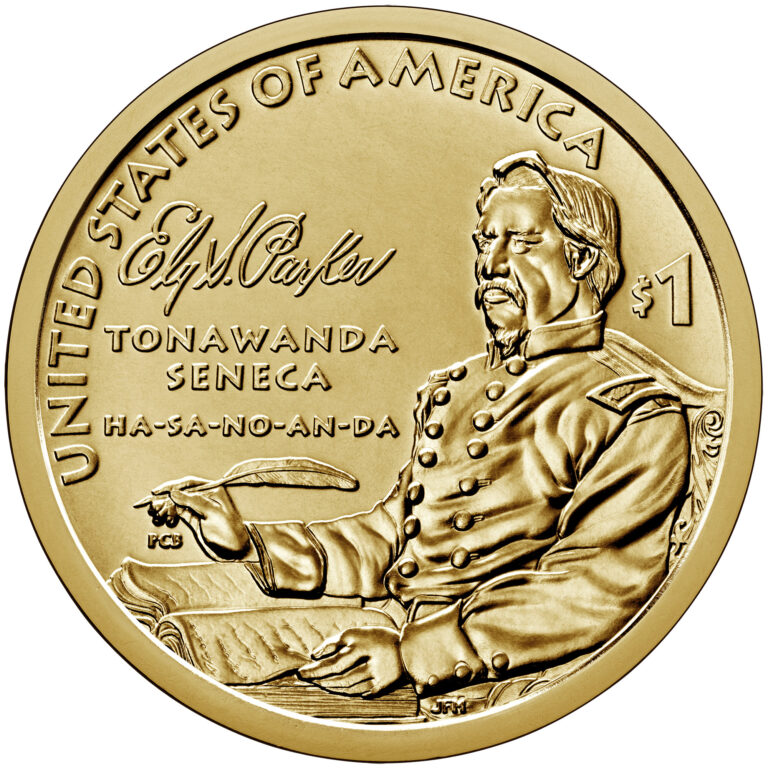 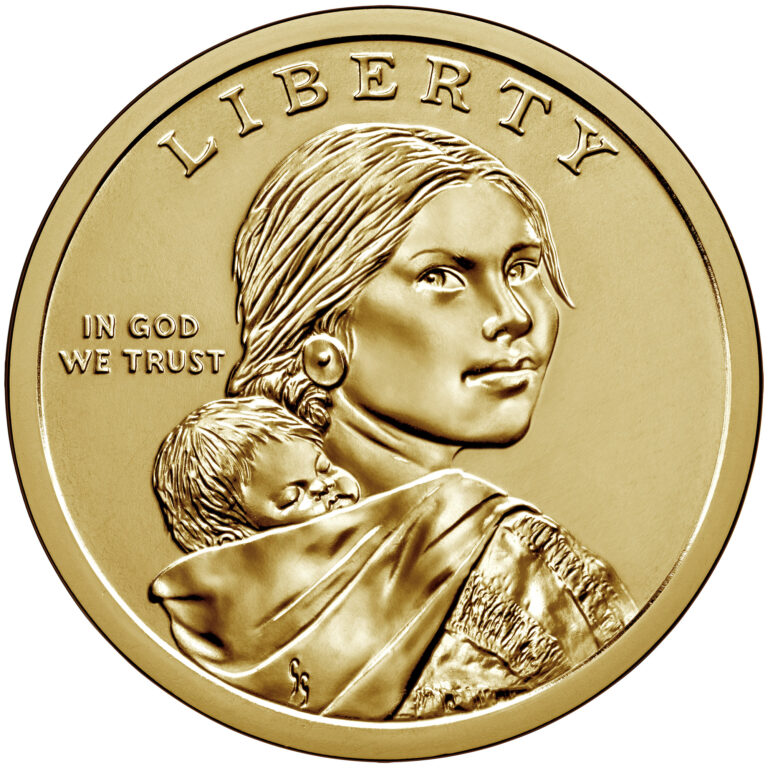 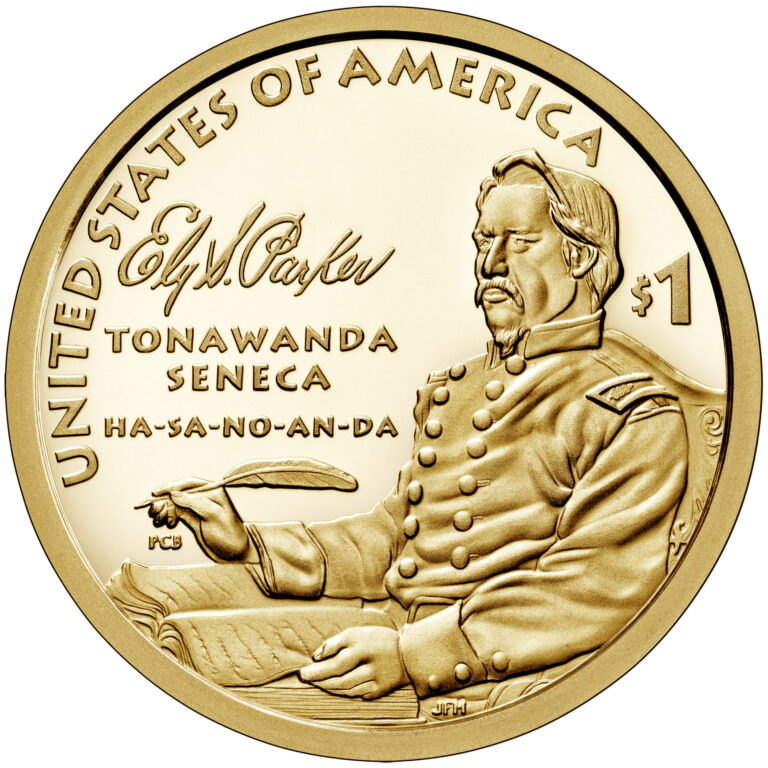 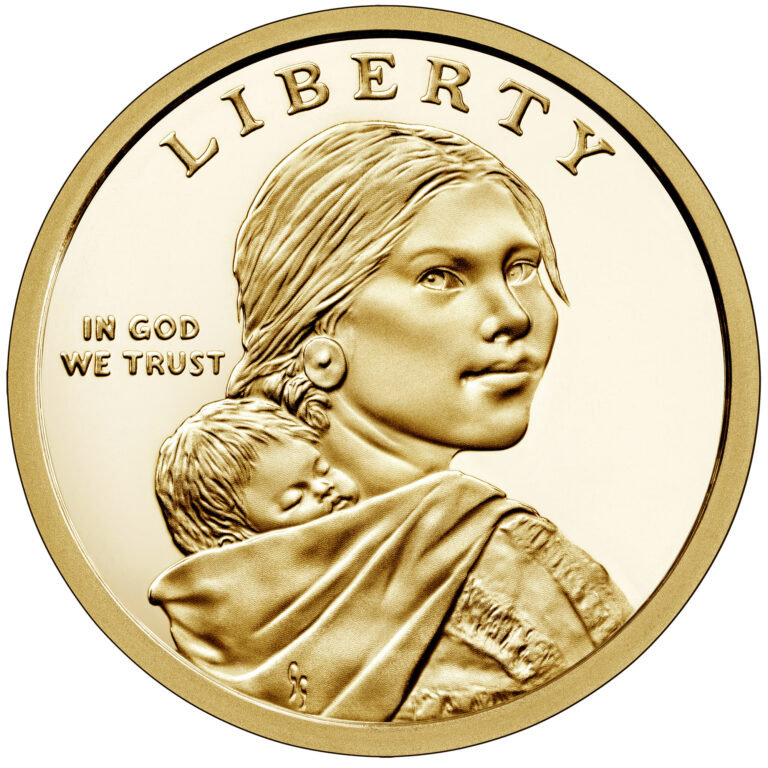 The 2022 Native American $1 Coin honors Ely Samuel Parker, a U.S. Army officer, engineer, and tribal diplomat, who served as military secretary to Ulysses S. Grant during the U.S. Civil War. When Robert E. Lee surrendered at Appomattox, Virginia, on the morning of April 9, 1865, Parker rendered the formal surrender documents in his own hand.

The reverse (tails) design features Ely Samuel Parker, depicted in Army uniform. A quill pen and book, along with a likeness of his graceful signature, are symbols of his experience as an expert communicator. The inscriptions “TONAWANDA SENECA” and “HA-SA-NO-AN-DA” recognize his tribe and the name given to him at birth.