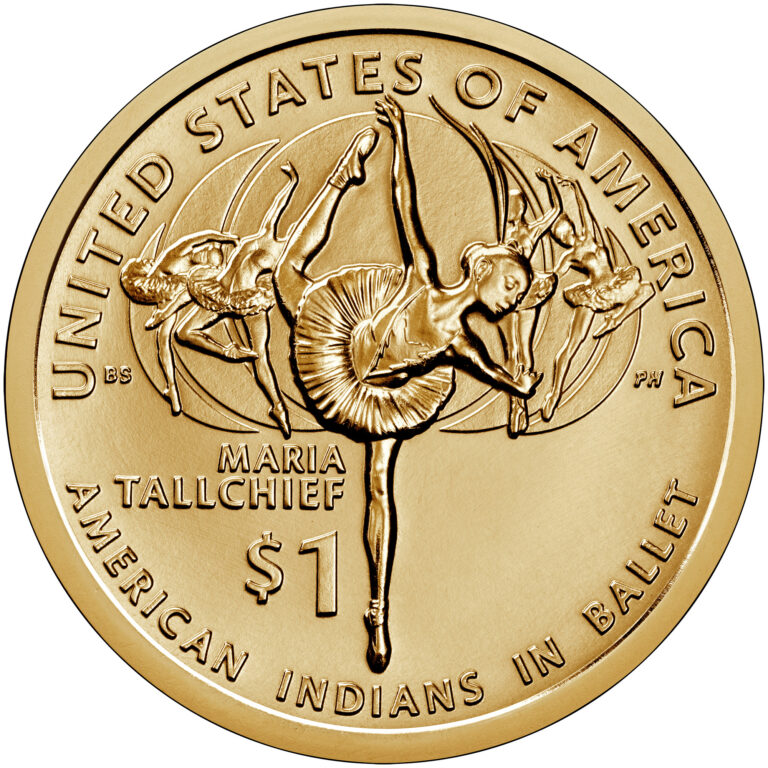 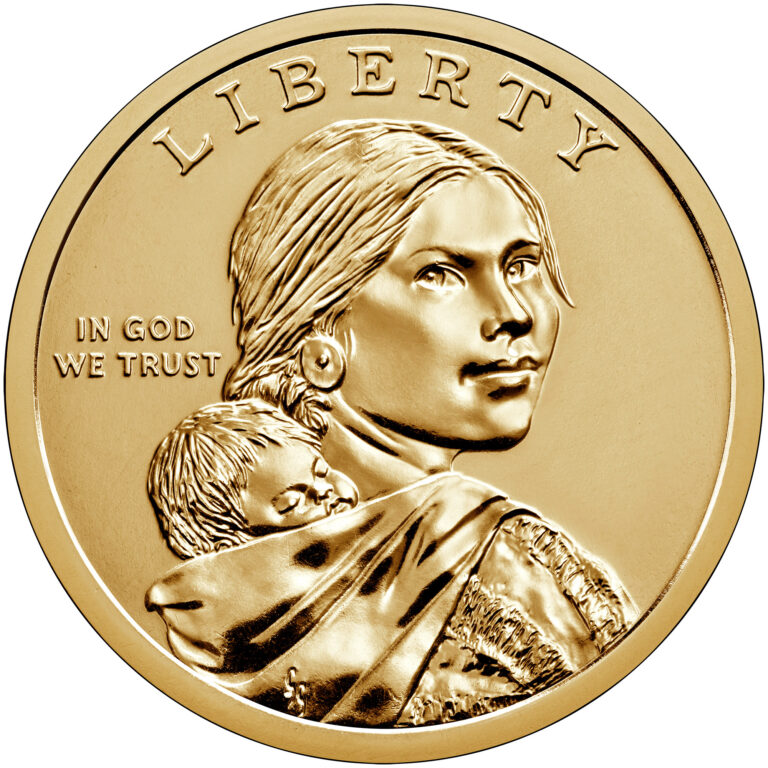 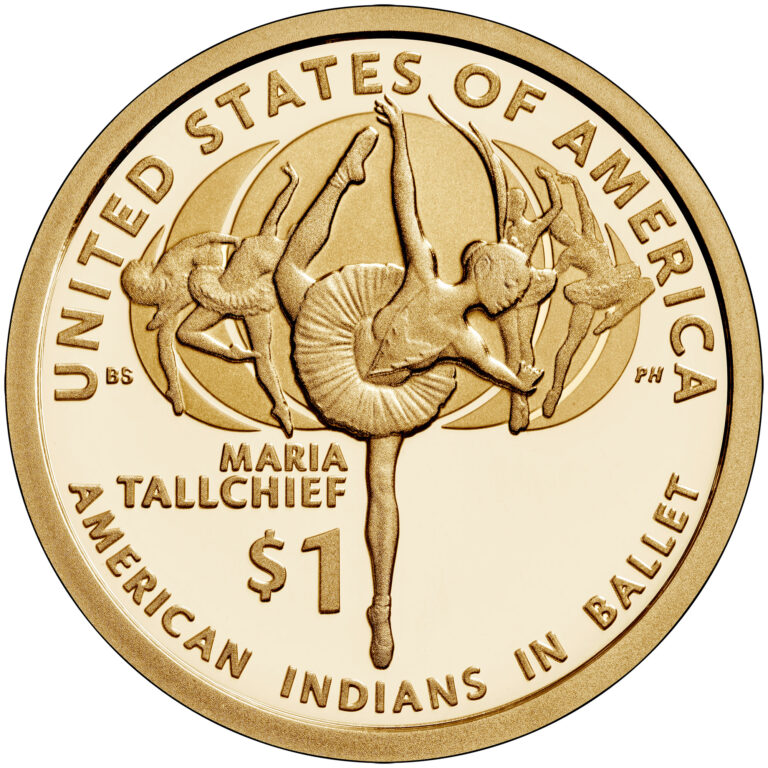 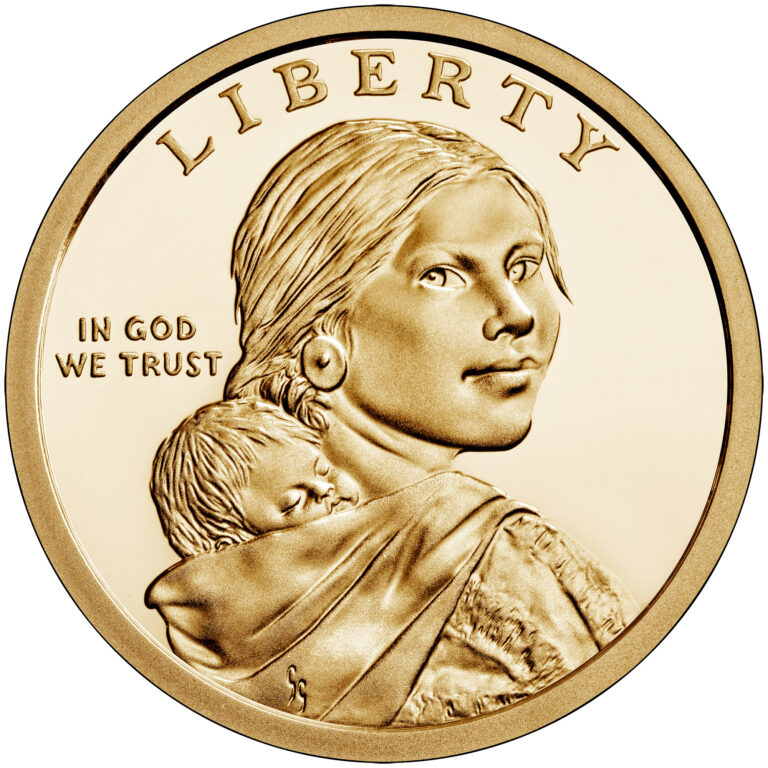 The theme of the 2023 Native American $1 Coin is:  Maria Tallchief and American Indians in Ballet.

Maria Tallchief is considered America’s first major prima ballerina. She is the first Native American (Osage Nation) to hold the rank. In addition to Tallchief, four other American Indian ballerinas from Oklahoma achieved international recognition in the 20th century, including her younger sister Marjorie Tallchief, Yvonne Chouteau, Rosella Hightower, and Moscelyne Larkin.  Celebrated as the “Five Moons,” their legacy of achievement and inclusion continues to influence ballet today.

The reverse (tails) design features Maria Tallchief in balletic pose. A nod to the “Five Moons” is presented in the lunar motif, while the four ballerinas in the background are symbolic of both Tallchief’s American Indian ballerina contemporaries and the generations of dancers they inspired.