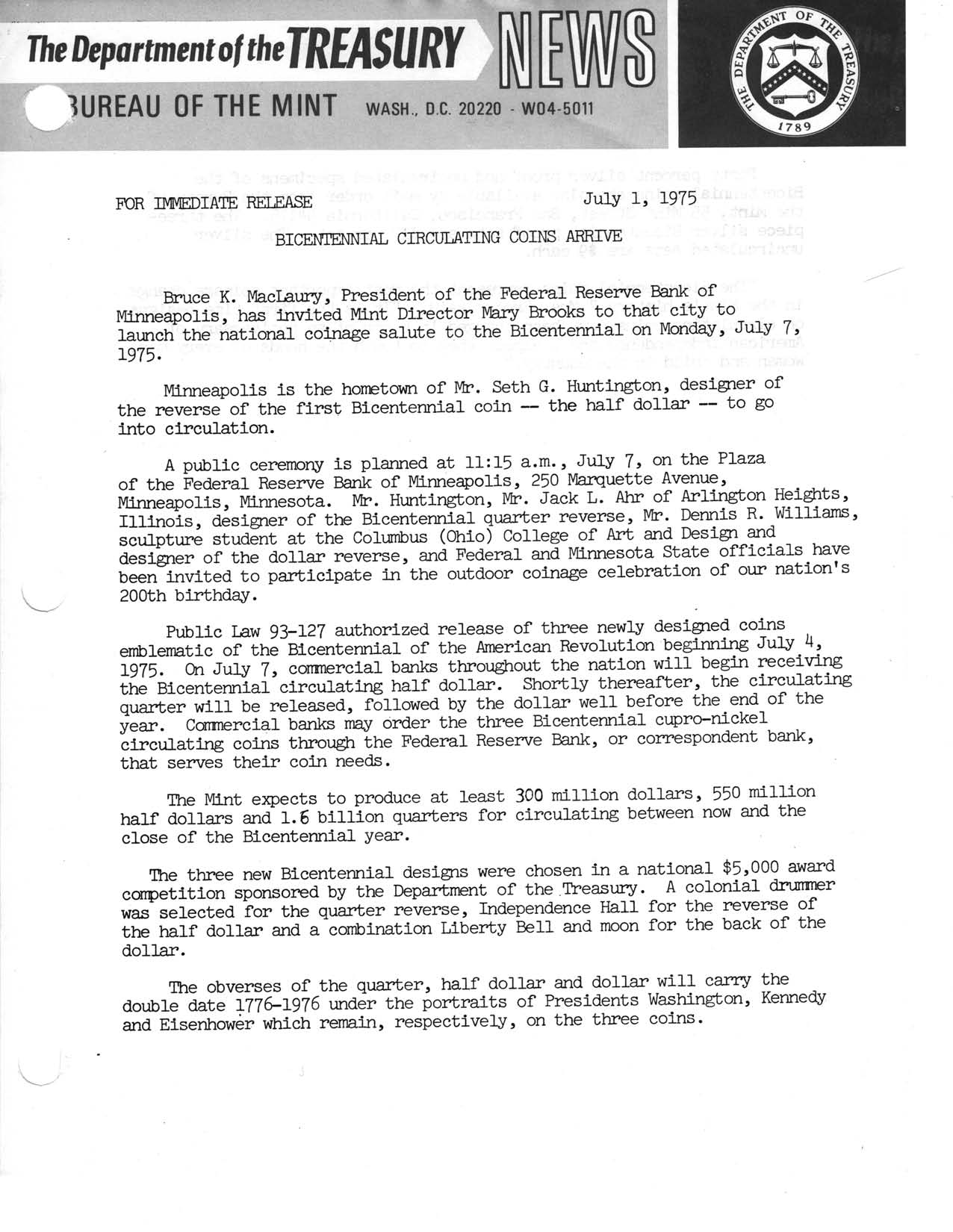 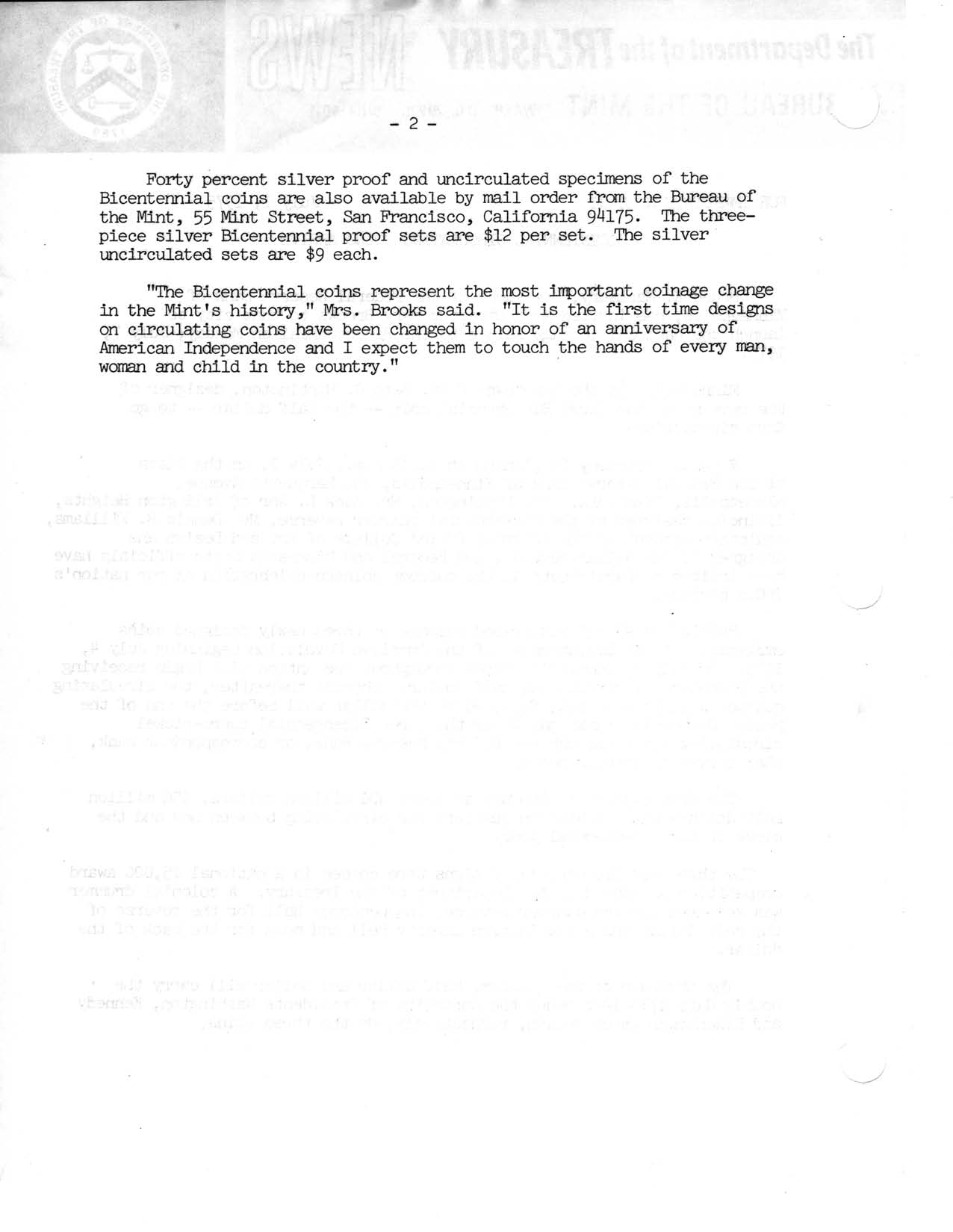 Bruce K. MacLaury, President of the Federal Reserve Bank of Minneapolis, has invited Mint Director Mary Brooks to that city to launch the national coinage salute to the Bicentennial on Monday, July 7, 1975.

Minneapolis is the hometown of Mr. Seth G. Huntington, designer of the reverse of the first Bicentennial coin—the half dollar—to go into circulation.

A public ceremony is planned at 11:15 a.m., July 7, on the Plaza of the Federal Reserve Bank of Minneapolis, 250 Marquette Avenue, Minneapolis, Minnesota. Mr. Huntington, Mr. Jack L. Ahr of Arlington Heights, Illinois, designer of the Bicentennial quarter reverse, Mr. Dennis R. Williams, sculpture student at the Columbus (Ohio) College of Art and Design and designer of the dollar reverse, and Federal and Minnesota State officials have been invited to participate in the outdoor coinage celebration of our nation’s 200th birthday.

The Mint expects to produce at least 300 million dollars, 550 million half dollars and 1.6 billion quarters for circulating between now and the close of the Bicentennial year.

The three new Bicentennial designs were chosen in a national $5,000 award competition sponsored by the Department of the Treasury. A colonial drummer was selected for the quarter reverse, Independence Hall for the reverse of the half dollar and a combination Liberty Bell and moon for the back of the dollar.

The obverses of the quarter, half dollar and dollar will carry the double date 1776-1976 under the portraits of Presidents Washington, Kennedy and Eisenhower which remain, respectively, on the three coins.

Forty percent silver proof and uncirculated specimens of the Bicentennial coins are also available by mail order from the Bureau of the Mint, 55 Mint Street, San Francisco, California 94175. The three-piece silver Bicentennial proof sets are $12 per set. The silver uncirculated sets are $9 each.

“The Bicentennial coins represent the most important coinage change in the Mint’s history,” Mrs. Brooks said. “It is the first time designs on circulating coins have been changed in honor of an anniversary of American Independence and I expect them to touch the hands of every man, woman and child in the country.”