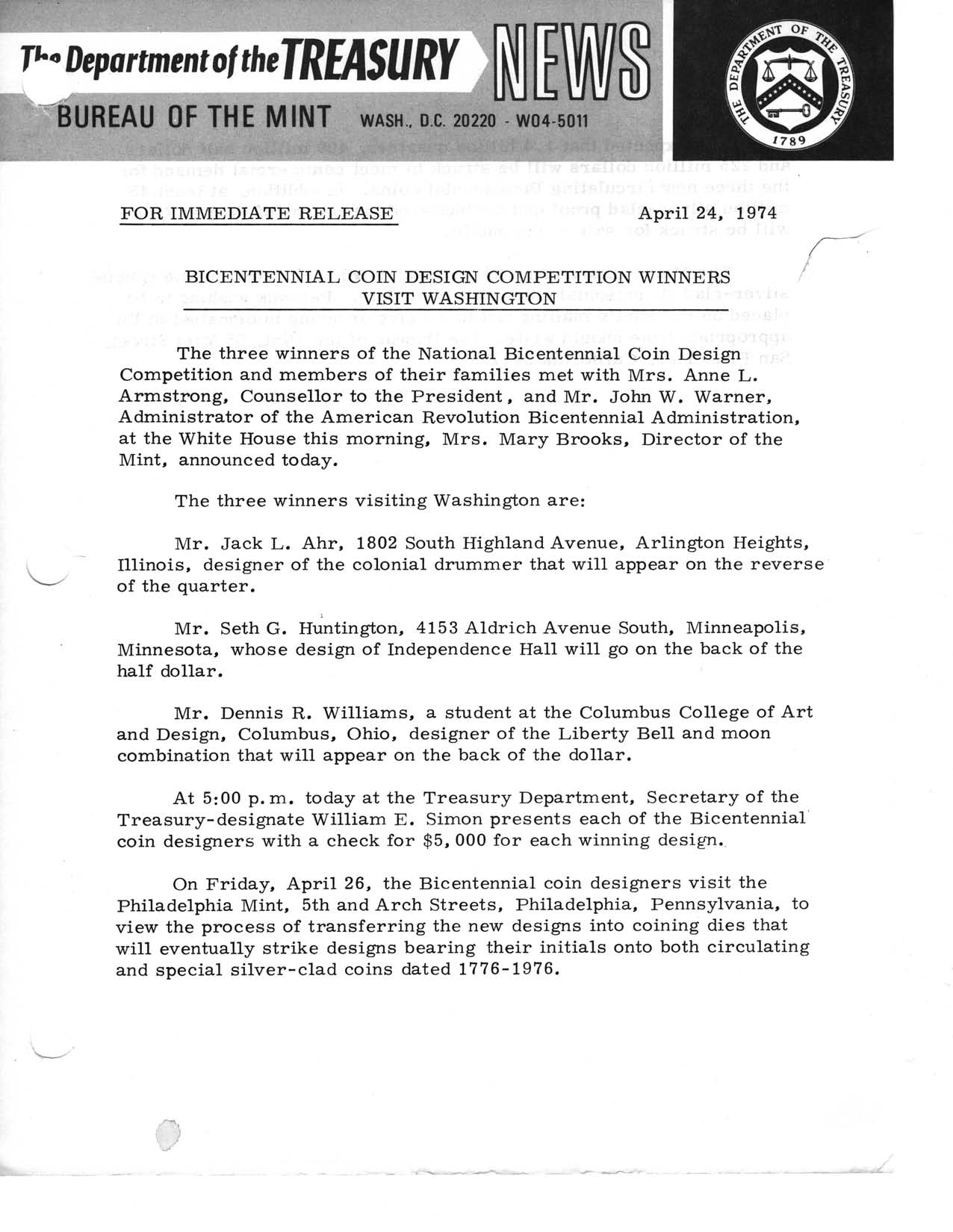 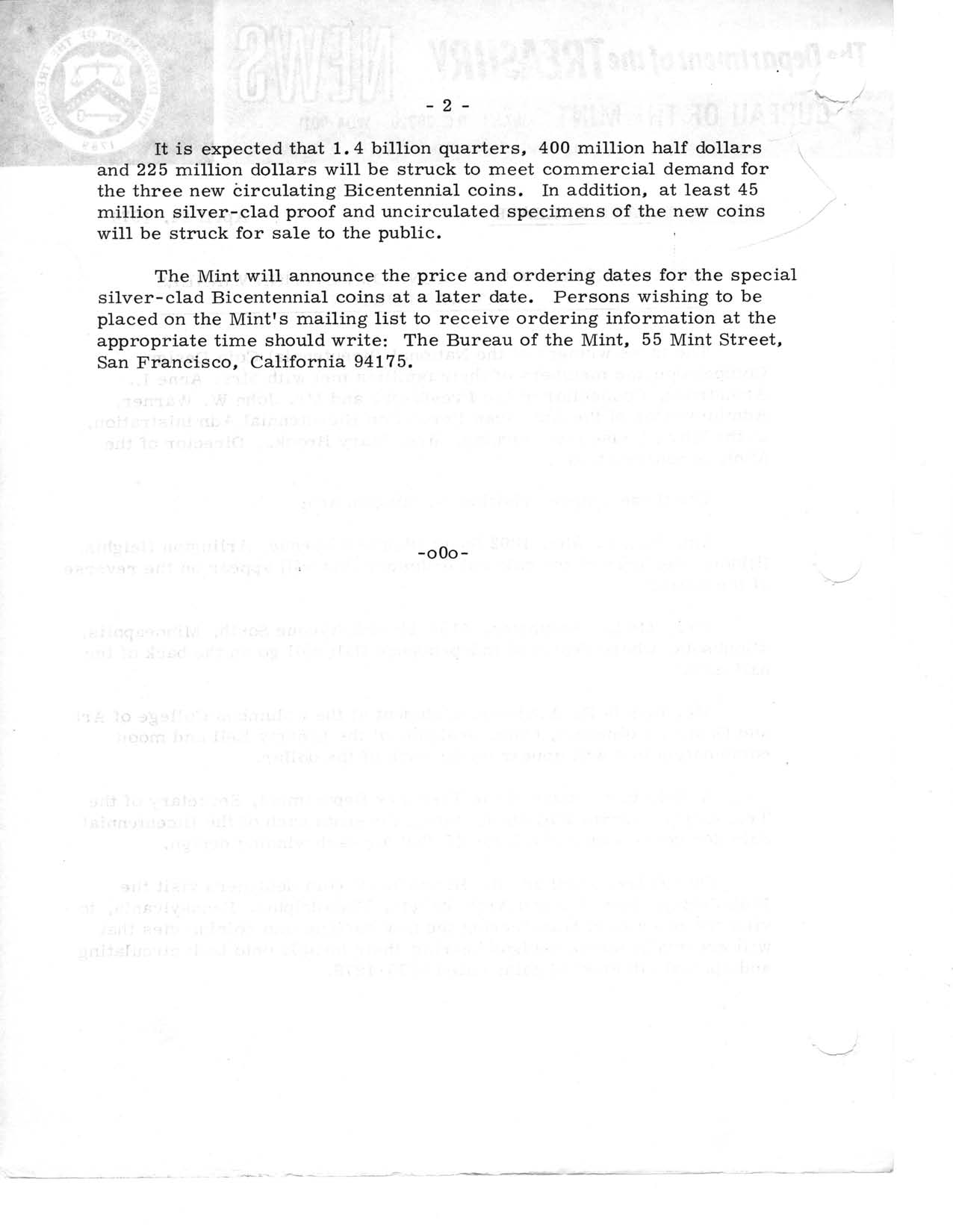 The three winners of the National Bicentennial Coin Design Competition and members of their families met with Mrs. Anne L. Armstrong, Counsellor to the President, and Mr. John W. Warner, Administrator of the American Revolution Bicentennial Administration, at the White House this morning, Mrs. Mary Brooks, Director of the Mint, announced today.

The three winners visiting Washington are:

Mr. Jack L. Ahr, 1802 South Highland Avenue, Arlington Heights, Illinois, designer of the colonial drummer that will appear on the reverse of the quarter.

Mr. Seth G. Huntington, 4153 Aldrich Avenue South, Minneapolis, Minnesota, whose design of Independence Hall will go on the back of the half dollar.

Mr. Dennis R. Williams, a student at the Columbus College of Art and Design, Columbus, Ohio, designer of the Liberty Bell and moon combination that will appear on the back of the dollar.

At 5:00 p.m. today at the Treasury Department, Secretary of the Treasury-designate William E. Simon presents each of the Bicentennial coin designers with a check for $5,000 for each winning design.

On Friday, April 26, the Bicentennial coin designers will visit the Philadelphia Mint, 5th and Arch Streets, Philadelphia, Pennsylvania, to view the process of transferring the new designs into coining dies that will eventually strike designs bearing their initials onto both circulating and special silver-clad coins dated 1776-1976.

It is expected that 1.4 billion quarters, 400 million half dollars and 225 million dollars will be struck to meet commercial demand for the new circulating Bicentennial coins. In addition, at least 45 million silver-clad proof and uncirculated specimens of the new coins will be struck for sale to the public.

The Mint will announce the price and ordering dates for the special silver-clad Bicentennial coins at a later date. Persons wishing to be placed on the Mint’s mailing list to receive ordering information at the appropriate time should write: The Bureau of the Mint, 55 Mint Street, San Francisco, California 94175.