Remarks of Director of the Mint, the Honorable Mary Brooks at Commemorative Ceremonies Marking the Restoration of the Old San Francisco Mint San Francisco, California November 7, 1976 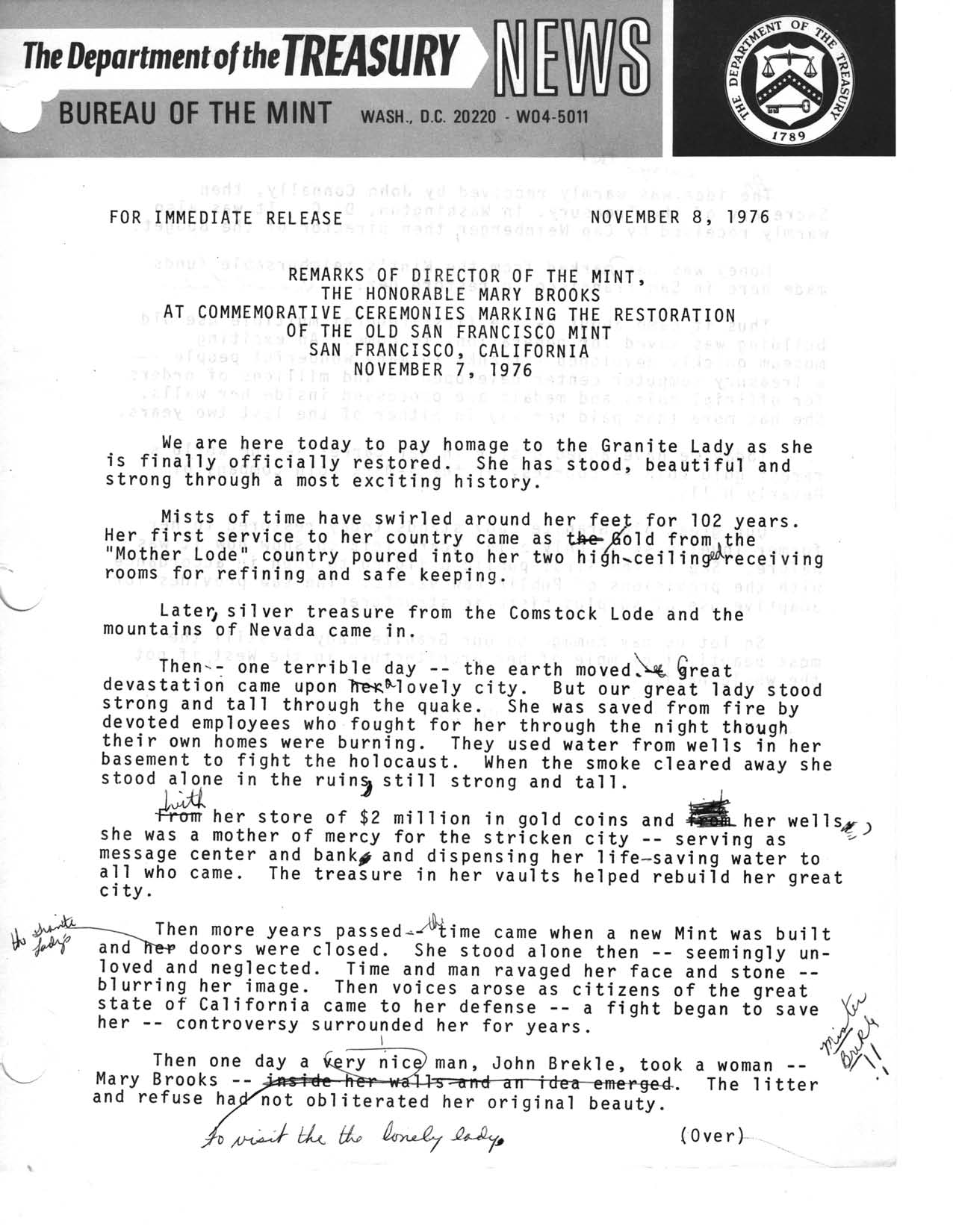 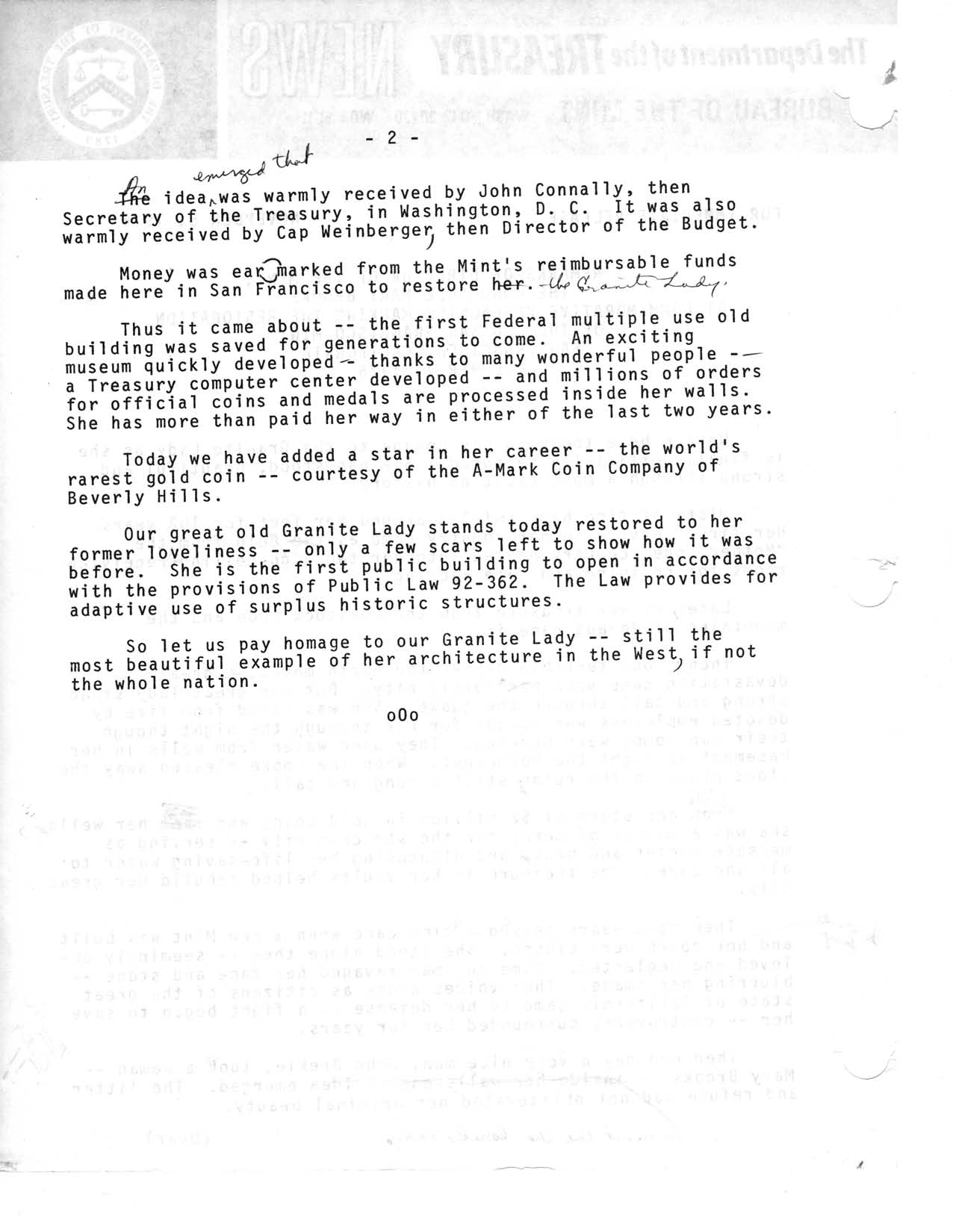 We are here today to pay homage to the Granite Lady as she is finally officially restored. She has stood, beautiful and strong through a most exciting history.

Mists of time have swirled around her feet for 102 years. Her first service to her country came as gold from the “Mother Lode” country poured into her two high-ceilinged receiving rooms for refining and safe keeping.

Later, silver treasure from the Comstock Lode and the mountains of Nevada came in.

Then—one terrible day—the earth moved. Great devastation came upon a lovely city. But our great lady stood strong and tall through the quake. She was saved from fire by devoted employees who fought for her through the night though their own homes were burning. They used water from wells in her basement to fight the holocaust. When the smoke cleared away she stood alone in the ruins, still strong and tall.

With her store of $2 million in gold coins and her wells, she was a mother of mercy for the stricken city—serving as message center and bank, and dispensing her life-saving water to all who came. The treasure in her vaults helped rebuild her great city.

Then more years passed—time came when a new Mint was built and the Granite Lady’s doors were closed. She stood alone then—seemingly unloved and neglected. Time and man ravaged her face and stone—blurring her image. Then voices arose as citizens of the great state of California came to her defense—a fight began to save her—controversy surrounded her for years.

Then one day a man, John Brekle, took a woman—Mary Brooks—to visit the lonely lady. The litter and refuse had not obliterated her original beauty.

Money was earmarked from the Mint’s reimbursable funds made here in San Francisco to restore the Granite Lady.

Thus it came about—the first Federal multiple use old building was saved for generations to come. An exciting museum quickly developed—thanks to many wonderful people—a Treasury computer center developed—and millions of orders for official coins and medals are processed inside her walls. She has more than paid her way in either of the last two years.

Today we have added a star in her career—the world’s rarest gold coin—courtesy of the A-Mark Coin Company of Beverly Hills.

Our great old Granite Lady stands today restored to her former loveliness—only a few scars left to show how it was before. She is the first public building to open in accordance with provisions of Public Law 92-362. The Law provides for adaptive use of surplus historic structures.

So let us pay homage to our Granite Lady—still the most beautiful example of her architecture in the West, if not the whole nation.