FOR RELEASE UPON DELIVERY 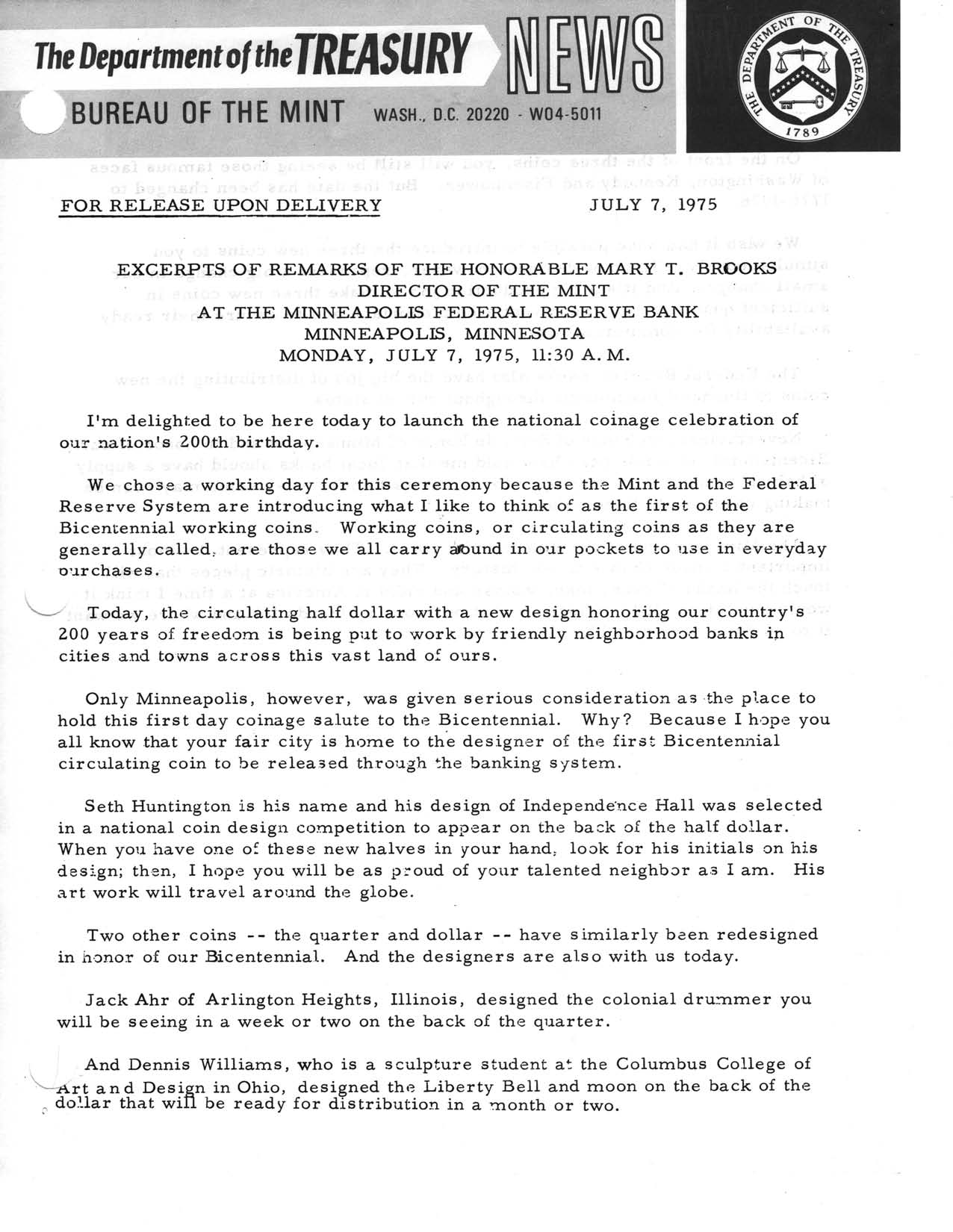 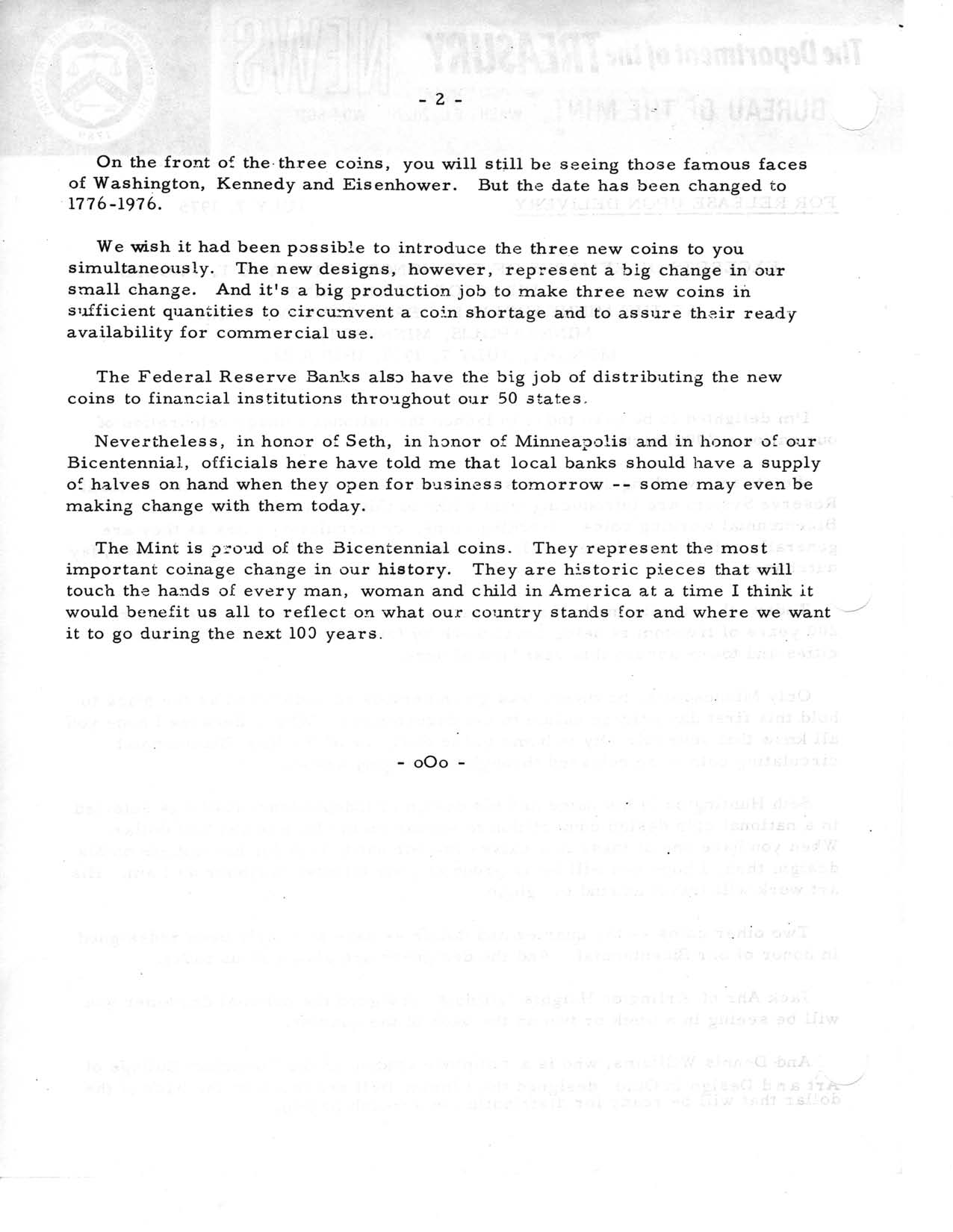 I’m delighted to be here today to launch the national coinage celebration of our nation’s 200th birthday.

We chose a working day for this ceremony because the Mint and the Federal Reserve System are introducing what I like to think of as the first Bicentennial working coins. Working coins, or circulating coins as they are generally called, are those we all carry around in our pockets to use in everyday purchases.

Today, the circulating half dollar with a new design honoring our country’s 200 years of freedom is being put to work by friendly neighborhood banks in cities and towns across this vast land of ours.

Only Minneapolis, however, was given serious consideration as the place to hold this first day coinage salute to the Bicentennial. Why? Because I hope you all know that your fair city is home to the designer of the first Bicentennial circulating coin to be released through the banking system.

Seth Huntington is his name and his design of Independence Hall was selected in a national coin design competition to appear on the back of the half dollar. When you have one of these new halves in your hand, look for his initials on his design; then, I hope you will be as proud of your talented neighbor as I am. His art work will travel around the globe.

Two other coins—the quarter and dollar—have similarly been redesigned in honor of our Bicentennial. And the designers are also with us today.

Jack Ahr of Arlington Heights, Illinois, designed the colonial drummer you will be seeing in a week or two on the back of the quarter.

And Dennis Williams, who is a sculpture student at the Columbus College of Art and Design in Ohio, designed the Liberty Bell and moon on the back of the dollar that will be ready for distribution in a month or two.

On the front of the three coins, you will still be seeing those famous faces of Washington, Kennedy and Eisenhower. But the date has been changed to 1776-1976.

We wish it had been possible to introduce the three new coins to you simultaneously. The new designs, however, represent a big change in our small change. And it’s a big production job to make three new coins in sufficient quantities to circumvent a coin shortage and to assure their ready availability for commercial use.

The Federal Reserve Banks also have the big job of distributing the new coins to financial institutions throughout our 50 states.

Nevertheless, in honor of Seth, in honor of Minneapolis and in honor of our Bicentennial, officials here have told me that local banks should have a supply of halves on hand when they open for business tomorrow—some may even be making change with them today.

The Mint is proud of the Bicentennial coins. They represent the most important coinage change in our history. They are historic pieces that will touch the hands of every man, woman and child in America at a time I think it would benefit us all to reflect on what our country stands for and where we want it to go during the next 100 years.