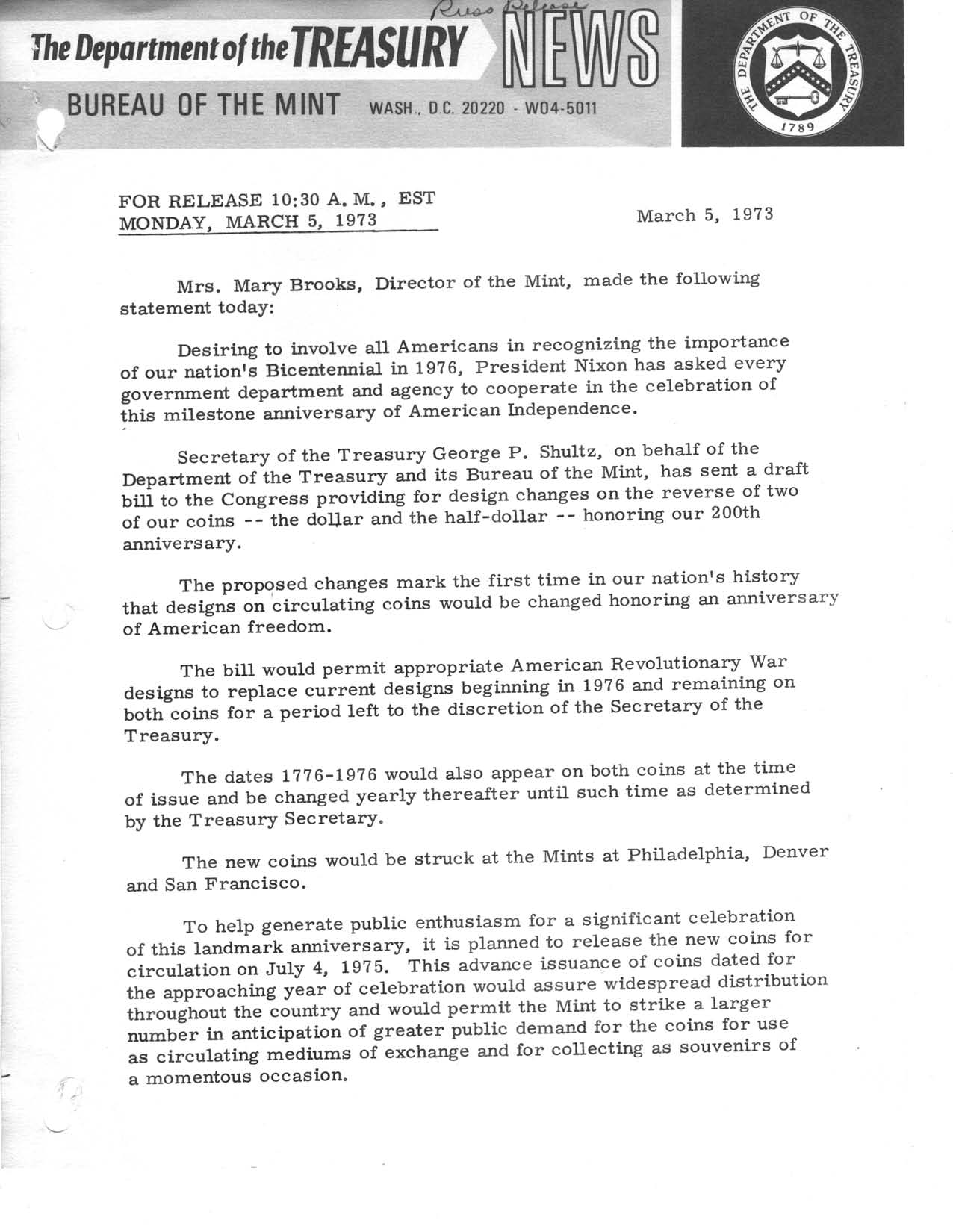 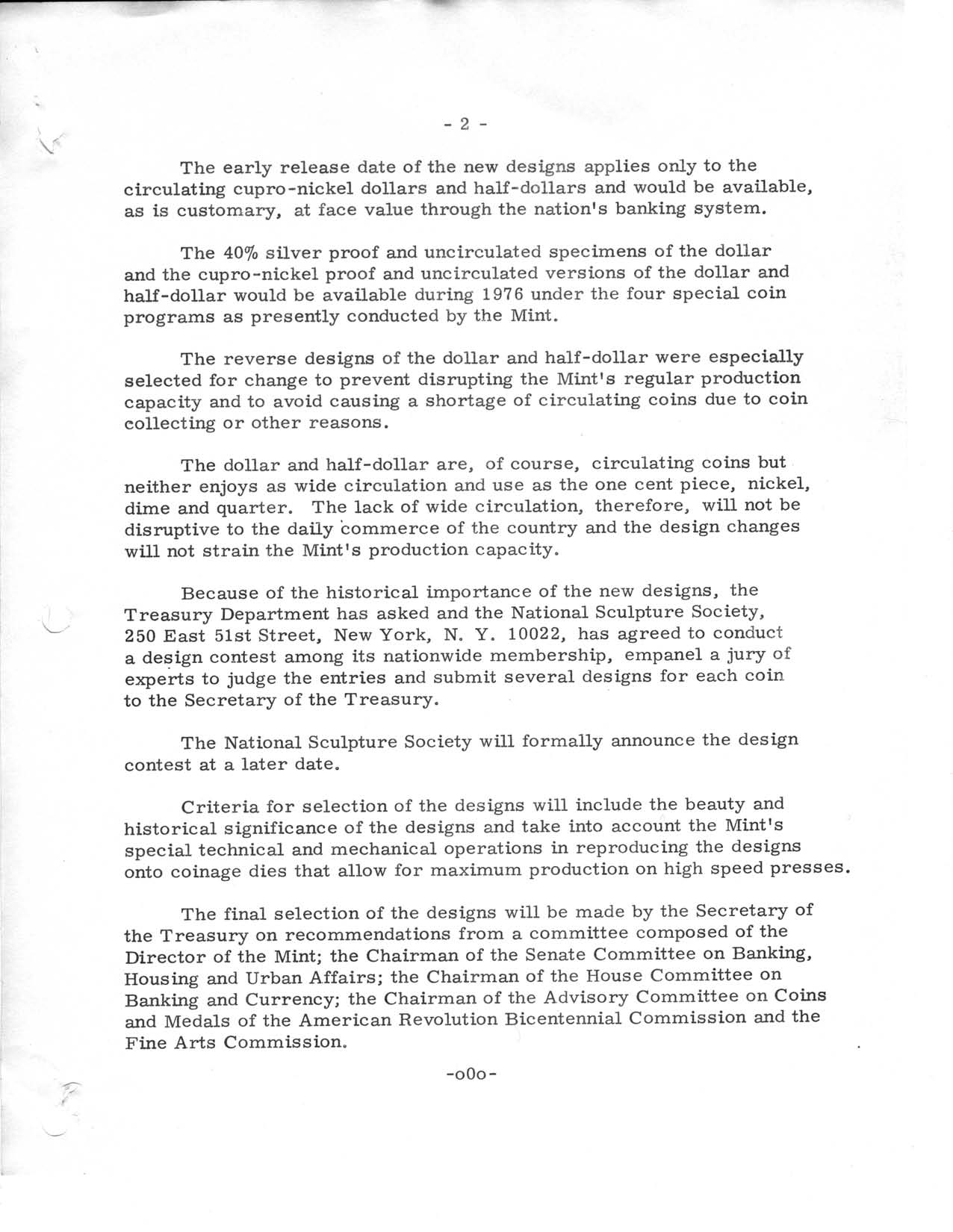 Mrs. Mary Brooks, Director of the Mint, made the following statement today:

Desiring to involve all Americans in recognizing the importance of our nation’s Bicentennial in 1976, President Nixon has asked every government department and agency to cooperate in the celebration of this milestone anniversary of American Independence.

Secretary of the Treasury George P. Schultz, on behalf of the Department of the Treasury and its Bureau of the Mint, has sent a draft bill to Congress providing for design changes on the reverse of two of our coins—the dollar and the half-dollar—honoring our 200th anniversary.

The proposed changes mark the first time in our nation’s history that designs on circulating coins would be changed honoring an anniversary of American freedom.

The bill would permit appropriate American Revolutionary War designs to replace current designs beginning in 1976 and remaining on both coins for a period left to the discretion of the Secretary of the Treasury.

The dates 1776-1976 would also appear on both coins at the time of issue and be changed yearly thereafter until such time as determined by the Treasury Secretary.

The new coins would be struck at the Mints at Philadelphia, Denver and San Francisco.

To help generate public enthusiasm for a significant celebration of this landmark anniversary, it is planned to release the new coins for circulation on July 4, 1975. This advance issuance of coins dated for the approaching year of celebration would assure widespread distribution throughout the country and would permit the Mint to strike a larger number in anticipation of greater public demand for the coins for use as circulating mediums of exchange and for collecting as souvenirs of a momentous occasion.

The early release date of the new designs applies only to the circulating cupro-nickel dollars and half-dollars and would be available, as is customary, at face value through the nation’s banking system.

The reverse designs of the dollar and half-dollar were especially selected for change to prevent disrupting the Mint’s regular production capacity and to avoid causing a shortage of circulating coins due to coin collecting or other reasons.

The dollar and half-dollar are, of course, circulating coins but neither enjoys as wide circulation and use as the one cent piece, nickel, dime and quarter. The lack of wide circulation, therefore, will not be disruptive to the daily commerce of the country and the design changes will not strain the Mint’s production capacity.

Because of the historical importance of the new designs, the Treasury Department has asked and the National Sculpture Society, 250 East 51st Street, New York, N.Y. 10022, has agreed to conduct a design contest among its nationwide membership, empanel a jury of experts to judge the entries and submit several designs for each coin to the Secretary of the Treasury.

The National Sculpture Society will formally announce the design contest at a later date.

Criteria for selection of the designs will include the beauty and historical significance of the designs and take into account the Mint’s special technical and mechanical operations in reproducing the designs onto coinage dies that allow for maximum production on high speed presses.