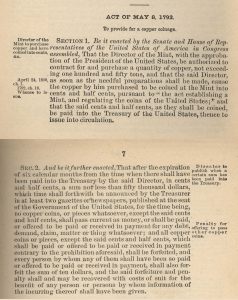 To provide for a copper coinage.