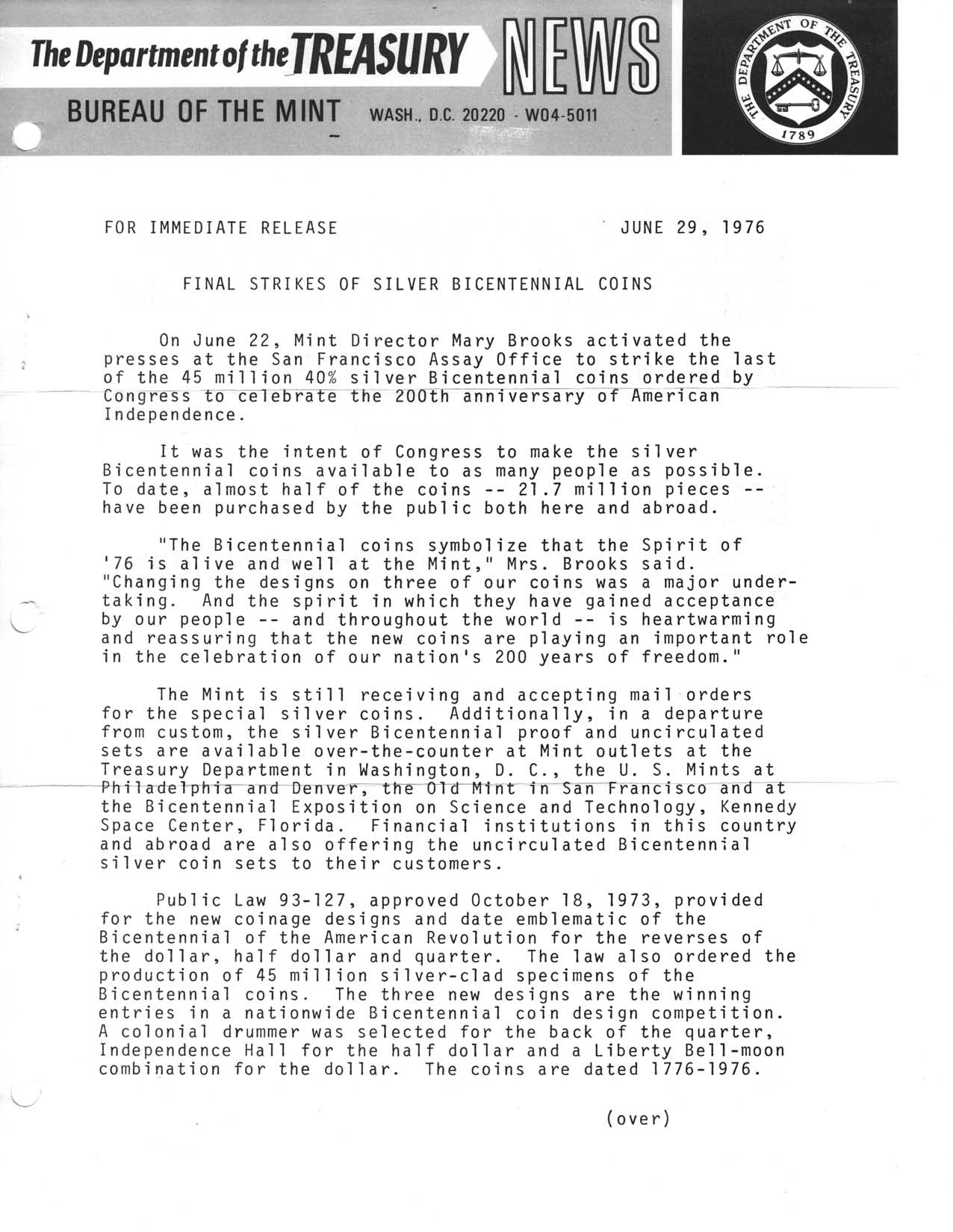 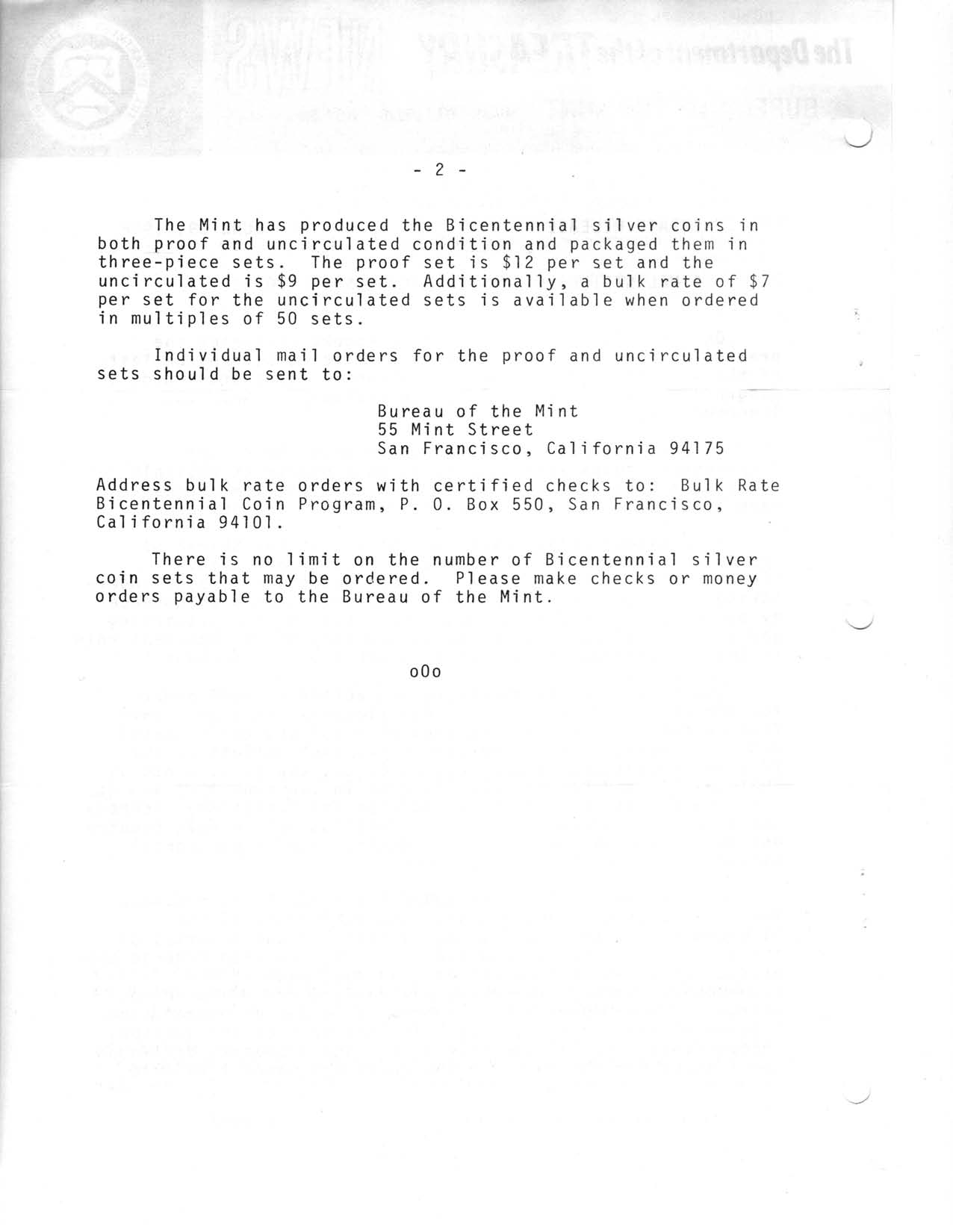 On June 22, Mint Director Mary Brooks activated the presses at the San Francisco Assay Office to strike the last of the 45 million 40% silver Bicentennial coins ordered by Congress to celebrate the 200th anniversary of American Independence.

It was the intent of Congress to make the silver Bicentennial coins available to as many people as possible. To date, almost half of the coins—21.7 million pieces—have been purchased by the public both here and abroad.

“The Bicentennial coins symbolize that the Spirit of ’76 is alive and well at the Mint,” Mrs. Brooks said. “Changing the designs on three of our coins was a major undertaking. And the spirit in which they have gained acceptance by our people—and throughout the world—is heartwarming and reassuring that the new coins are playing an important role in the celebration of our nation’s 200 years of freedom.”

The Mint is still receiving and accepting mail orders for the special silver coins. Additionally, in a departure from custom, the silver Bicentennial proof and uncirculated sets are available over-the-counter at Mint outlets at the Treasury Department in Washington, D.C., the U.S. Mints at Philadelphia and Denver, the Old Mint in San Francisco and at the Bicentennial Exposition on Science and technology, Kennedy Space Center, Florida. Financial institutions in this country and abroad are also offering the uncirculated Bicentennial silver coin sets to their customers.

Public Law 93-127, approved October 18, 1973, provided for the new coinage designs and date emblematic of the Bicentennial of the American Revolution for the reverses of the dollar, half dollar and quarter. The law also ordered the production of 45 million silver-clad specimens of the Bicentennial coins. The three new designs are the winning entries in a nationwide Bicentennial coin design competition. A colonial drummer was selected for the back of the quarter, Independence Hall was selected for the half dollar and a Liberty Bell-moon combination for the dollar. The coins are dated 1776-1976.

The Mint has produced the Bicentennial silver coins in both proof and uncirculated condition and packaged them in three-piece sets. The proof set is $12 per set and the uncirculated is $9 per set. Additionally, a bulk rate of $7 per set for the uncirculated sets is available when ordered in multiples of 50 sets.

Individual mail orders for the proof and uncirculated sets should be sent to:

There is no limit on the number of Bicentennial silver coin sets that may be ordered. Please make checks or money orders payable to the Bureau of the Mint.