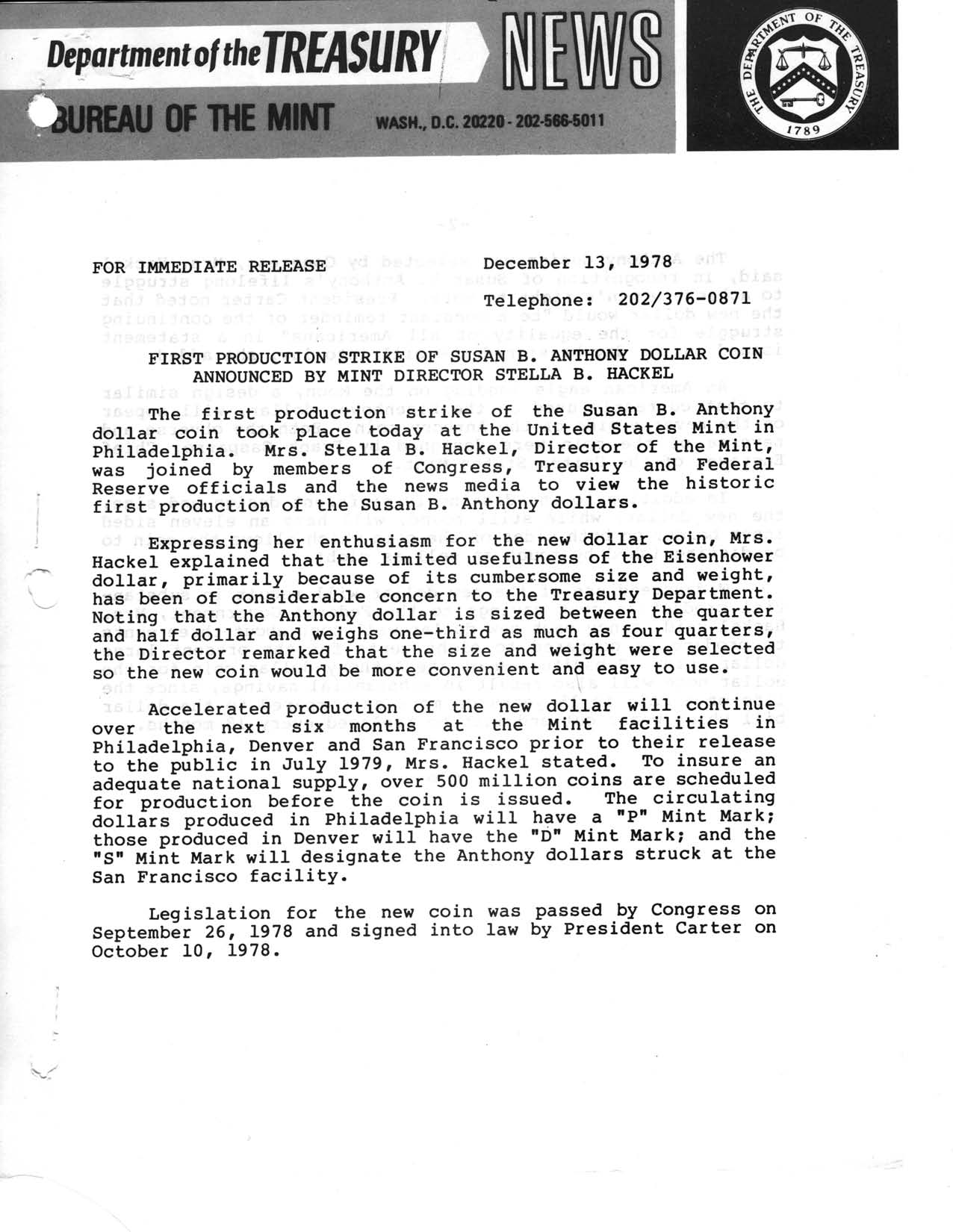 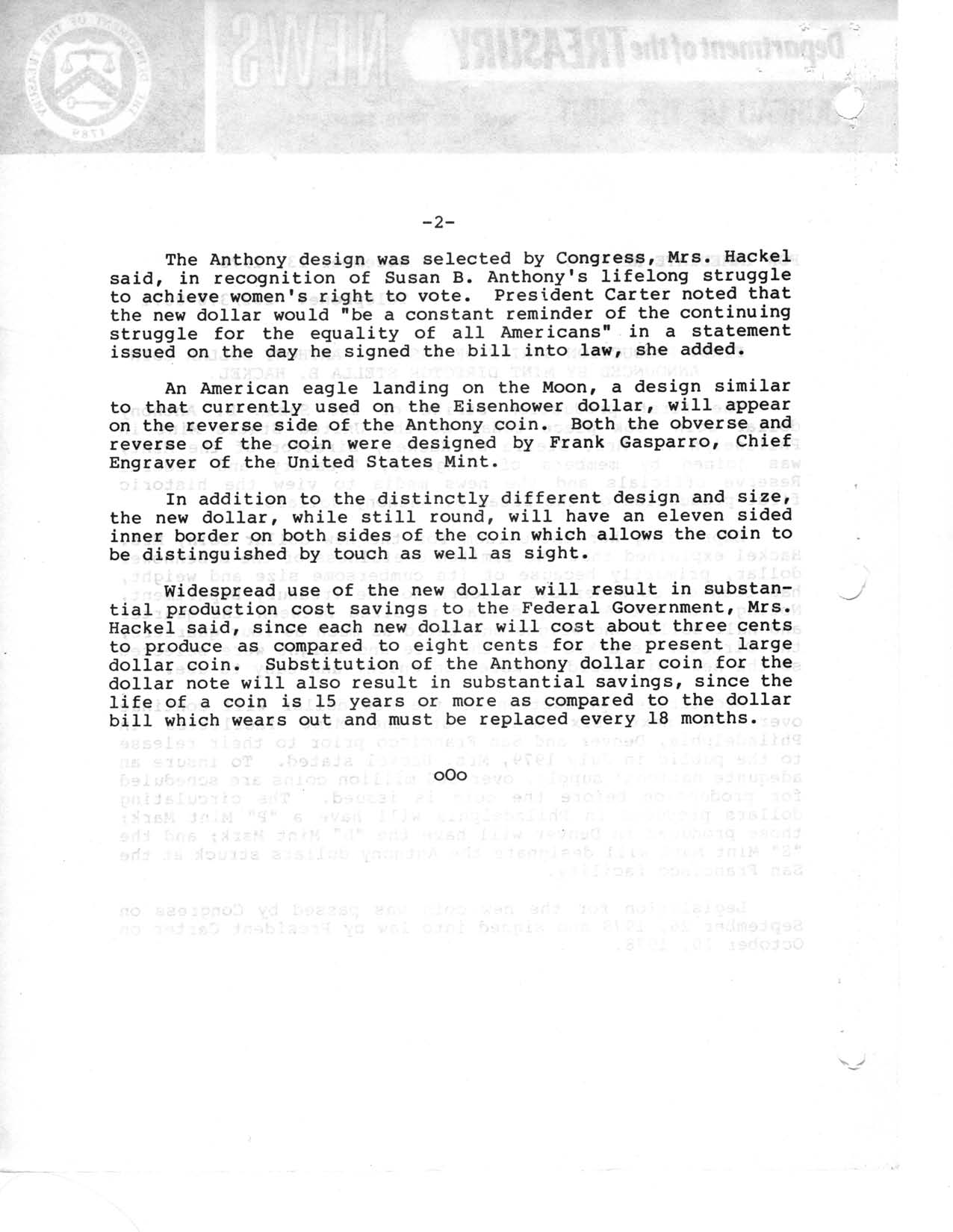 Expressing her enthusiasm for the new dollar coin, Mrs. Hackel explained that the limited usefulness of the Eisenhower dollar, primarily because of its cumbersome size and weight, has been of considerable concern to the Treasury Department. Noting that the Anthony dollar is sized between the quarter and half dollar and weighs one-third as much as four quarters, the Director remarked that the size and weight were selected so the new coin would be more convenient and easy to use.

Accelerated production of the new dollar will continue over the next six months at the Mint facilities in Philadelphia, Denver and San Francisco prior to their release to the public in July 1979, Mrs. Hackel stated. To insure an adequate national supply, over 500 million coins are scheduled for production before the coin is issued. The circulating dollars produced in Philadelphia will have a “P” Mint Mark; those produced in Denver will have the “D” Mint Mark; and the “S” Mint Mark will designate the Anthony dollars struck at the San Francisco facility.

Legislation for the new coin was passed by Congress on September 26, 1978 and signed into law by President Carter on October 10, 1978.

The Anthony design was selected by Congress, Mrs. Hackel said, in recognition of Susan B. Anthony’s lifelong struggle to achieve women’s right to vote. President Carter noted that the new dollar would “be a constant reminder of the continuing struggle for the equality of all Americans” in a statement issued on the day he signed the bill into law, she added.

An American eagle landing on the Moon, a design similar to that currently used on the Eisenhower dollar, will appear on the reverse side of the Anthony coin. Both the obverse and reverse of the coin were designed by Frank Gasparro, Chief Engraver of the United States Mint.

In addition to the distinctly different design and size, the new dollar, while still round, will have an eleven sided inner border on both sides of the coin which allows the coin to be distinguished by touch as well as sight.

Widespread use of the new dollar will result in substantial production cost savings to the Federal Government, Mrs. Hackel said, since each new dollar will cost about three cents to produce as compared to eight cents for the present large dollar coin. Substitution of the Anthony dollar coin for the dollar note will also result in substantial savings, since the life of a coin is 15 years or more as compared to the dollar bill which wears out and must be replaced every 18 months.