First Striking of Half Dollars From New Coinage Material at U.S. Mint at Denver on Thursday 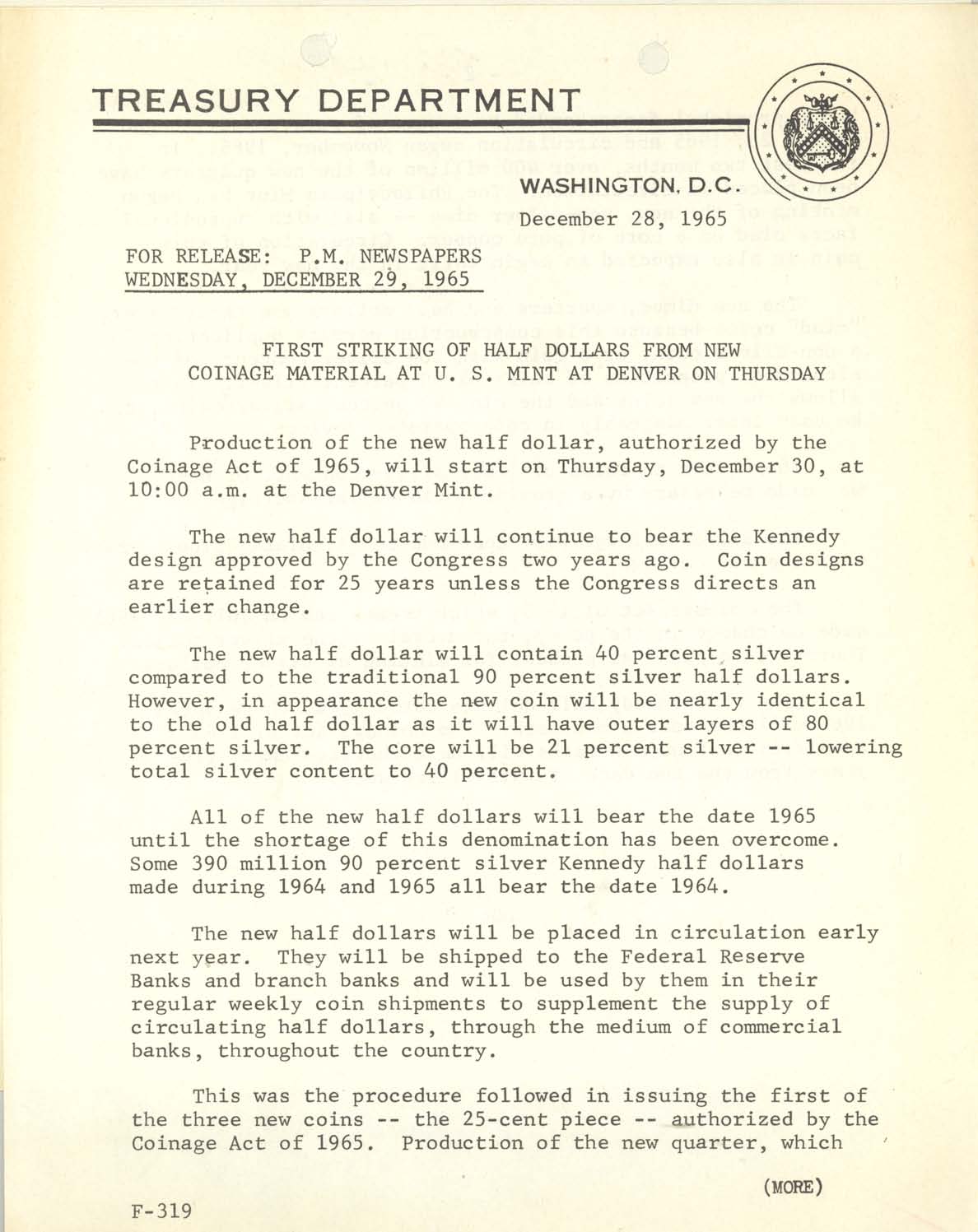 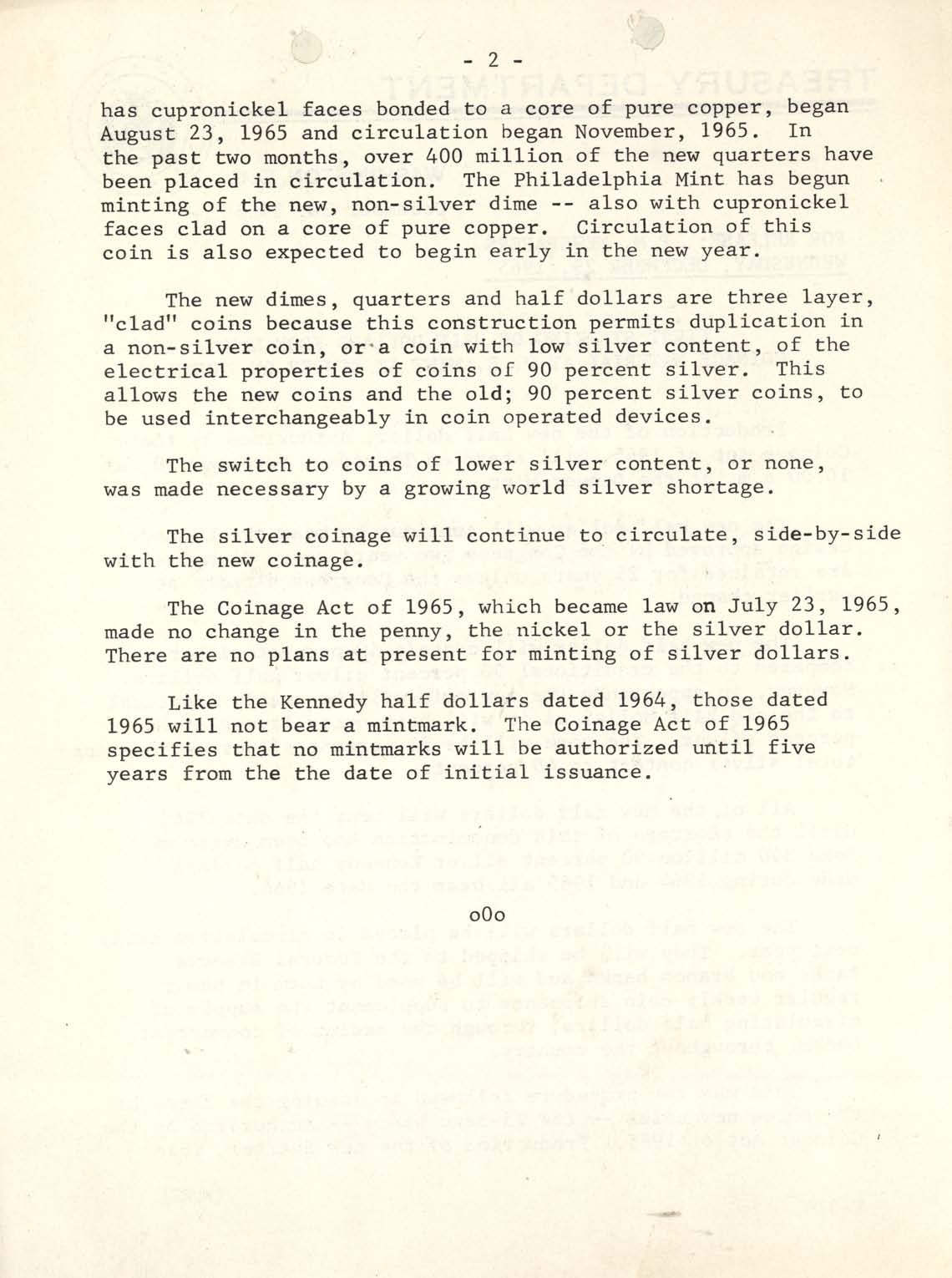 Production of the new half dollar, authorized by the Coinage Act of 1965, will start on Thursday, December 30, at 10:00 a.m. at the Denver Mint.

The new half dollar will continue to bear the Kennedy design approved by the Congress two years ago. Coin designs are retained for 25 years unless the Congress directs an earlier change.

The new half dollars will be placed in circulation early next year. They will be shipped to the Federal Reserve Banks and branch banks and will be used by them in their regular weekly coin shipments to supplement the supply of circulating half dollars, through the medium of commercial banks, throughout the country.

This was the procedure followed in issuing the first of the three new coins — the 25-cent piece — authorized by the Coinage Act of 1965. Production of the new quarter, which has cupronickel faces bonded to a core of pure copper, began August 23, 1965 and circulation began November, 1965. In the past two months, over 400 million of the new quarters have been placed in circulation. The Philadelphia Mint has begun minting of the new, non-silver dime — also with cupronickel faces clad on a core of pure copper. Circulation of this coin is also expected to begin early in the new year.

The new dimes, quarters and half dollars are three layers “clad” coins because this construction permits duplication in a non-silver coin, or a coin with low silver content, of the electrical properties of coins of 90 percent silver. This allows the new coins and the old; 90 percent silver coins, to be used interchangeably in coin operated devices.

The switch to coins of lower silver content, or none, was made necessary by a growing world silver shortage.

The silver coinage will continue to circulate, side by side with the new coinage.

The Coinage Act of 1965, which became law on July 23, 1965, made no change in the penny, the nickel or the silver dollar. There are no plans at present for minting of silver dollars.

Like the Kennedy half dollars dated 1964, those dated 1965 will not bear a mintmark. The Coinage Act of 1965 specifies that no mintmarks will be authorized until five years from the date of initial issuance.