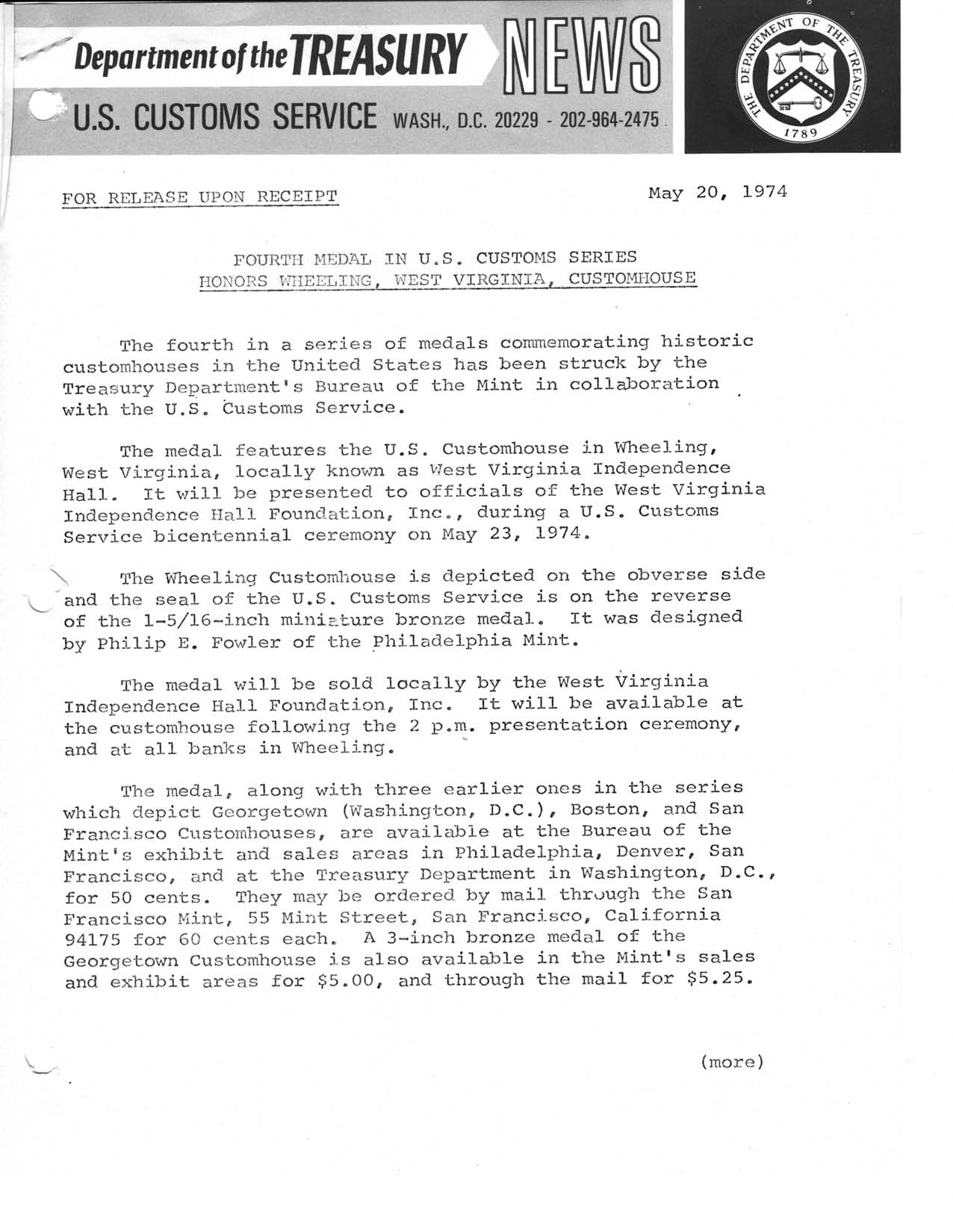 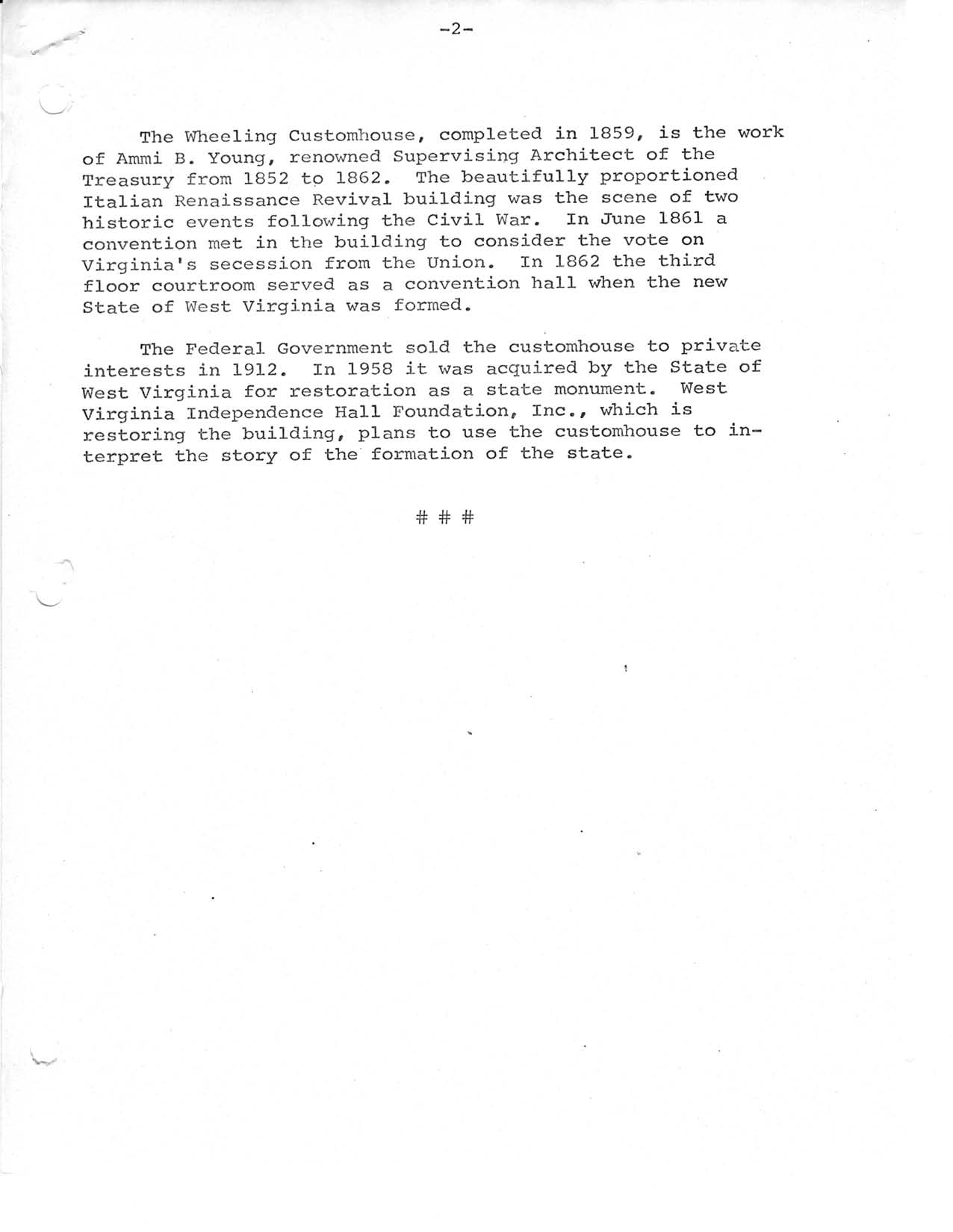 The fourth in a series of medals commemorating historic customhouses in the United States has been struck by the Treasury Department’s Bureau of the Mint in collaboration with the U.S. Customs Service.

The Wheeling Customhouse is depicted on the obverse side and the seal of the U.S. Customs Service is on the reverse of the 1-5/16-inch miniature bronze medal. It was designed by Philip E. Fowler of the Philadelphia Mint.

The medal will be sold locally by the West Virginia Independence Hall Foundation, Inc. It will be available at the customhouse following the 2 p.m. presentation ceremony, and at all banks in Wheeling.

The medal, along with three earlier ones in the series which depict Georgetown (Washington, D.C.), Boston, and San Francisco Customhouses, are available at the Bureau of the Mint’s exhibit and sales areas in Philadlphia, Denver, San Francisco, and at the Treasury Department in Washington, D.C., for 50 cents. They may be ordered by mail through the San Francisco Mint, 55 Mint Street, San Francisco, California 94175 for 60 cents each. A 3-inch bronze medal of the Georgetown Customhouse is also available in the Mint’s sales and exhibit areas for $5.00, and through the mail for $5.25.

The Wheeling Customhouse, completed in 1859, is the work of Ammi B. Young, renowned Supervising Architect of the Treasury from 1852 to 1862. The beautifully proportioned Italian Renaissance Revival building was the scene of two historic events following the Civil War. In June 1861 a convention met in the building to consider the vote on Virginia’s secession from the Union. In 1862 the third floor courtroom served as a convention hall when the new State of West Virginia was formed.