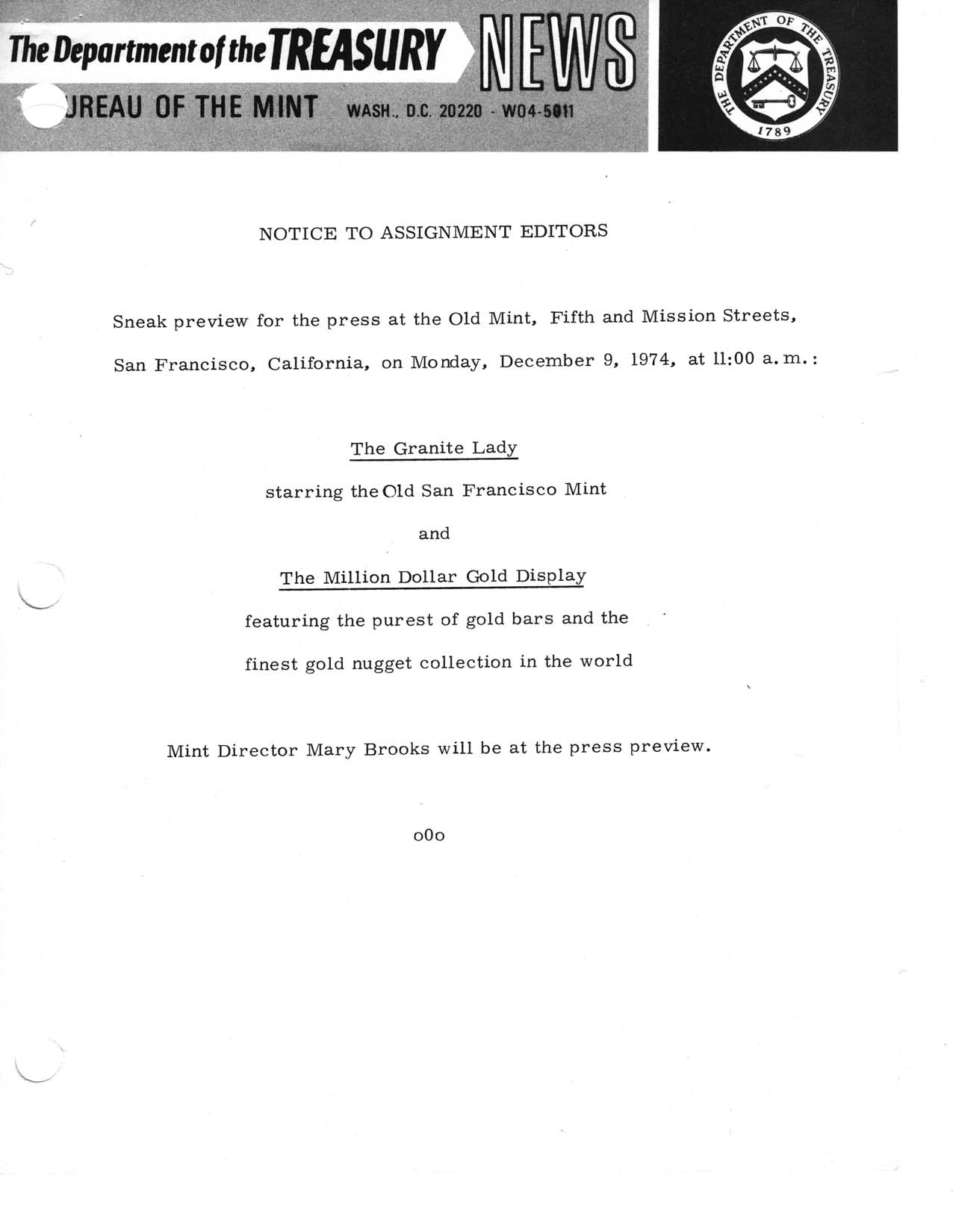 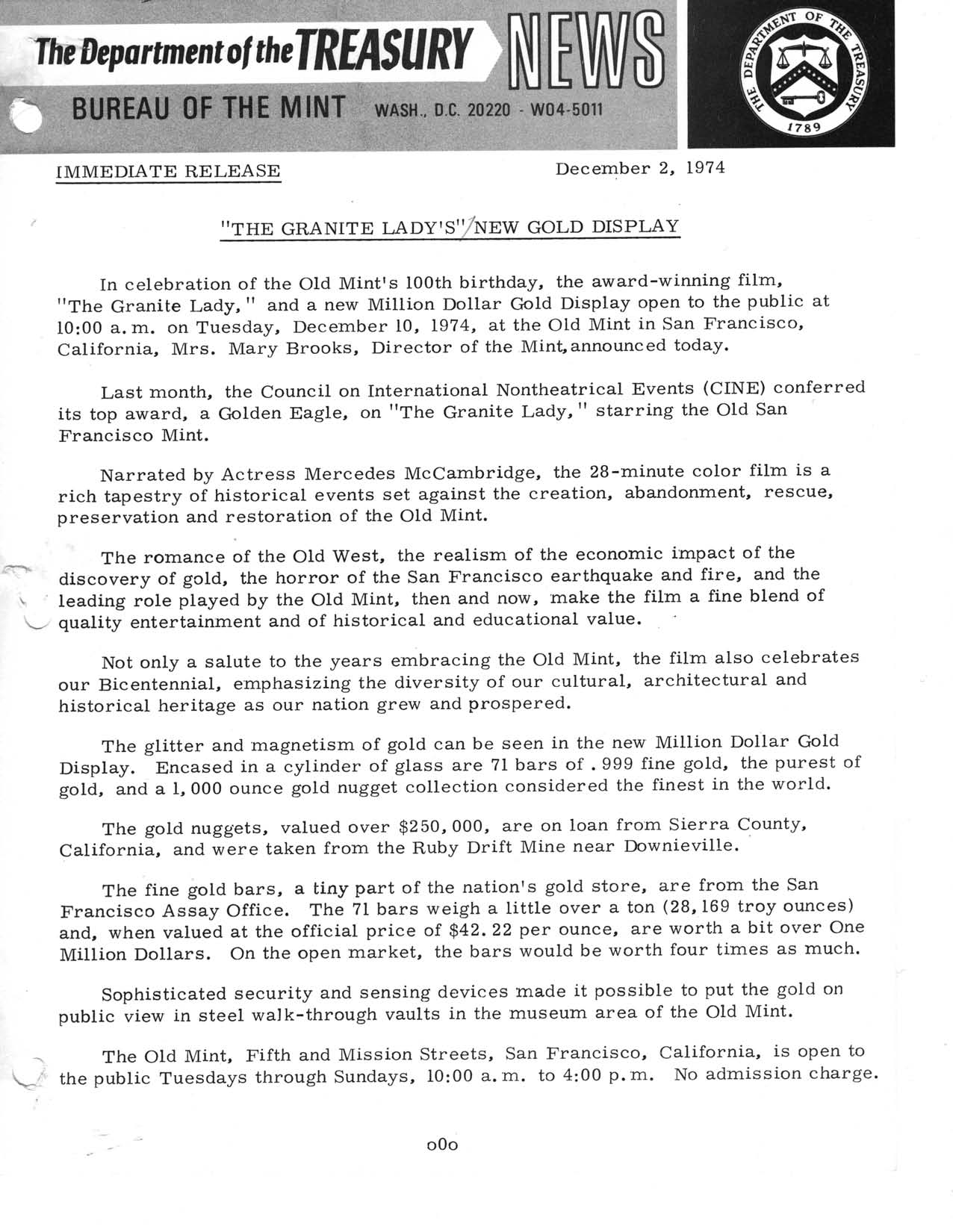 Notice to Assignment Editors
Sneak preview for the press at the Old Mint, Fifth and Mission Streets, San Francisco, California, on Monday, December 9, 1974, at 11:00 a.m.:

Mint Director Mary Brooks will be at the press preview.

In celebration of the Old Mint’s 100th birthday, the award-winning film, “The Granite Lady,” and a new Million Dollar Gold Display open to the public at 10:00 a.m. on Tuesday, December 10, 1974, at the Old Mint in San Francisco, California, Mrs. Mary Brooks, Director of the Mint, announced today.

Narrated by Actress Mercedes McCambridge, the 28-minute color film is a rich tapestry of historical events set against the creation, abandonment, rescue, preservation and restoration of the Old Mint.

The romance of the Old West, the realism of the economic impact of the discovery of gold, the horror of the San Francisco earthquake and fire, and the leading role played by the Old Mint, then and now, make the film a fine blend of quality entertainment and of historical and educational value.

Not only a salute to the years embracing the Old Mint, the film also celebrates our Bicentennial, emphasizing the diversity of our cultural, architectural and historical heritage as our nation grew and prospered.

The glitter and magnetism of gold can be seen in the new Million Dollar Gold Display. Encased in a cylinder of glass are 71 bars of .999 fine gold, the purest of gold, and a 1,000 ounce gold nugget collection considered the finest in the world.

The gold nuggets, valued over $250,000, are on loan from Sierra County, California, and were taken from the Ruby Drift Mine near Downieville.

The fine gold bars, a tiny part of the nation’s gold store, are from the San Francisco Assay Office. The 71 bars weigh a little over a ton (28,169 troy ounces) and, when valued at the official price of $42.22 per ounce, are worth a bit over One Million Dollars. On the open market, the bars would be worth four times as much.

Sophisticated security and sensing devices made it possible to put the gold on public view in steel walk-through vaults in the museum area of the Old Mint.

The Old Mint, Fifth and Mission Streets, San Francisco, California, is open to the public Tuesdays through Sundays, 10:00 a.m. to 4:00 p.m. No admission charge.