Answer to Inquiries Regarding Issuing of Clad Coins 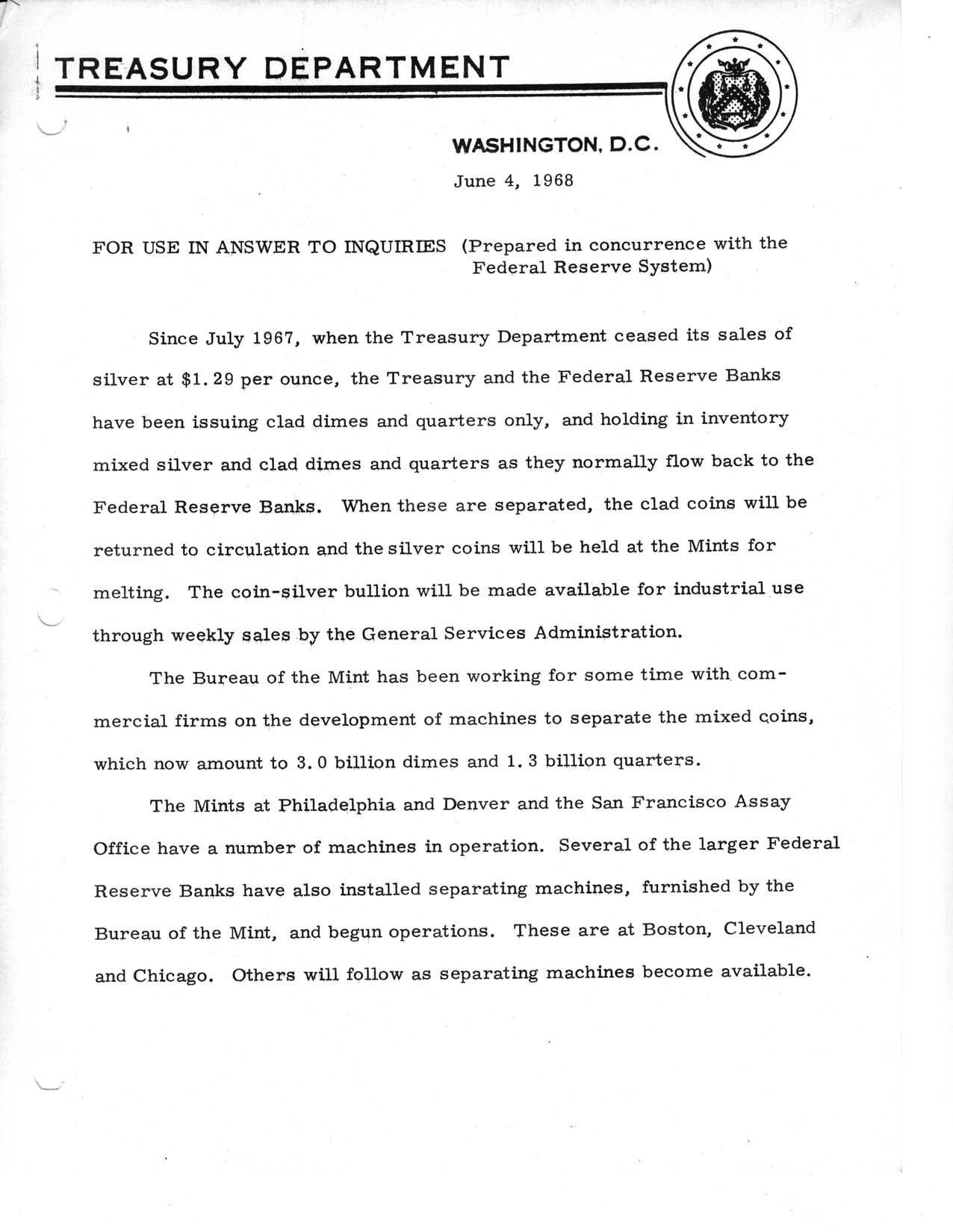 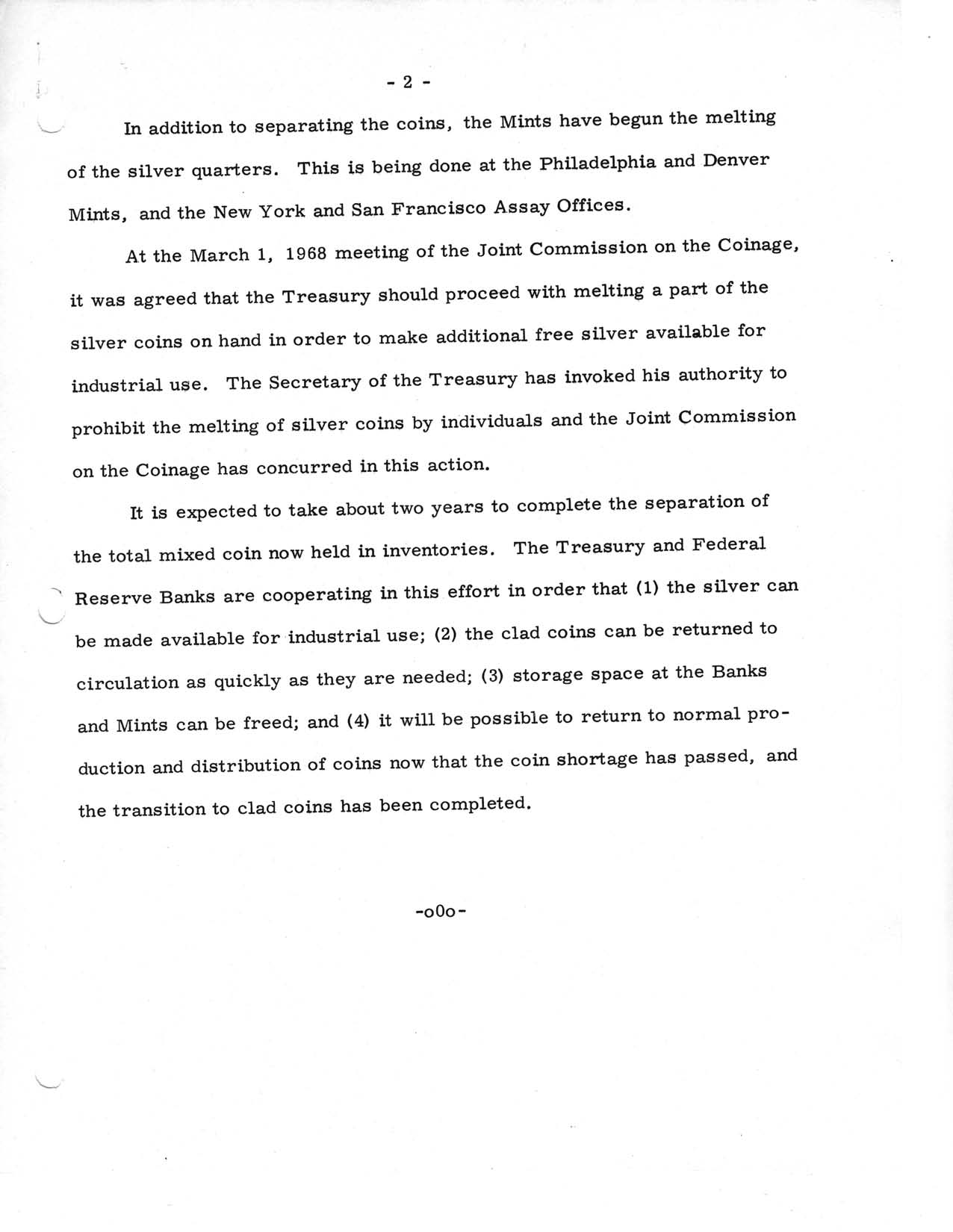 Since July 1967, when the Treasury Department ceased its sales of silver at $1.29 per ounce, the Treasury and the Federal Reserve Banks have been issuing clad dimes and quarters only, and holding in inventory mixed silver and clad dimes and quarters as they normally flow back to the Federal Reserve Banks. When these are separated, the clad coins will be returned to circulation and the silver coins will be held at the Mints for melting. The coin-silver bullion will be made available for industrial use through weekly sales by the General Services Administration.

The Bureau of the Mint has been working for some time with commercial firms on the development of machines to separate the mixed coins, which now amount to 3.0 billion dimes and 1.3 billion quarters.

The Mints at Philadelphia and Denver and the San Francisco Assay Office have a number of machines in operation. Several of the larger Federal Reserve Banks have also installed separating machines, furnished by the Bureau of the Mint, and begun operations. These are at Boston, Cleveland and Chicago. Others will follow as separating machines become available.