Inspection of Gold at Fort Knox 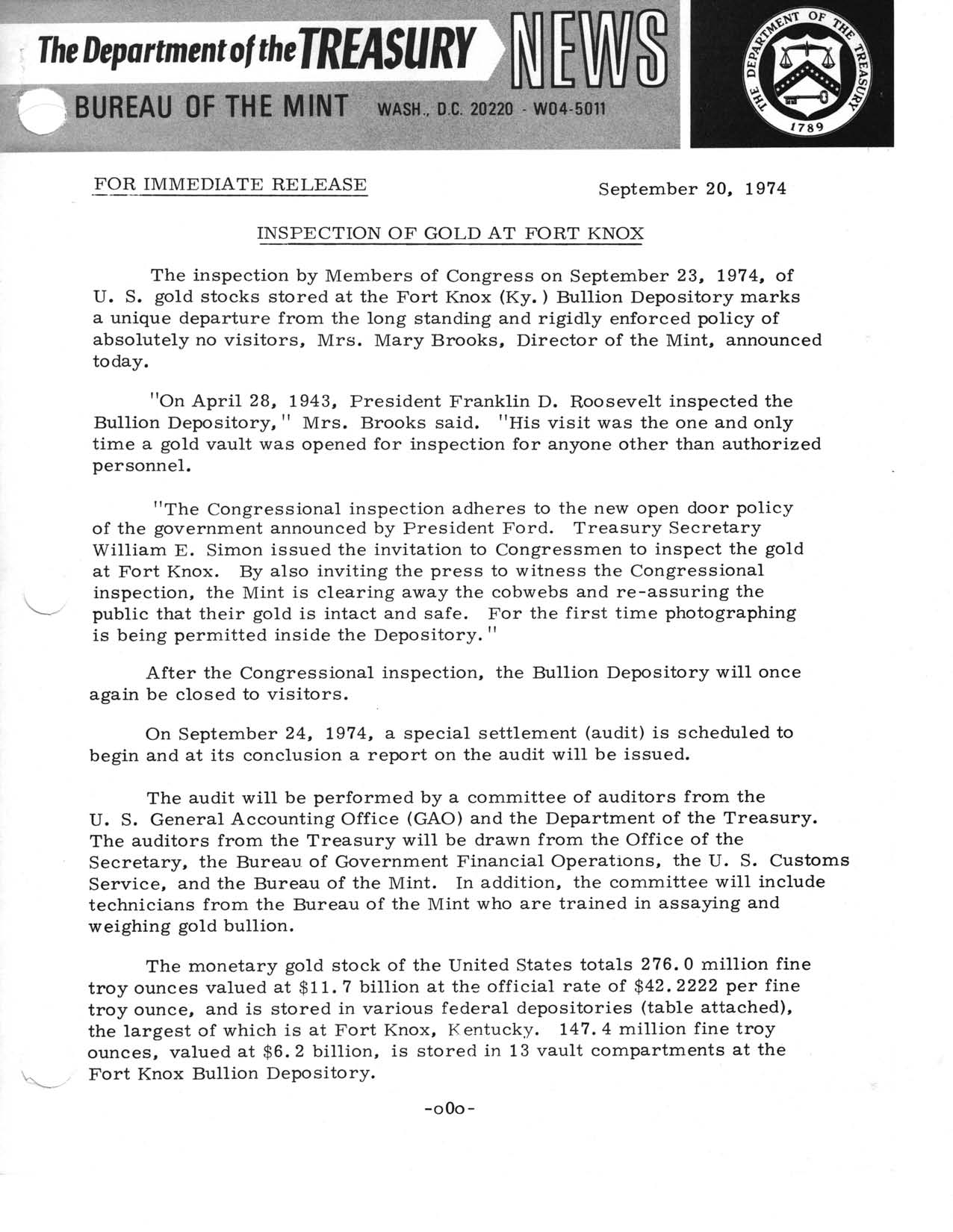 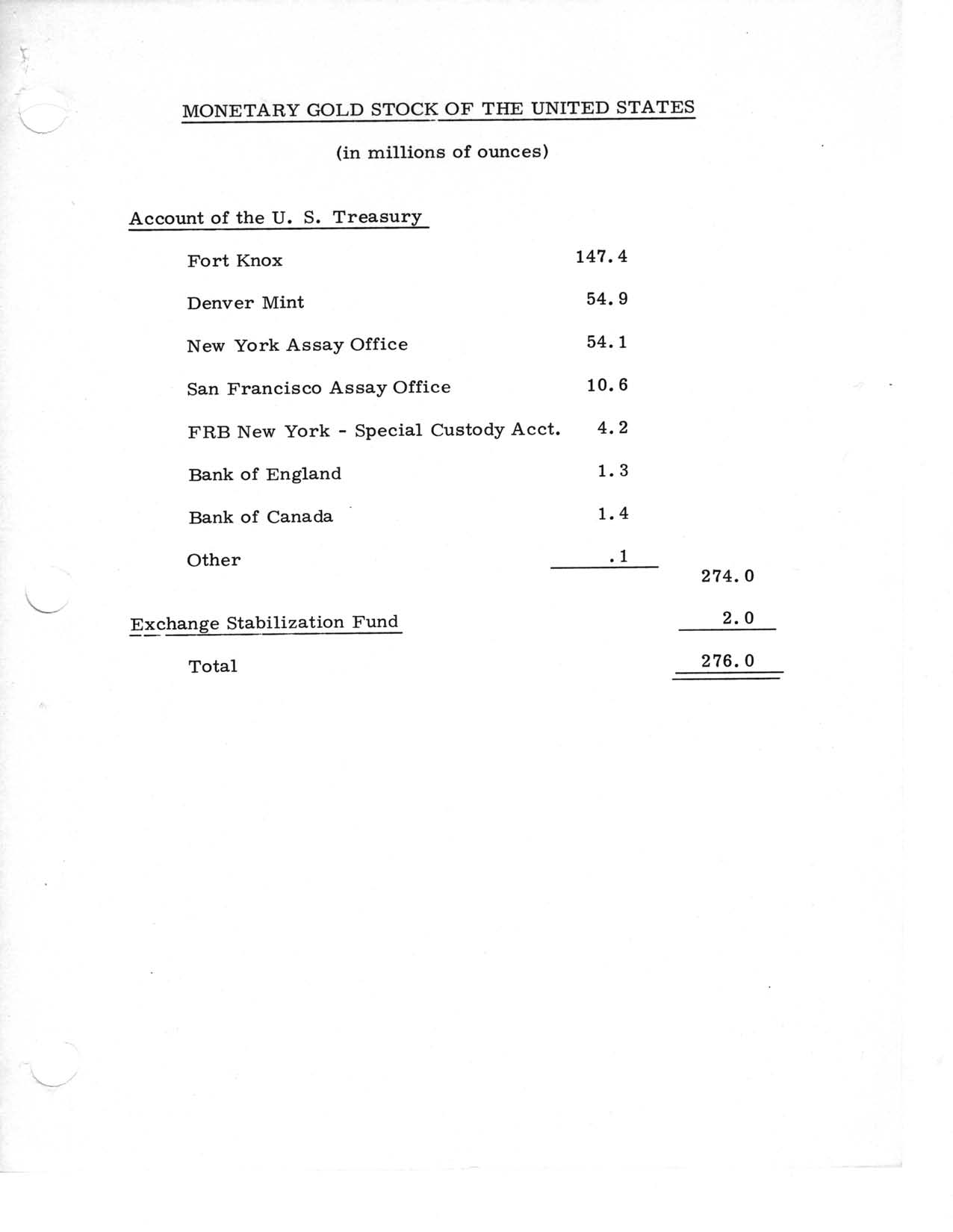 The inspection by Members of Congress on September 23, 1974, of U.S. gold stocks stored at the Fort Knox (Ky.) Bullion Depository marks a unique departure from the long standing and rigidly enforced policy of absolutely no visitors, Mrs. Mary Brooks, Director of the Mint, announced today.

“On April 28, 1943, President Franklin D. Roosevelt inspected the Bullion Depository,” Mrs. Brooks said. “His visit was the one and only time a gold vault was opened for inspection for anyone other than authorized personnel.

“The Congressional inspection adheres to the new open door policy of the government announced by President Ford. Treasury Secretary William E. Simon issued the invitation to Congressmen to inspect the gold at Fort Knox. By also inviting the press to witness the Congressional inspection, the Mint is clearing away cobwebs and re-assuring the public that their gold is intact and safe. For the first time photographing is being permitted inside the Depository.”

After the Congressional inspection, the Bullion Depository will once again be closed to visitors.

On September 24, 1974, a special settlement (audit) is scheduled to begin and at its conclusion a report on the audit will be issued.

Monetary Gold Stock of the United States
(in millions of ounces)