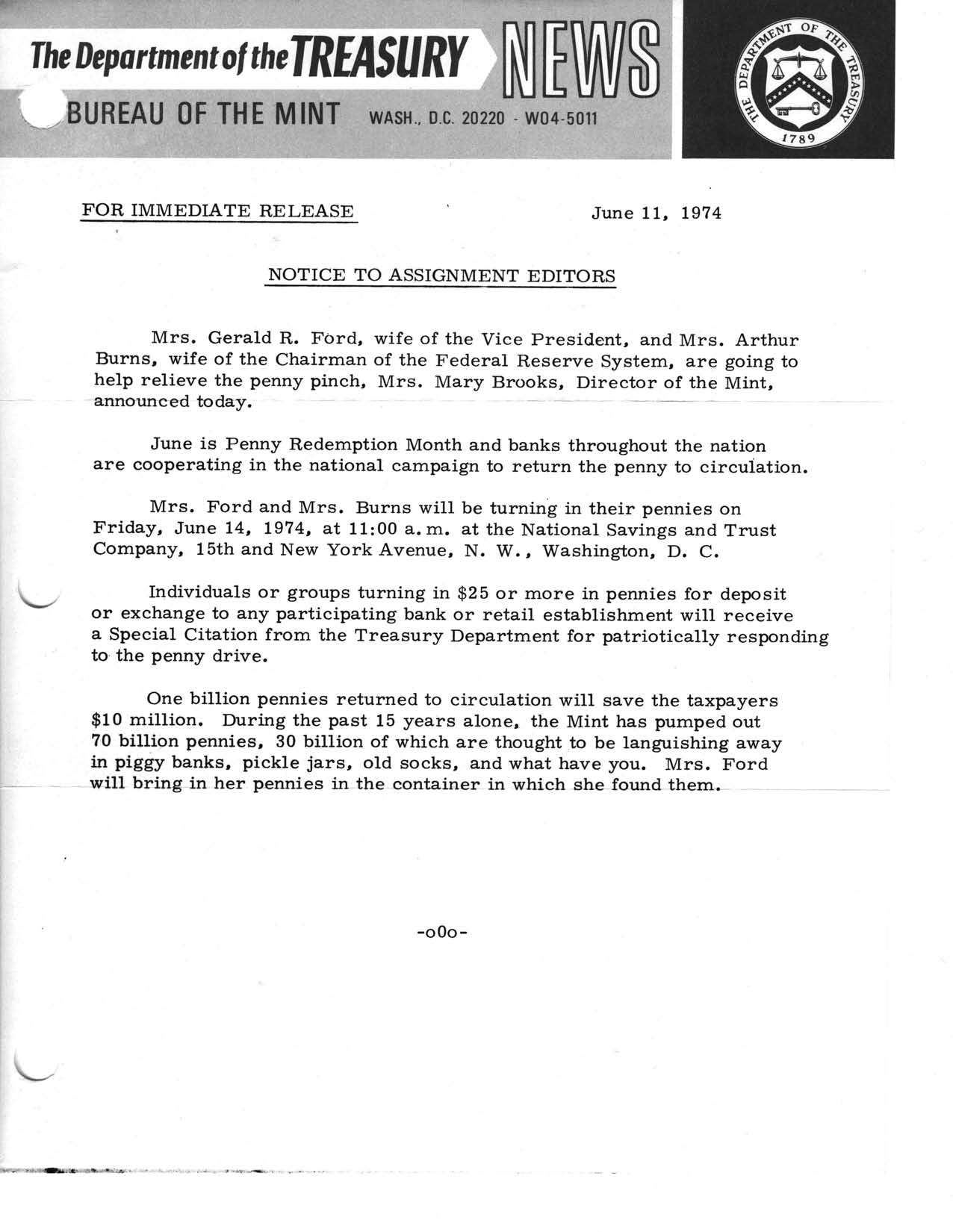 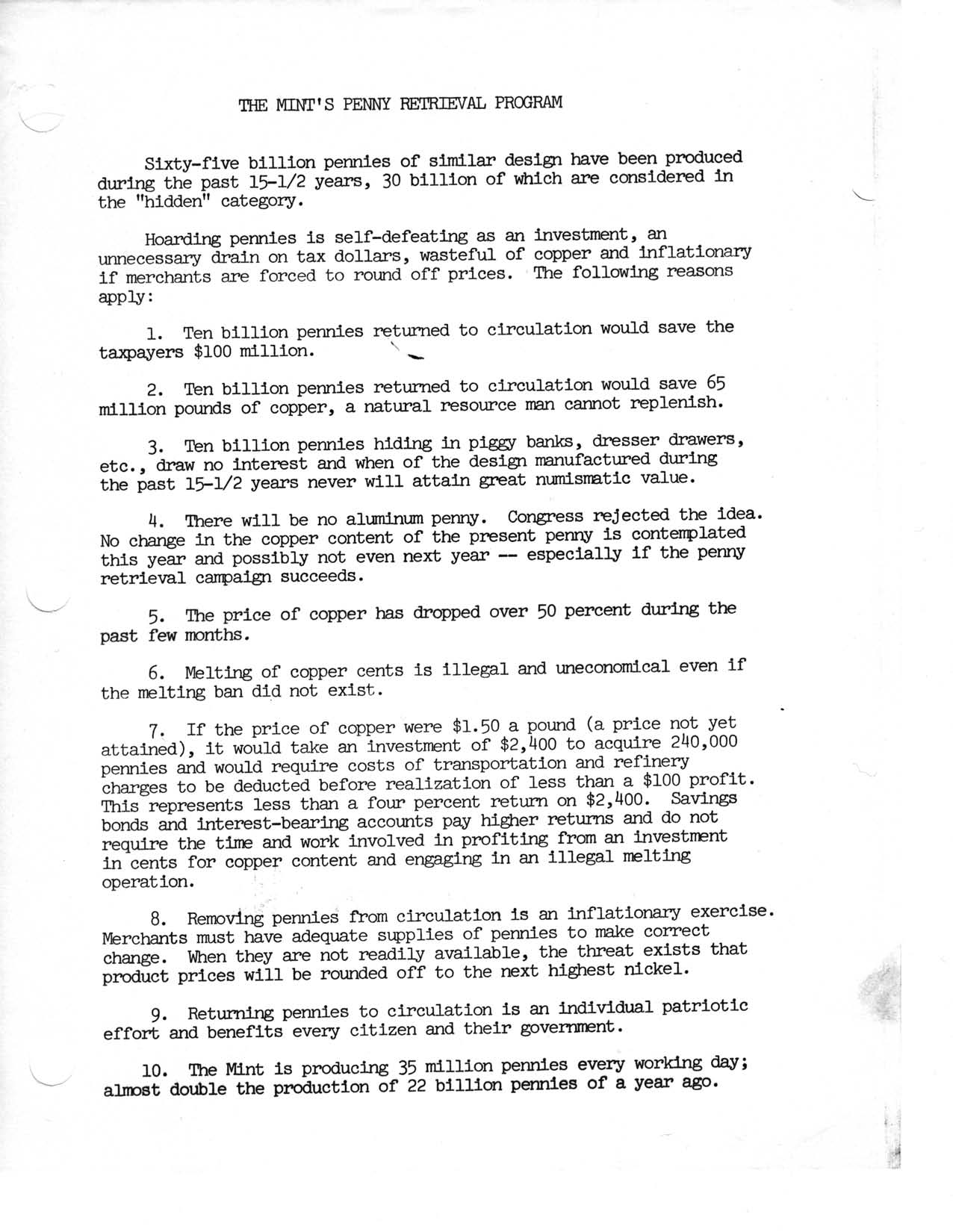 Mrs. Gerald R. Ford, wife of the Vice President, and Mrs. Arthur Burns, wife of the Chairman of the Federal Reserve System, are going to help relieve the penny pinch, Mrs. Mary Brooks, Director of the Mint, announced today.

June is Penny Redemption Month and banks throughout the nation are cooperating in the national campaign to return the penny to circulation.

Individuals or groups turning in $25 or more in pennies for deposit or exchange to any participating bank or retail establishment will receive a Special Citation from the Treasury Department for patriotically responding to the penny drive.

One billion pennies returned to circulation will save the taxpayers $10 million. During the past 15 years alone, the Mint has pumped out 70 billion pennies, 30 billion of which are thought to be languishing away in piggy banks, pickle jars, old socks, and what have you. Mrs. Ford will bring in her pennies in the container in which she found them.

Sixty-five billion pennies of similar design have been produced during the past 15-1/2 years, 30 billion of which are considered in the “hidden” category.

Hoarding pennies is self-defeating as an investment, an unnecessary drain on tax dollars, wasteful of copper and inflationary if merchants are forced to round off prices. The following reasons apply: