Mary T. Brooks Takes Oath of Office for Second Term as Twenty-Eighth Director of the Bureau of the Mint 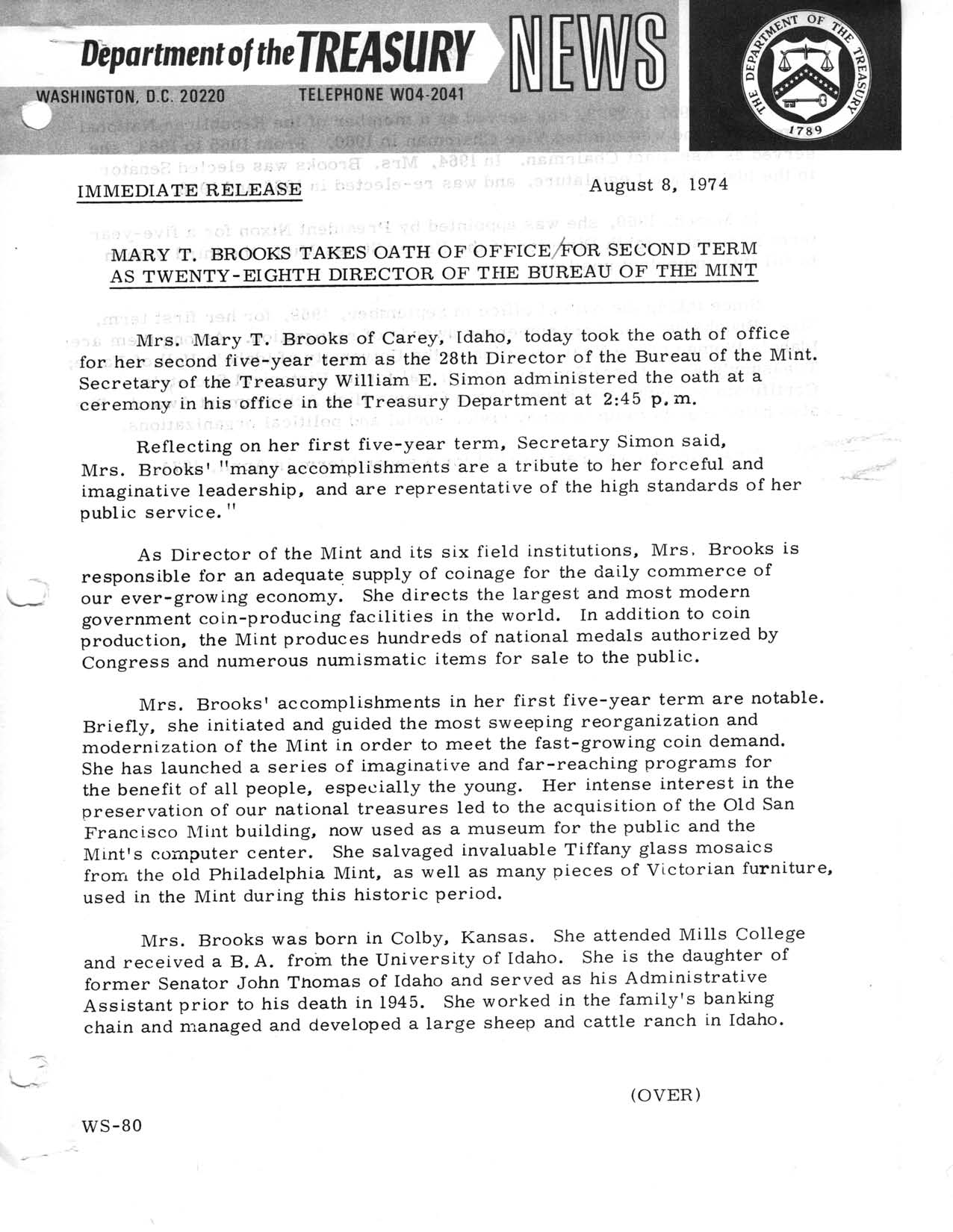 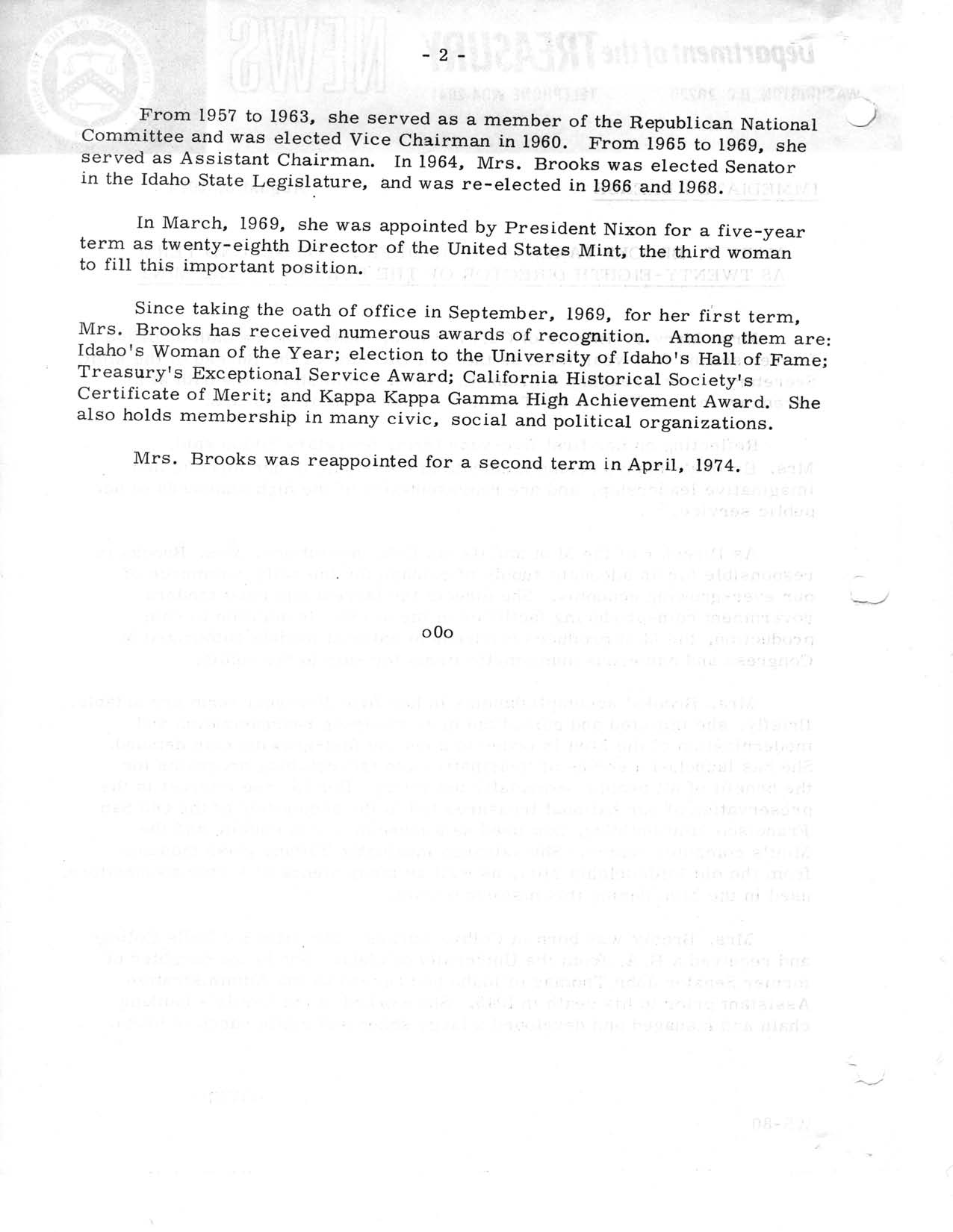 Mrs. Mary T. Brooks of Carey, Idaho, today took the oath of office for her second five-year term as the 28th Director of the Bureau of the Mint. Secretary of the Treasury William E. Simon administered the oath at a ceremony in his office in the Treasury Department at 2:45 p.m.

Reflecting on her first five-year term, Secretary Simon said, Mrs. Brooks’ “many accomplishments are a tribute to her forceful and imaginative leadership, and are representative of high standards of her public service.”

As Director of the Mint and its six field institutions, Mrs. Brooks is responsible for an adequate supply of coinage for the daily commerce of our ever-growing economy. She directs the largest and most modern government coin-producing facilities in the world. In addition to coin production, the Mint produces hundreds of national medals authorized by Congress and numerous numismatic items for sale to the public.

Mrs. Brooks’ accomplishments in her first five-year term are notable. Briefly, she initiated and guided the most sweeping reorganization and modernization of the Mint in order to meet the fast-growing coin demand. She has launched a series of imaginative and far-reaching programs for the benefit of all people, especially the young. Her intense interest in the preservation of our national treasures led to the acquisition of the Old San Francisco Mint building, now used as a museum for the public and the Mint’s computer center. She salvaged invaluable Tiffany glass mosaics from the old Philadelphia Mint, as well as many pieces of Victorian furniture, used in the Mint during this historic period.

Mrs. Brooks was born in Colby, Kansas. She attended Mills College and received a B.A. from the University of Idaho. She is the daughter of former Senator John Thomas of Idaho and served as his Administrative Assistant prior to his death in 1945. She worked in the family’s banking chain and managed and developed a large sheep and cattle ranch in Idaho.

In March, 1969, she was appointed by President Nixon for a five-year term as twenty-eighth Director of the United States Mint, the third woman to fill this important position.

Since taking the oath of office in September, 1969, for the first term, Mrs. Brooks has received numerous awards of recognition. Among them are: Idaho’s Woman of the Year; election to the University of Idaho’s Hall of Fame; Treasury’s Exceptional Service Award; California Historical Society’s Certificate of Merit; and Kappa Kappa Gamma High Achievement Award. She also holds membership in many civic, social and political organizations.

Mrs. Brooks was reappointed for a second term in April, 1974.