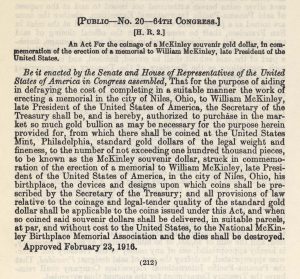 An Act For the coinage of a McKinley souvenir gold dollar, in commemoration of the erection of a memorial to William McKinley, late President of the United States.