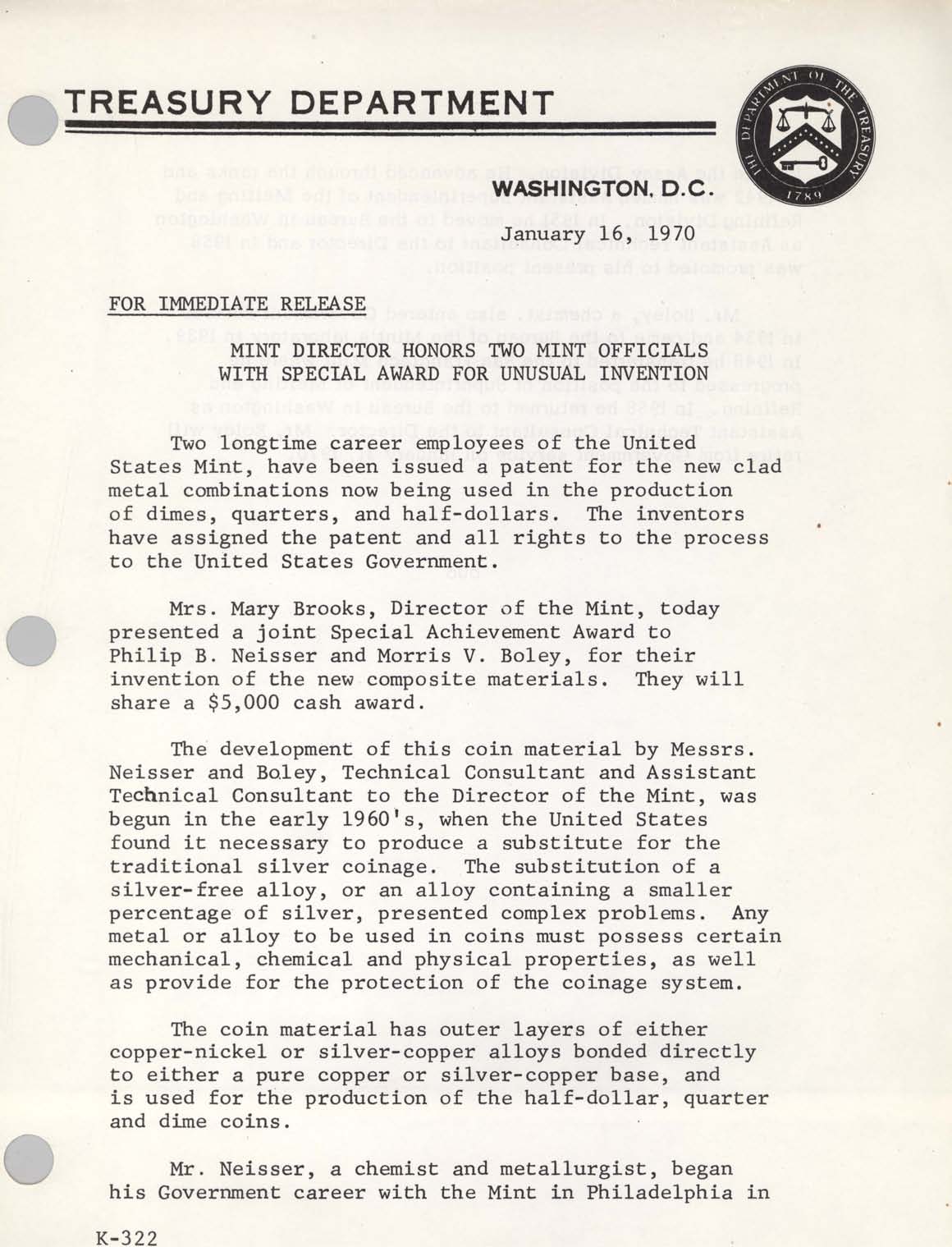 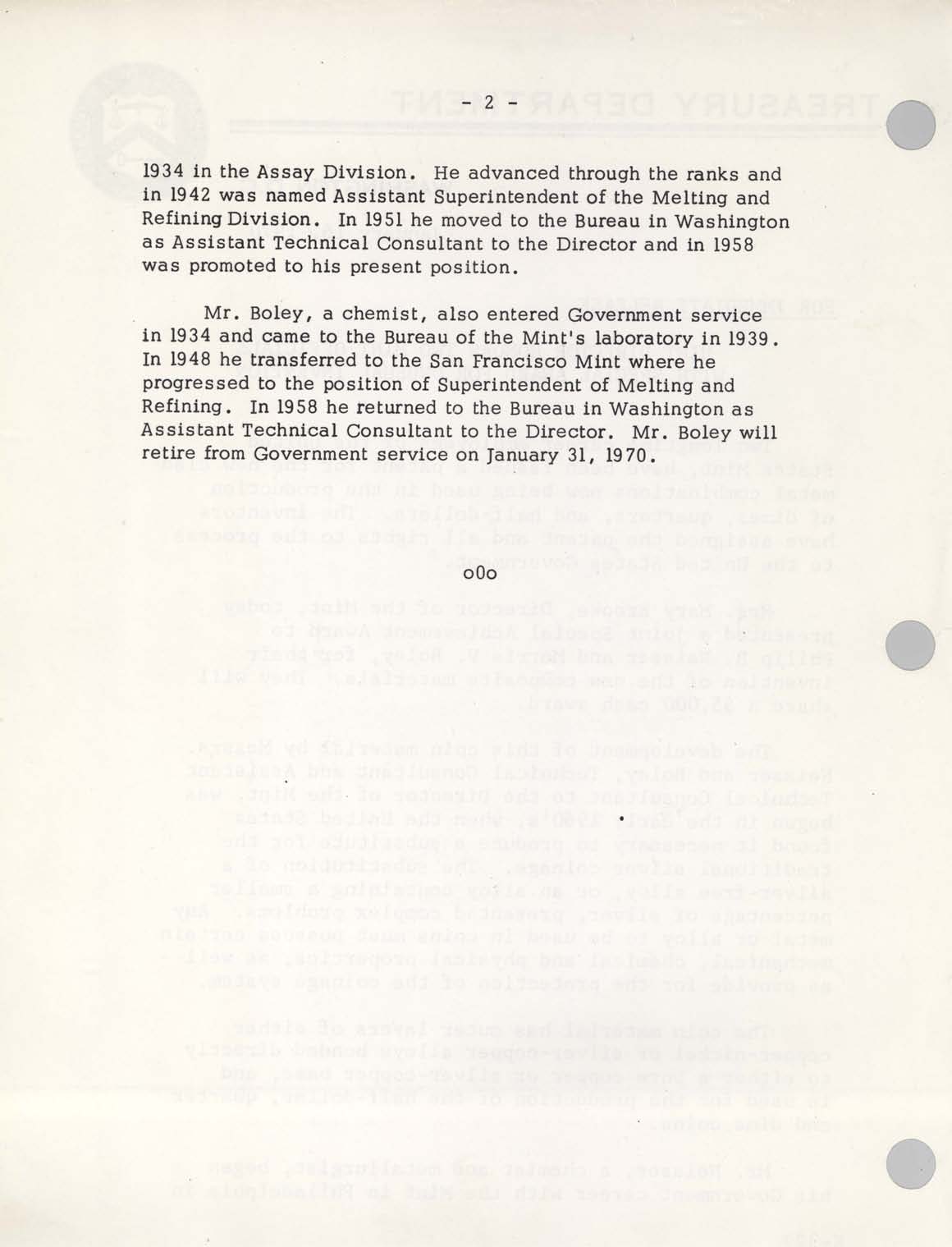 Two longtime career employees of the United States Mint have been issued a patent for the new clad metal combinations now being used in the production of dimes, quarters, and half-dollars. The inventors have assigned the patent and all rights to the process to the United States Government.

Mrs. Mary Brooks, Director of the Mint, today presented a joint Special Achievement Award to Philip B. Neisser and Morris V. Boley, for their invention of the new composite materials. They will share $5,000 cash award.

The development of this coin material by Messrs. Neisser and Boley, Technical Consultant and Assistant Technical Consultant to the Director of the Mint, was begun in the early 1960’s, when the United States found it necessary to produce a substitute for the traditional silver coinage. The substitution of a silver-free alloy or an alloy containing a smaller percentage of silver presented complex problems. Any metal or alloy to be used in coins must possess certain mechanical, chemical and physical properties, as well as provide for the protection of the coinage system.

The coin material has outer layers of either copper-nickel or silver-copper alloys bonded directly to either a pure copper or silver-copper base, and is used for the production of the half-dollar, quarter and dime coins.

Mr. Neisser, a chemist and metallurgist, began his Government career with the Mint in Philadelphia in 1934 in the Assay Division. He advanced through the ranks and in 1942 was named Assistant Superintendent of the Melting and Refining Division. In 1951 he moved to the Bureau in Washington as Assistant Technical Consultant to the Director and in 1958 was promoted to his present position.

Mr. Boley, a chemist, also entered Government service in 1934 and came to the Bureau of the Mint’s laboratory in 1939. In 1948 he transferred to the San Francisco Mint where he progressed to the position of Superintendent of Melting and Refining. In 1958 he returned to the Bureau in Washington as Assistant Technical Consultant to the Director. Mr. Boley will retire from Government service on January 31, 1970.