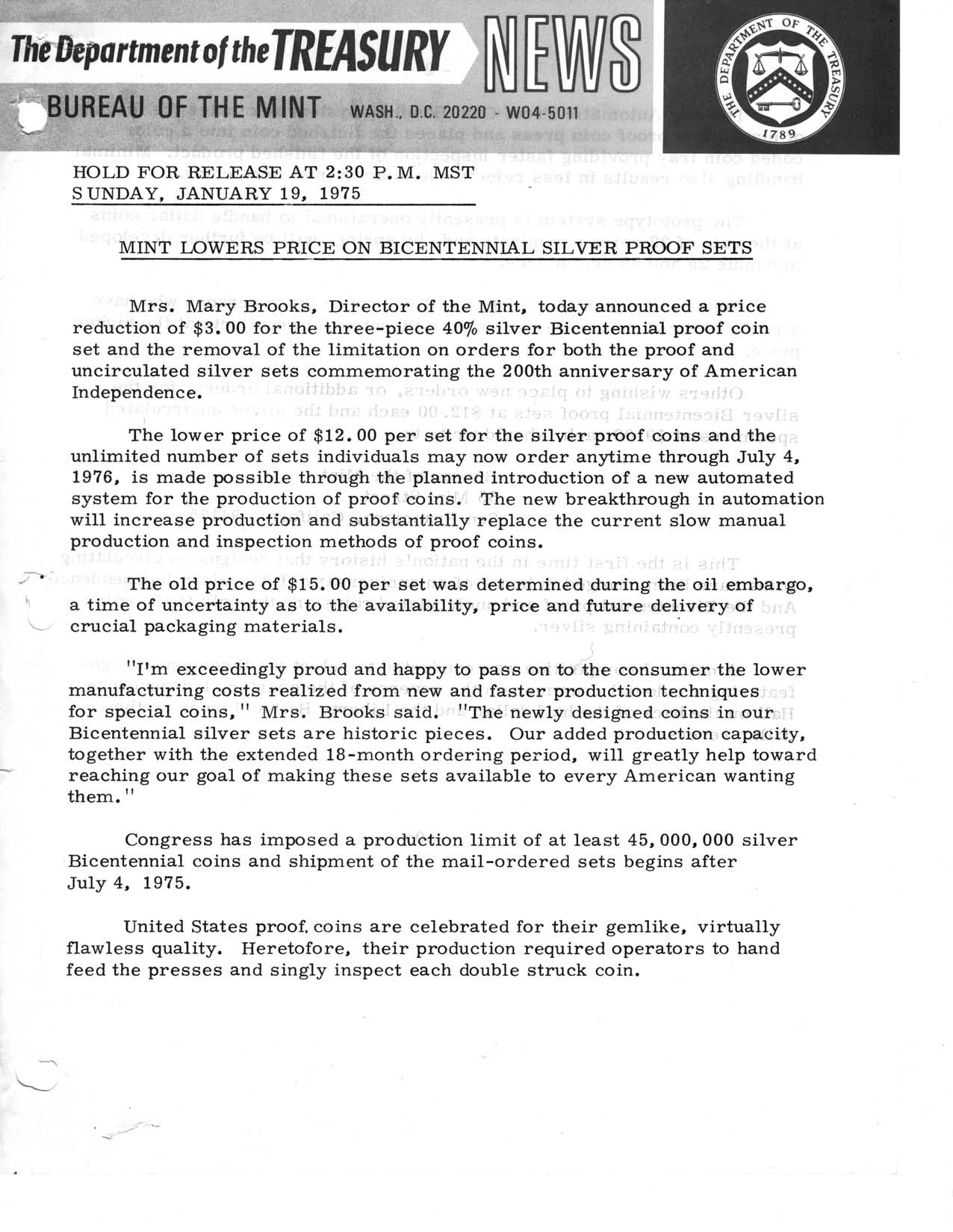 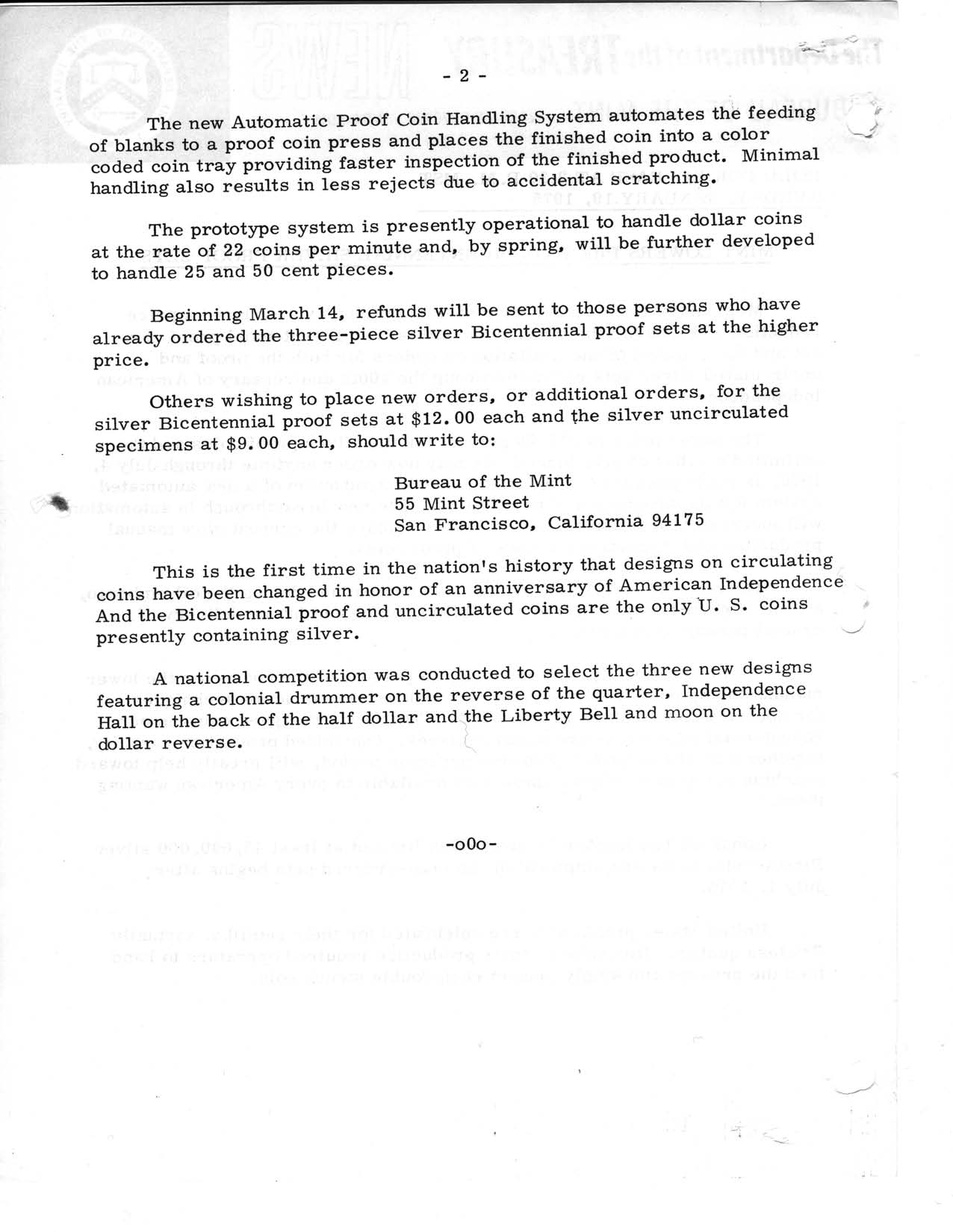 Mrs. Mary Brooks, Director of the Mint, today announced a price reduction of $3.00 for the three-piece 40% silver Bicentennial proof coin set and the removal of the limitation on orders for both the proof and uncirculated silver sets commemorating the 200th anniversary of American Independence.

The old price of $15.00 per set was determined during the oil embargo, a time of uncertainty as to the availability, price and future delivery of crucial packaging materials.

I’m exceedingly proud and happy to pass on to the consumer the lower manufacturing costs realized from new and faster production techniques for special coins,” Mrs. Brooks said. “The newly designed coins in our Bicentennial silver sets are historic pieces. Our added production capacity, together with the extended 18-month ordering period, will greatly help toward reaching our goal of making these sets available to every American wanting them.”

Congress has imposed a production limit of at least 45,000,000 silver Bicentennial coins and shipment of the mail-ordered sets begins after July 4, 1975.

The new Automatic Proof Coin Handling System automates the feeding of blanks to a proof coin press and places the finished coin into a color coded coin tray providing faster inspection of the finished product. Minimal handling also results in less rejects due to accidental scratching.

The prototype system is presently operational to handle dollar coins at the rate of 22 coins per minute and, by spring, will be further developed to handle 25 and 50 cent pieces.

Beginning March 14, refunds will be sent to those persons who have already ordered the three-piece silver Bicentennial proof sets at the higher price.

Others wishing to place new orders, or additional orders, for the silver Bicentennial proof sets at $12.00 each, and the silver uncirculated specimens at $9.00 each, should write to:

This is the first time in the nation’s history that designs on circulating coins have been changed in honor of an anniversary of American Independence. And the Bicentennial proof and uncirculated coins are the only U.S. coins presently containing silver.

A national competition was conducted to select the three new designs featuring a colonial drummer on the reverse of the quarter, Independence Hall on the back of the half dollar and the Liberty Bell and moon on the dollar reverse.