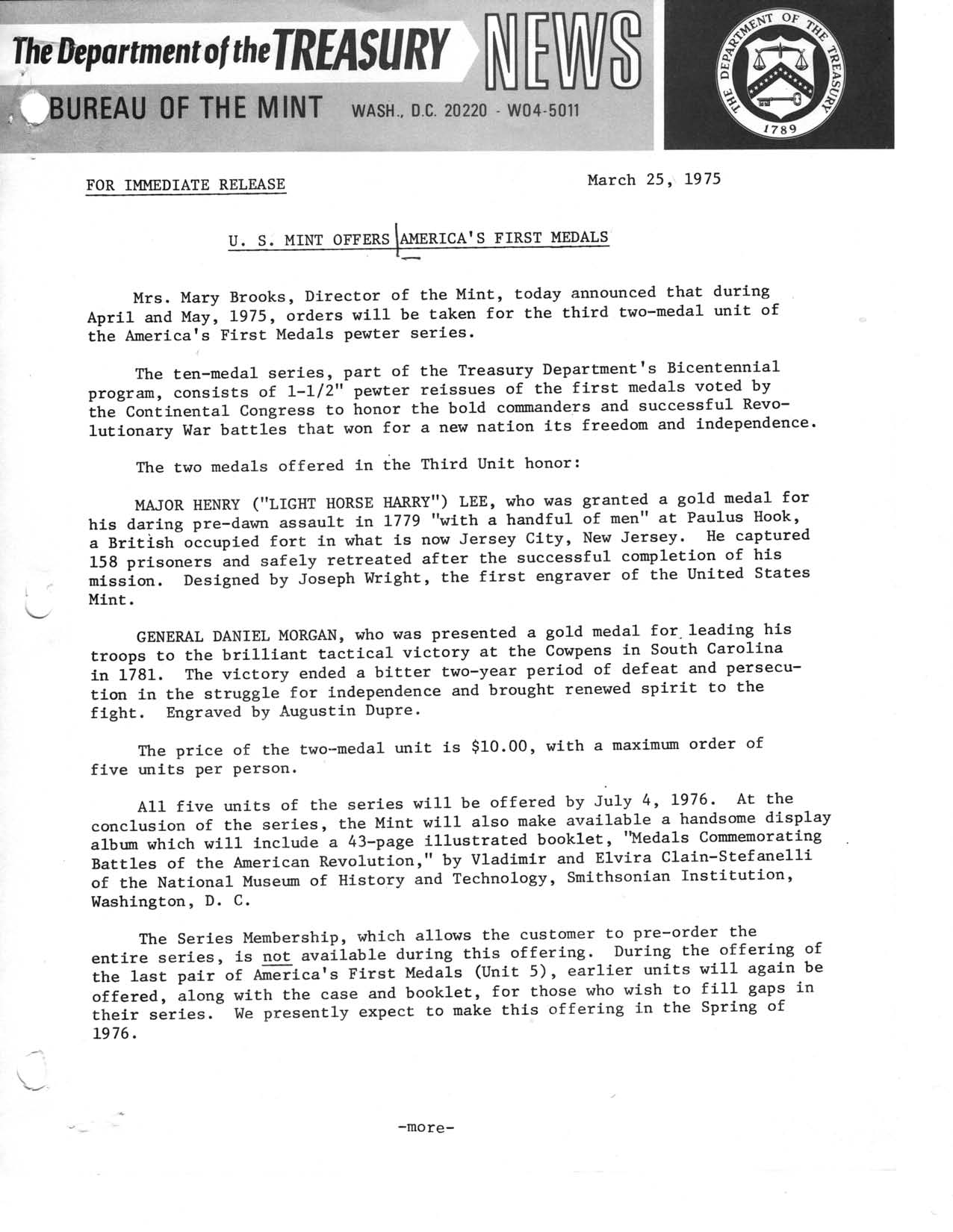 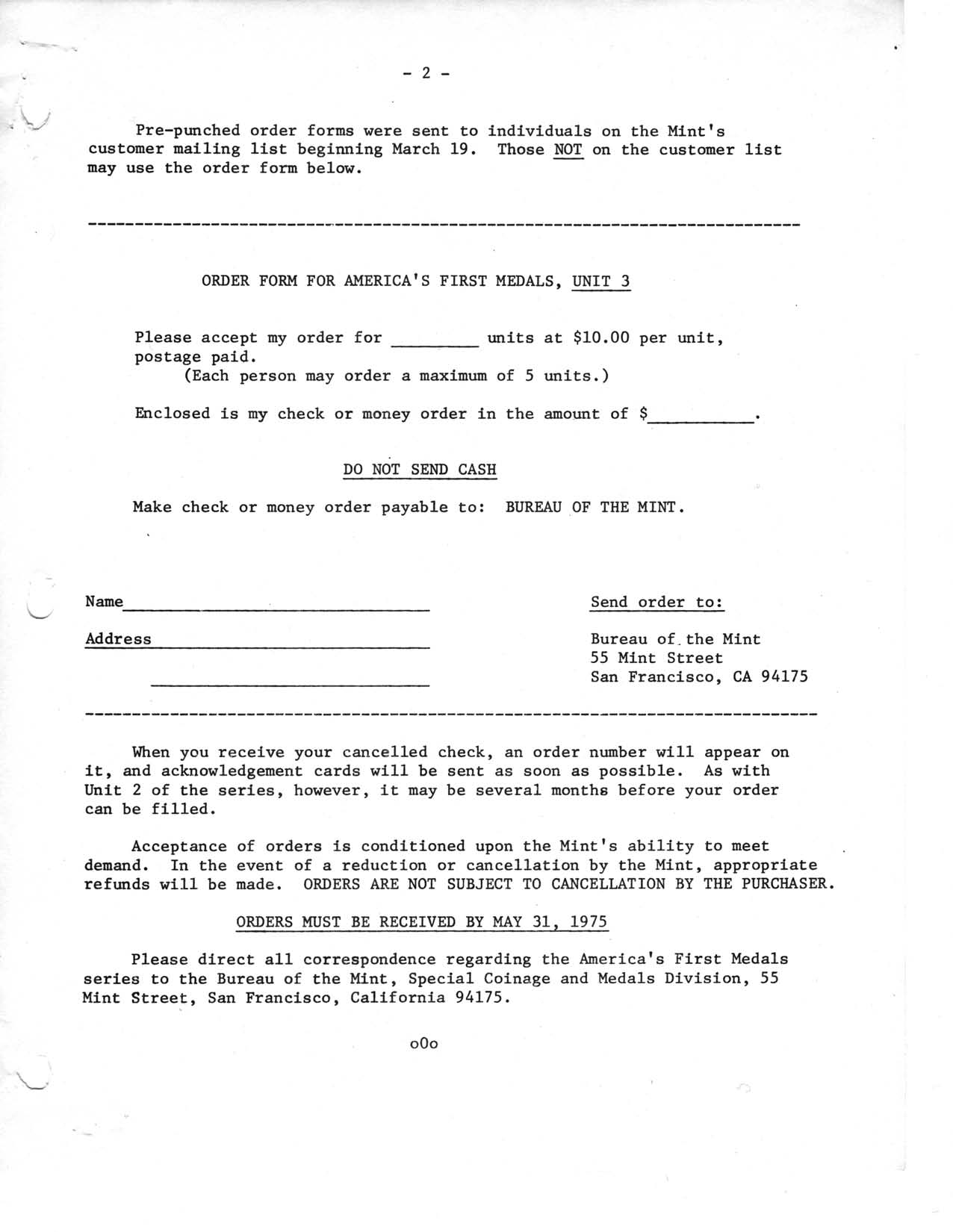 Mrs. Mary Brooks, Director of the Mint, today announced that during April and May, 1975, orders will be taken for the third two-medal unit of the America’s First Medals pewter series.

The ten-medal series, part of the Treasury Department’s Bicentennial program, consists of 1-1/2″ pewter reissues of the first medals voted by the Continental Congress to honor the bold commanders and successful Revolutionary War battles that won for a new nation its freedom and independence.

The two medals offered in the Third Unit honor:

Major Henry (“Light Horse Harry”) Lee, who was granted a gold medal for his daring pre-dawn assault in 1779 “with a handful of men” at Paulus Hook, a British occupied fort in what is now Jersey City, New Jersey. He captured 158 prisoners and safely retreated after the successful completion of his mission. Designed by Joseph Wright, the first engraver of the United States Mint.

General Daniel Morgan, who was presented a gold medal for leading his troops to the brilliant tactical victory at the Cowpens in South Carolina in 1781. The victory ended a bitter two-year period of defeat and persecution in the struggle for independence and brought renewed spirit to the fight. Engraved by Augustin Dupre.

The price of the two-medal unit is $10.00, with a maximum order of five units per person.

All five units of the series will be offered by July 4, 1976. At the conclusion of the series, the Mint will also make available a handsome display album which will include a 43-page illustrated booklet, “Medals Commemorating Battles of the American Revolution,” by Vladimir and Elvira Clain-Stefanelli of the National Museum of History and Technology, Smithsonian Institution, Washington, D.C.

The series Membership, which allows the consumer to pre-order the entire series, is not available during this offering. During the offering of the last pair of America’s First Medals (Unit 5), earlier units will again be offered, along with the case and booklet, for those wish to fill gaps in their series. We presently expect to make this offering in the Spring of 1976.

Pre-punched order forms were sent to individuals on the Mint’s customer mailing list beginning March 19. Those NOT on the customer list may use the order form.