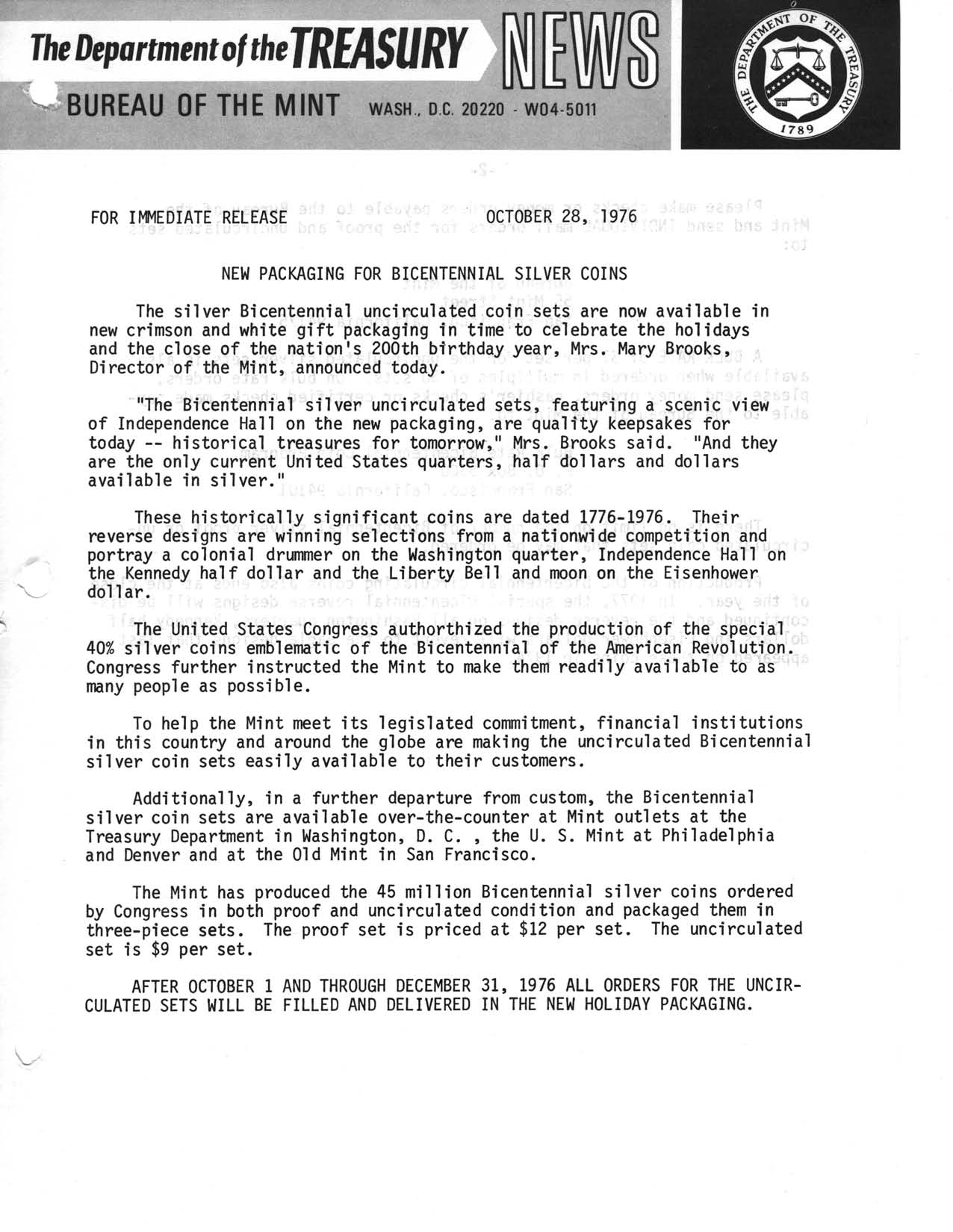 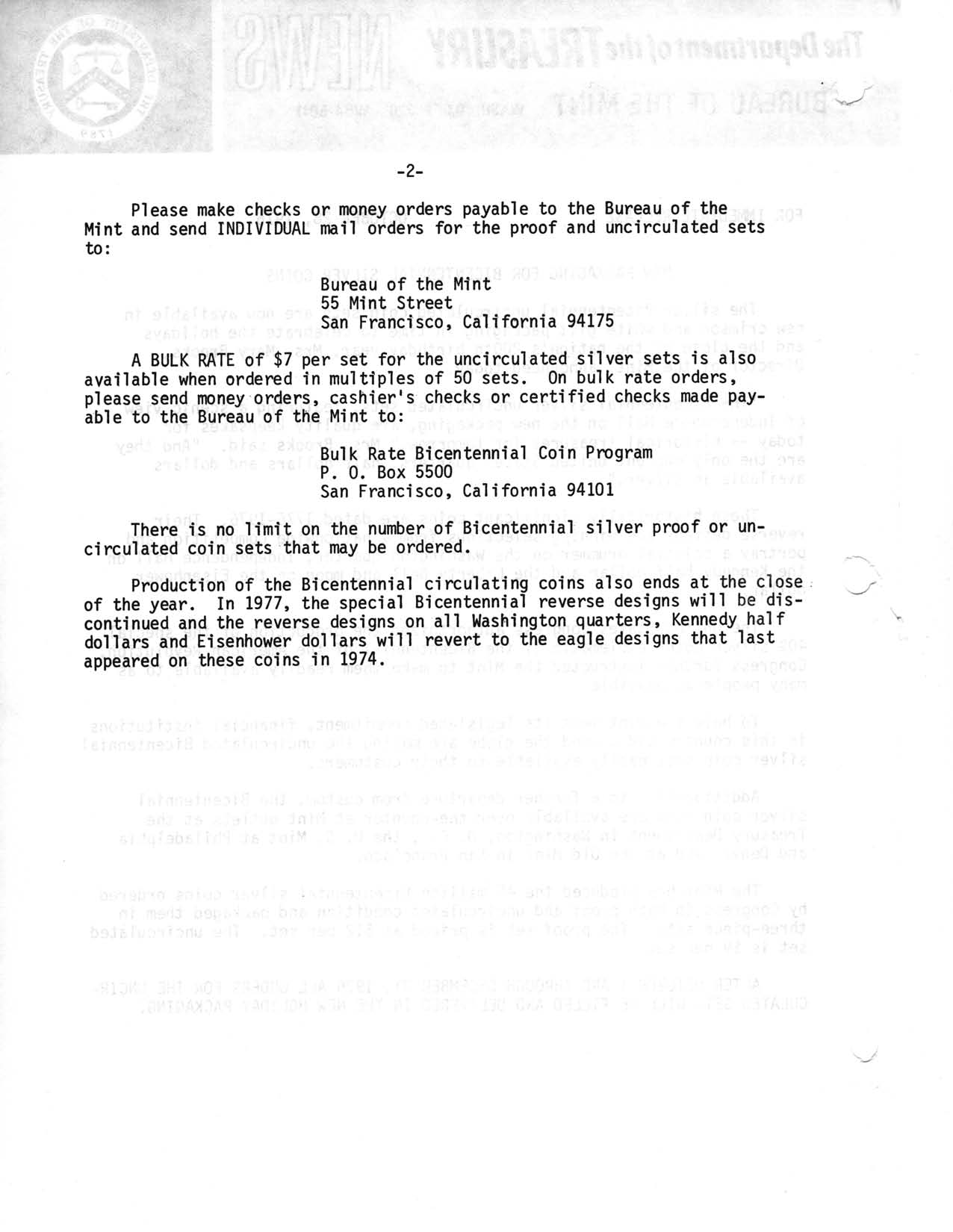 The silver Bicentennial uncirculated coin sets are now available in new crimson and white gift packaging in time to celebrate the holidays and the close of the nation’s 200th birthday year, Mrs. Mary Brooks, Director of the Mint, announced today.

“The Bicentennial silver uncirculated sets, featuring a scenic view of Independence Hall on the new packaging, are quality keepsakes for today—historical treasures for tomorrow,” Mrs. Brooks said. “And they are the only current United States quarters, half dollars and dollars available in silver.”

These historically significant coins are dated 1776-1976. Their reverse designs are winning selections from a nationwide competition and portray a colonial drummer on the Washington quarter, Independence Hall on the Kennedy half dollar and the Liberty Bell and moon on the Eisenhower dollar.

The United States Congress authorized the production of the special 40% silver coins emblematic of the Bicentennial of the American Revolution. Congress further instructed the Mint to make them readily available to as many people as possible.

To help the Mint meet its legislated commitment, financial institutions in this country and around the globe are making the uncirculated Bicentennial silver coin sets easily available to their customers.

Additionally, in a further departure from custom, the Bicentennial silver coin sets are available over-the-counter at Mint outlets at the Treasury Department in Washington, D.C., the U.S. Mint at Philadelphia and Denver and at the Old Mint in San Francisco.

The Mint has produced the 45 million Bicentennial silver coins ordered by congress in both proof and uncirculated condition and packaged them in three-piece sets. The proof set is priced at $12 per set. The uncirculated set is $9 per set.

After October 1 and through December 31, 1976 all orders for the uncirculated sets will be filled and delivered in the new holiday packaging.

Please make checks or money orders payable to the Bureau of the Mint and send INDIVIDUAL mail orders for the proof and uncirculated sets to:

A BULK RATE of $7 per set for the uncirculated silver sets is also available when ordered when ordered in multiples of 50 sets. On bulk rate orders, please send money orders, cashier’s checks or certified checks made payable to the Bureau of the Mint to:

There is no limit on the number of Bicentennial silver proof or uncirculated coin sets that may be ordered.

Production of the Bicentennial circulating coins also ends at the close of the year. In 1977, the special Bicentennial reverse designs will be discontinued and the reverse designs on all Washington quarters, Kennedy half dollars and Eisenhower dollars will revert to the eagle designs that last appeared on these coins in 1974.