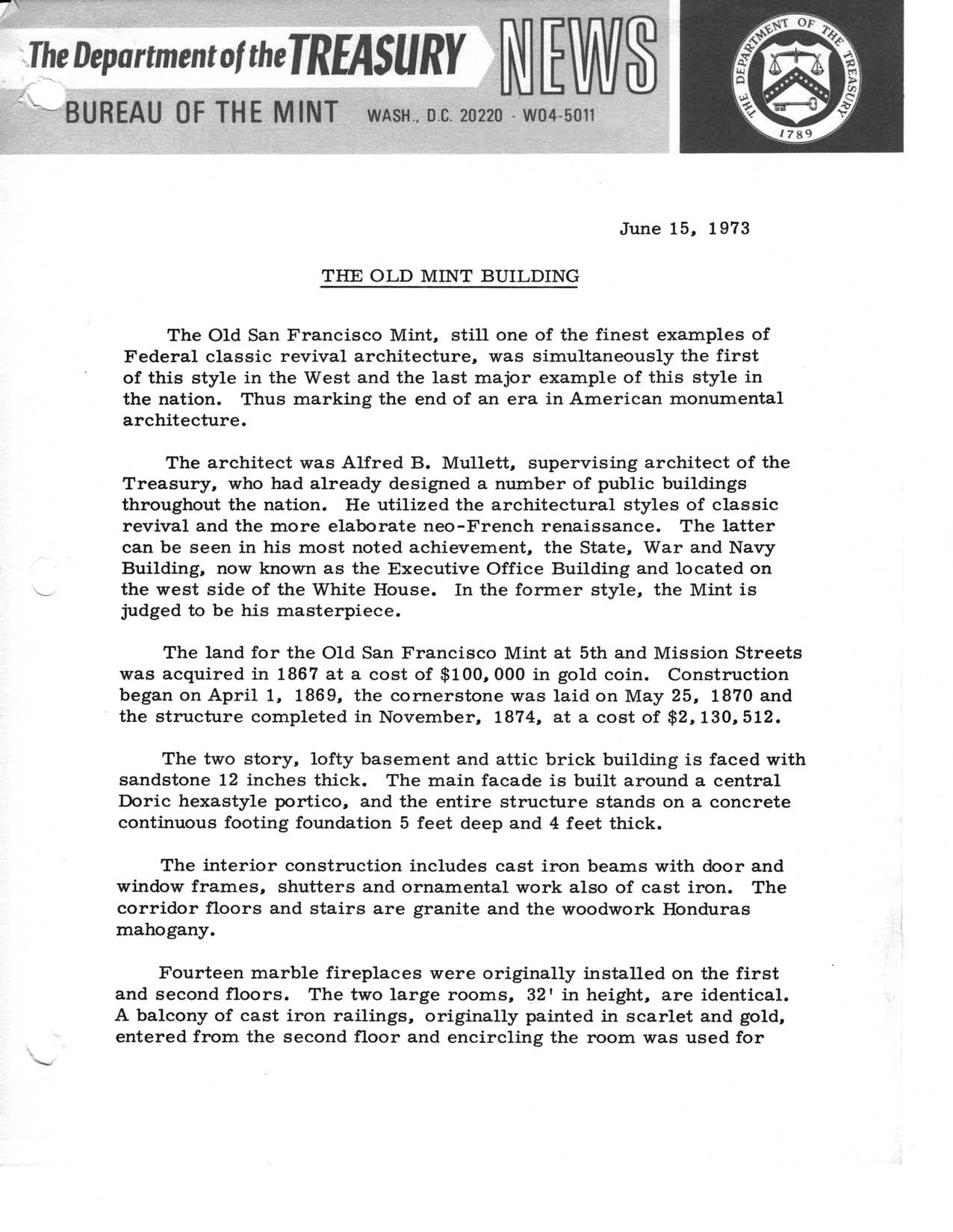 The architect was Alfred B. Mullett, supervising architect of the Treasury, who had already designed a number of public buildings throughout the nation. He utilized the architectural styles of classic revival and the more elaborate neo-French renaissance. The latter can be seen in his most noted achievement, the State, War and Navy Building, now known as the Executive Office Building and located on the west side of the White House. In the former style, the Mint is judged to be his masterpiece.

The two story, lofty basement and attic brick building is faced with sandstone 12 inches thick. The main facade is built around a central Doric hexastyle portico, and the entire structure stands on a concrete continuous footing foundation 5 feet deep and 4 feet thick.

The interior construction includes cast iron beams with door and window frames, shutters and ornamental work also of cast iron. The corridor floors and stairs are granite and the woodwork Honduras mahogany.

Fourteen marble fireplaces were originally installed on the first and second floors. The two large rooms, 32′ in height, are identical. A balcony of cast iron railings, originally painted in scarlet and gold, entered from the second floor and encircling the room was used for armed guards when the Mint was in full operation. Eight large windows admit light from the courtyard and at night two large chandeliers in bronze and gold, each having 12 burners, were lighted.

In the restoration of the building, every effort was made to authentically rehabilitate the museum rooms. As an example, to determine the colors of the paint originally used inside, historical architects of the National Park Service removed and examined small sections of the entire layering of paint in cross section through a binocular microscope. This revealed all layers of paints or varnishes from the original prime coat through the existing finish coats. With this knowledge of the layering, and under magnification, it was possible to remove areas, layer by layer, with acetone or other chemicals, or physically cut away the layers with very sharp knives, and identify each layer.

Next year the restoration of the exterior of the building will get underway.