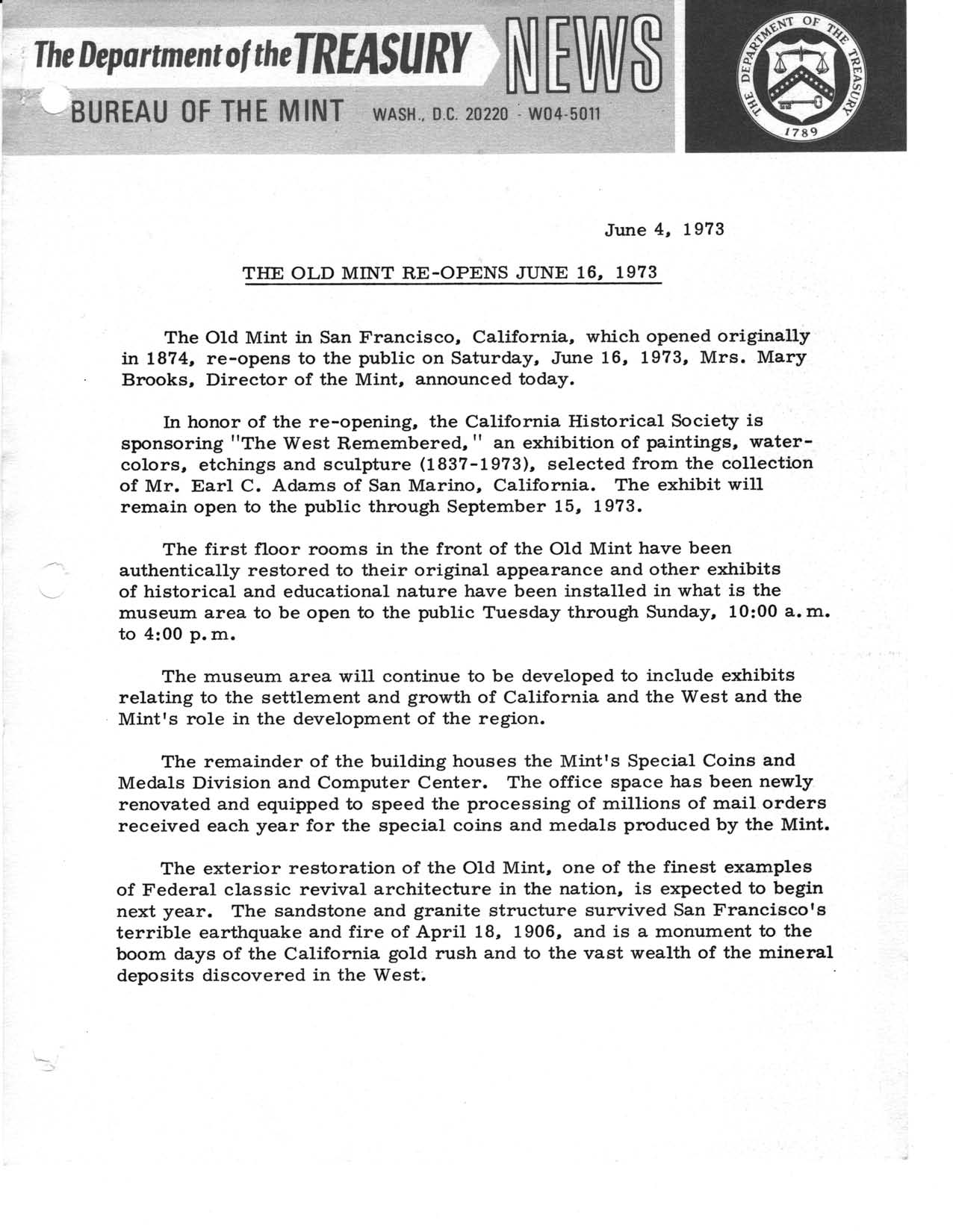 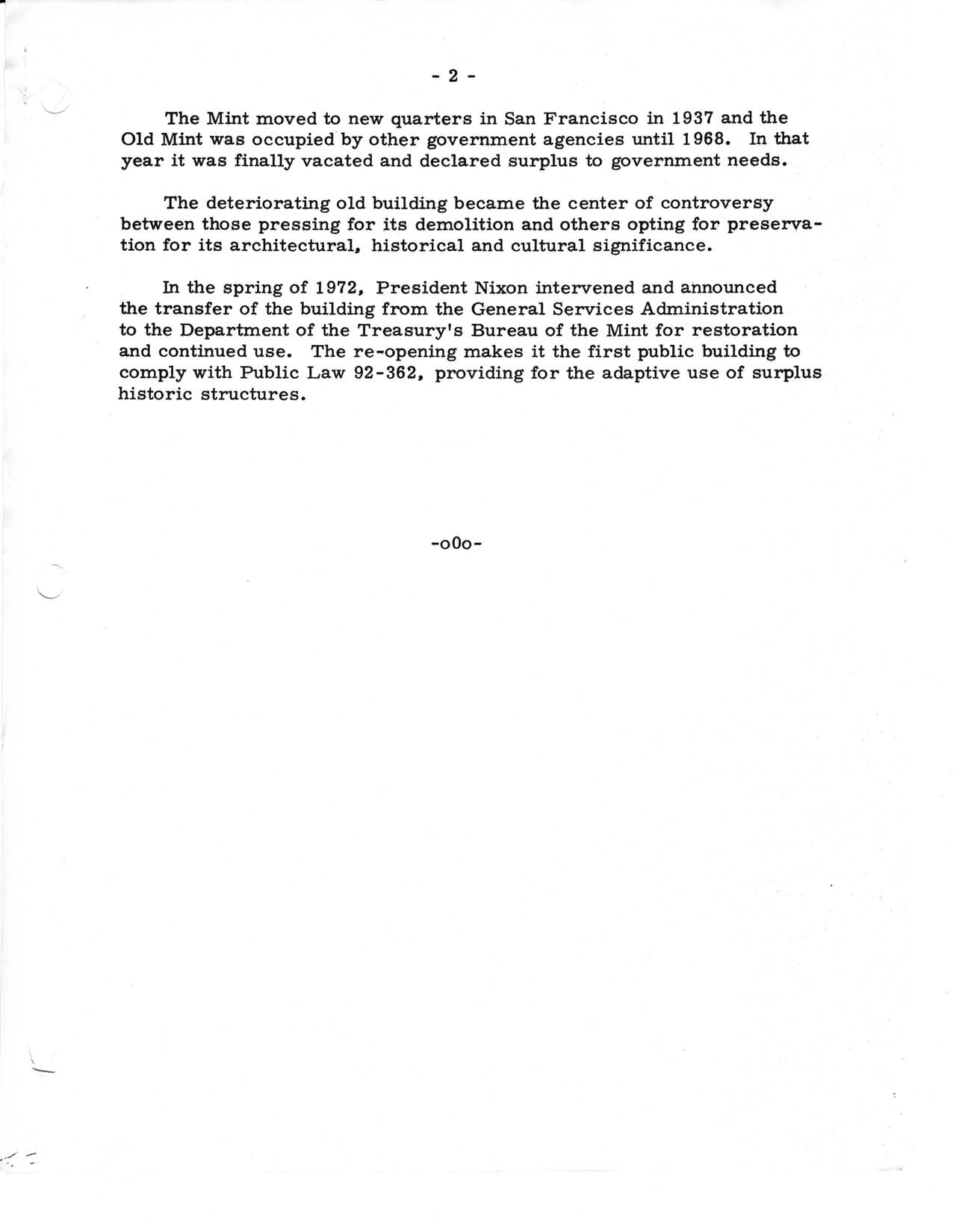 The Old Mint in San Francisco, California, which opened originally in 1874, re-opens to the public on Saturday, June 16, 1973, Mrs. Mary Brooks, Director of the Mint, announced today.

In honor of the re-opening, the California Historical Society is sponsoring “The West Remembered,” an exhibition of paintings, watercolors, etchings and sculpture (1837-1973), selected from the collection of Mr. Earl C. Adams of San Marino, California. The exhibit will remain open to the public through September 15, 1973.

The first floor rooms in the front of the Old Mint have been authentically restored to their original appearance and other exhibits of historical and educational nature have been installed in what is the museum area to be open to the public Tuesday through Sunday, 10:00 a.m. to 4:00 p.m.

The museum area will continue to be developed to include exhibits relating to the settlement and growth of California and the West and the Mint’s role in the development of the region.

The remainder of the building houses the Mint’s Special Coins and Medals Division and Computer Center. The office space has been newly renovated and equipped to speed the processing of millions of mail orders received each year for special coins and medals produced by the Mint.

The exterior restoration of the Old Mint, one of the finest examples of the Federal classic revival architecture in the nation, is expected to begin next year. The sandstone and granite structure survived San Francisco’s terrible earthquake and fire on April 18, 1906, and is a monument to the boom days of the California gold rush and to the vast wealth of the mineral deposits discovered in the West.

The Mint moved to new quarters in San Francisco in 1937 and the Old Mint was occupied by other government agencies until 1968. In that year it was finally vacated and declared surplus to government needs.

The deteriorating old building became the center of controversy between those pressing for its demolition and others opting for preservation for its architectural, historical and cultural significance.

In the spring of 1972, President Nixon intervened and announced the transfer of the building from the General Services Administration to the Department of the Treasury’s Bureau of the Mint for restoration and continued use. The re-opening makes it the first public building to comply with Public Law 92-362, providing for the adaptive use of surplus historic structures.