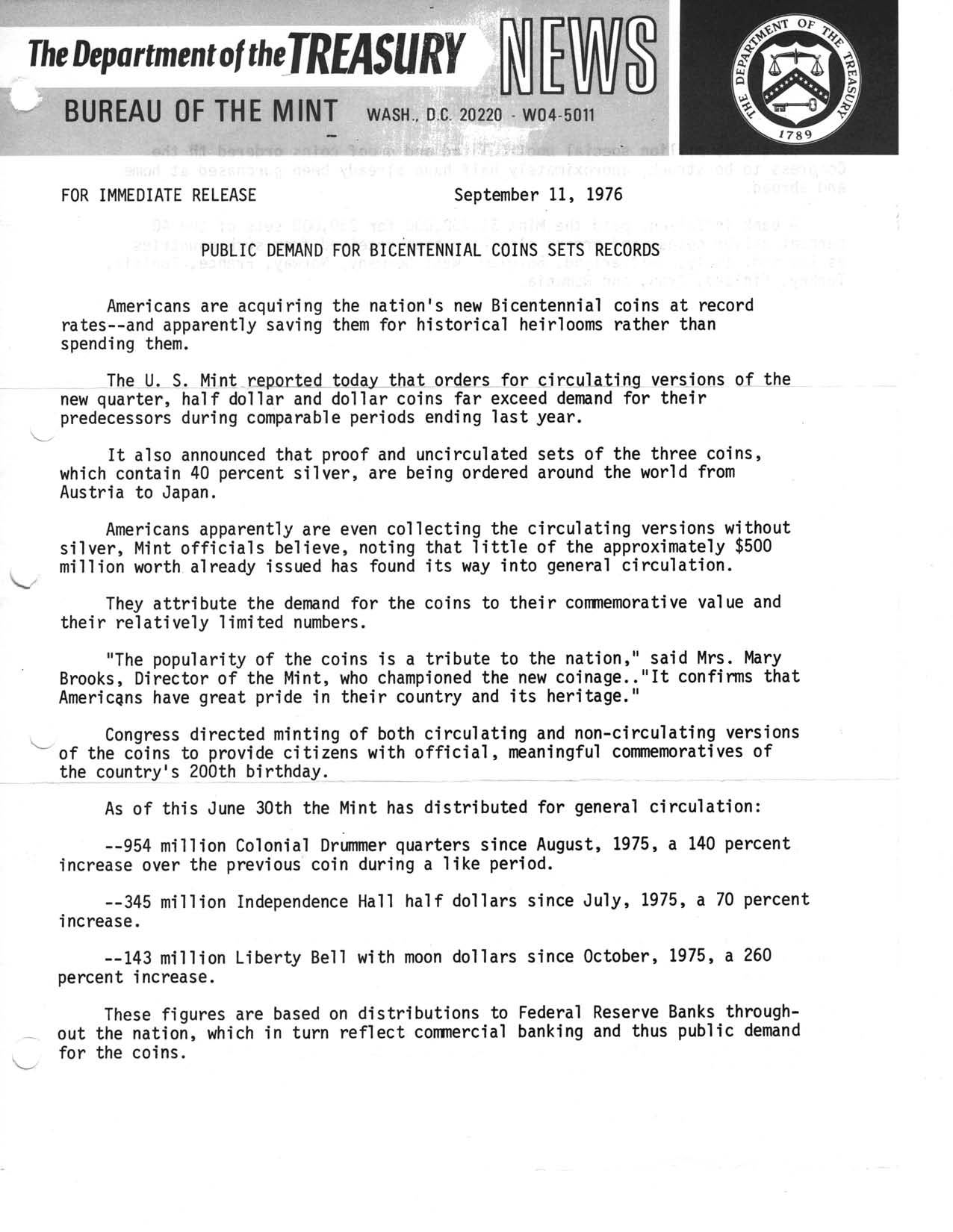 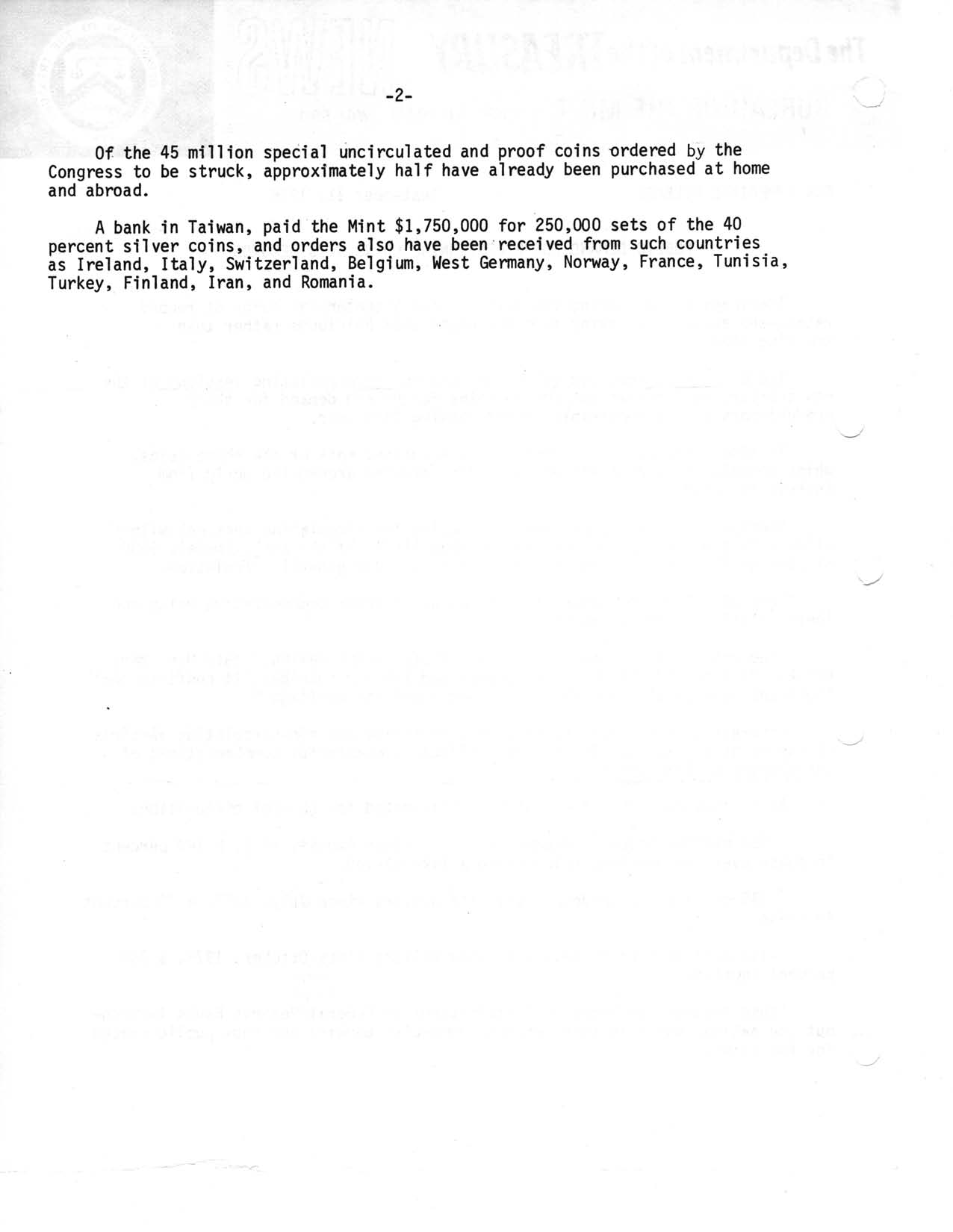 Americans are acquiring the nation’s new Bicentennial coins at record rates—and apparently saving them for historical heirlooms rather than spending them.

The U.S. Mint reported today that orders for circulating versions of the new quarter, half dollar and dollar coins far exceed demand for their predecessors during comparable periods ending last year.

It also announced that proof and uncirculated sets of the three coins, which contain 40 percent silver, are being ordered around the world from Austria to Japan.

Americans apparently are even collecting the circulating versions without silver, Mint officials believe, noting that little of the approximately $500 million worth already issued has found its way into general circulation.

They attribute the demand for the coins to their commemorative value and their relatively limited numbers.

“The popularity of the coins is a tribute to the nation,” said Mrs. Mary Brooks, Director of the Mint, who championed the new coinage. “It confirms that Americans have great pride in their country and its heritage.”

Congress directed minting of both circulating and non-circulating versions of the coins to provide citizens with official, meaningful commemoratives of the country’s 200th birthday.

As of this June 30th the Mint has distributed for general circulation:

These figures are based on distributions to Federal Reserve Banks throughout the nation, which in turn reflect commercial banking and thus public demand for the coins.

Of the 45 million special uncirculated and proof coins ordered by the Congress to be struck, approximately half have already been purchased at home and abroad.

A bank in Taiwan, paid the Mint $1,750,000 for 250,000 sets of the 40 percent silver coins, and orders also have been received from such countries as Ireland, Italy, Switzerland, Belgium, West Germany, Norway, France, Tunisia, Turkey, Finland, Iran, and Romania.