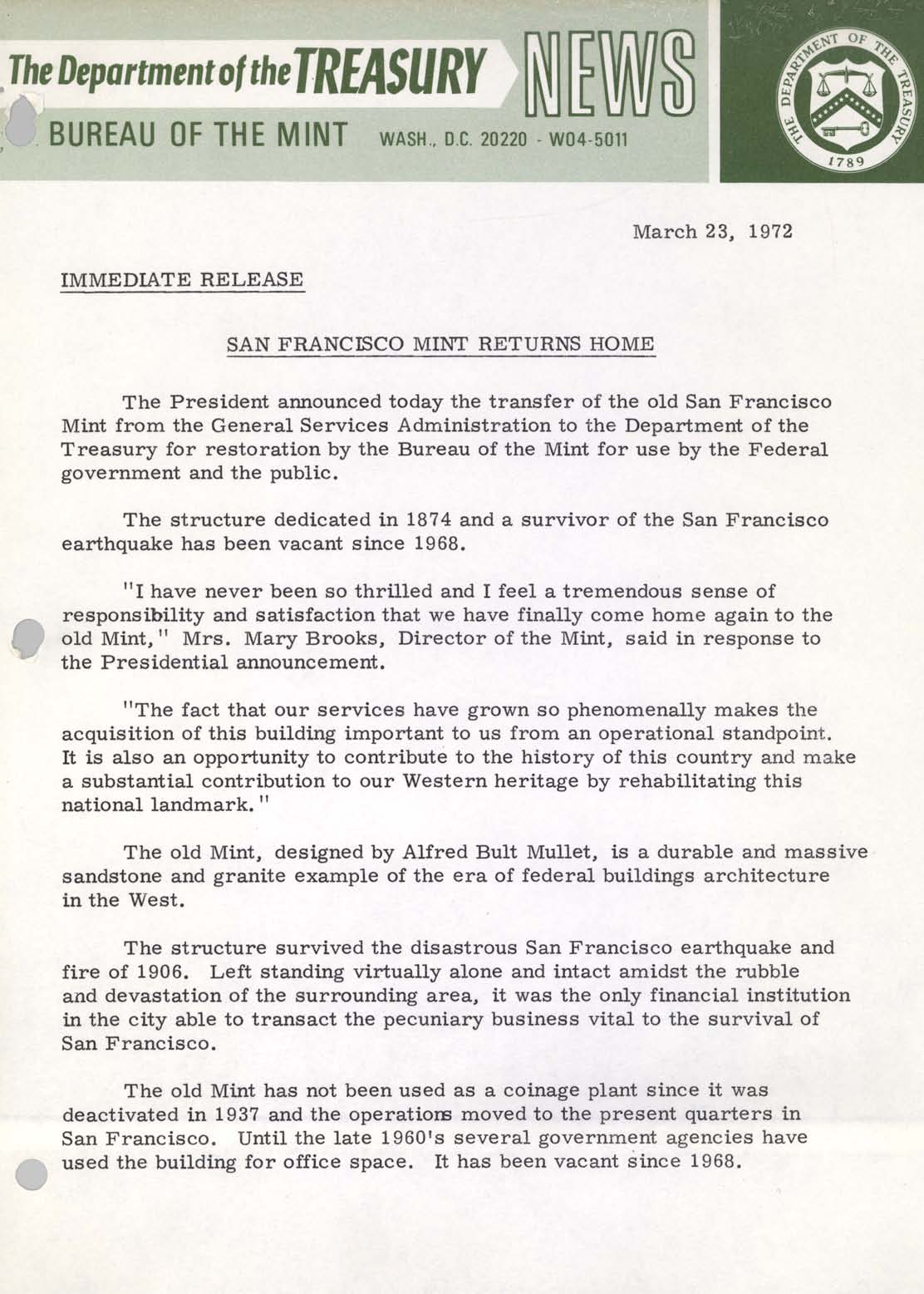 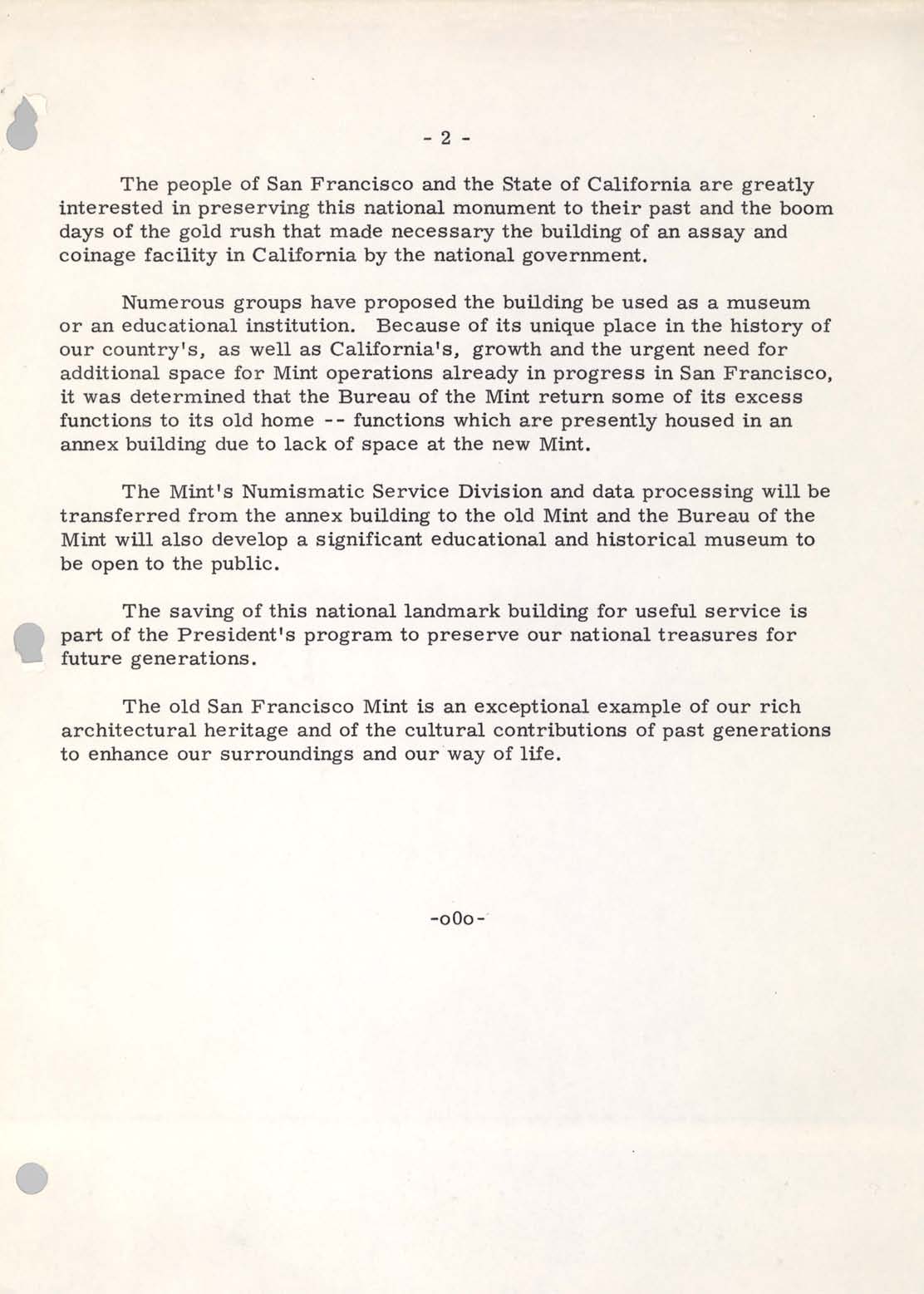 The President announced today the transfer of the old San Francisco Mint from the General Services Administration to the Department of the Treasury for restoration by the Bureau of the Mint for use by the Federal government and the public.

The structure dedicated in 1874 and a survivor of the San Francisco earthquake has been vacant since 1968.

“I have never been so thrilled and I feel a tremendous sense of responsibility and satisfaction that we have finally come home again to the old Mint,” Mrs. Mary Brooks, Director of the Mint, said in response to the Presidential announcement.

“The fact that our services have grown so phenomenally makes the acquisition of this building important to us from an operational standpoint. It is also an opportunity to contribute to the history of this country and make a substantial contribution to our Western heritage by rehabilitating this national landmark.”

The old Mint, designed by Alfred Bult Mullet, is a durable and massive sandstone and granite example of the era of federal buildings architecture in the West.

The structure survived the disastrous San Francisco earthquake and fire of 1906. Left standing virtually alone and intact amidst the rubble and devastation of the surrounding area, it was the only financial institution in the city able to transact the pecuniary business vital to the survival of San Francisco.

The old Mint has not been used as a coinage plant since it was deactivated in 1937 and the operations moved to the present quarters in San Francisco. Until the late 1960’s several government agencies have used the building for office space. It has been vacant since 1968.

The people of San Francisco and the State of California are greatly interested in preserving this national monument to their past and the boom days of the gold rush that made necessary the building of an assay and coinage facility in California by the national government.

Numerous groups have proposed the building be used as a museum or an educational institution. Because of its unique place in the history of our country’s, as well as California’s, growth and the urgent need for additional space for Mint operations already in progress in San Francisco, it was determined that the Bureau of the Mint return some of its excess functions to its old home — functions which are presently housed in an annex building due to lack of space at the new Mint.

The Mint’s Numismatic Service Division and data processing will be transferred from the annex building to the old Mint and the Bureau of the Mint will also develop a significant educational and historical museum to be open to the public.

The saving of this national landmark building for useful service is part of the President’s program to preserve our national treasures for future generations.

The old San Francisco Mint is an exceptional example of our rich architectural heritage and of the cultural contributions of past generations to enhance our surroundings and our way of life.