Come See the Gold, Come Strike a Medal at the Treasury Department 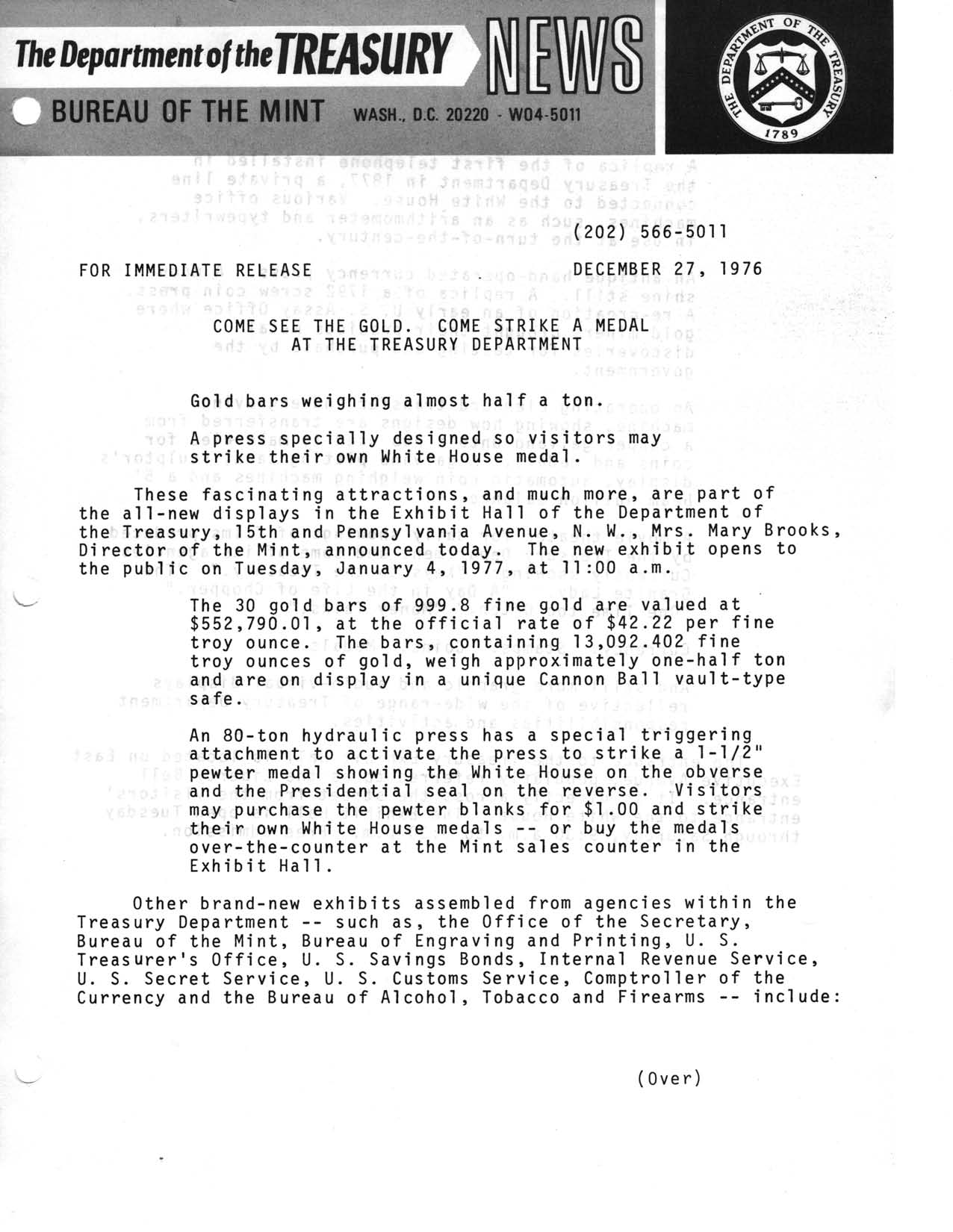 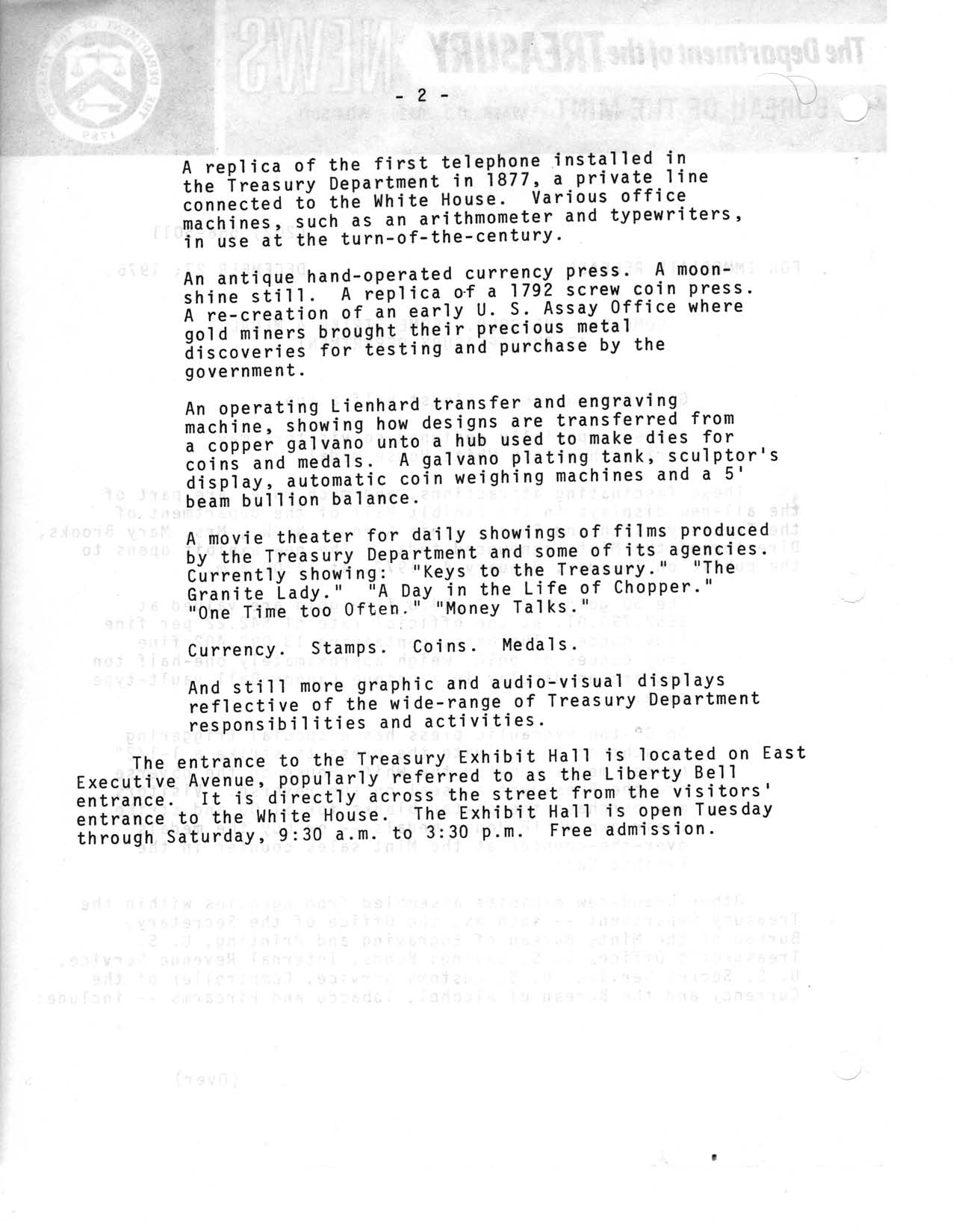 A press specially designed so visitors may strike their own White House medal.

These fascinating attractions, and much more, are part of the all-new displays in the Exhibit Hall of the Department of the Treasury, 15th and Pennsylvania Avenue, N.W., Mrs. Mary Brooks, Director of the Mint, announced today. The new exhibit opens to the public on Tuesday, January 4, 1977, at 11:00 a.m.

An 80-ton hydraulic press has a special triggering attachment to activate the press to strike a 1-1/2″ pewter medal showing the White House on the obverse and the Presidential seal on the reverse. Visitors may purchase the pewter blanks for $1.00 and strike their own White House medals—or buy the medals over-the-counter at the Mint sales counter in the Exhibit Hall.

Other brand-new exhibits assembled from agencies within the Treasury Department—such as, the Office of the Secretary, Bureau of the Mint, Bureau of Engraving and Printing, U.S. Treasurer’s Office, U.S. Savings Bonds, Internal Revenue Service, U.S. Secret Service, U.S. Customs Service, Comptroller of the Currency and the Bureau of Alcohol, Tobacco and Firearms—include:

A replica of the first telephone installed in the Treasury Department in 1877, a private line connected to the White House. Various office machines, such as an arithmometer and typewriters, in use at the turn-of-the-century.

An antique hand-operated currency press. A moonshine still. A replica of a 1792 screw coin press. A re-creation of an early U.S. Assay Office where gold miners brought their precious metal discoveries for testing and purchase by the government.

An operating Lienhard transfer and engraving machine, showing how designs are transferred from a copper galvano onto a hub used to make dies for coins and medals. A galvano plating tank, sculptor’s display, automatic coin weighing machines and 5′ beam bullion balance.

A movie theater for daily showings of films produced by the Treasury Department and some of its agencies. Currently showing: “Keys to the Treasury.” “The Granite Lady.” “A Day in the Life of Chopper.” “One Time too Often.” “Money Talks.”

And still more graphic and audio-visual displays reflective of the wide-range of Treasury Department responsibilities and activities.