Selection of a Site for the New Denver Mint 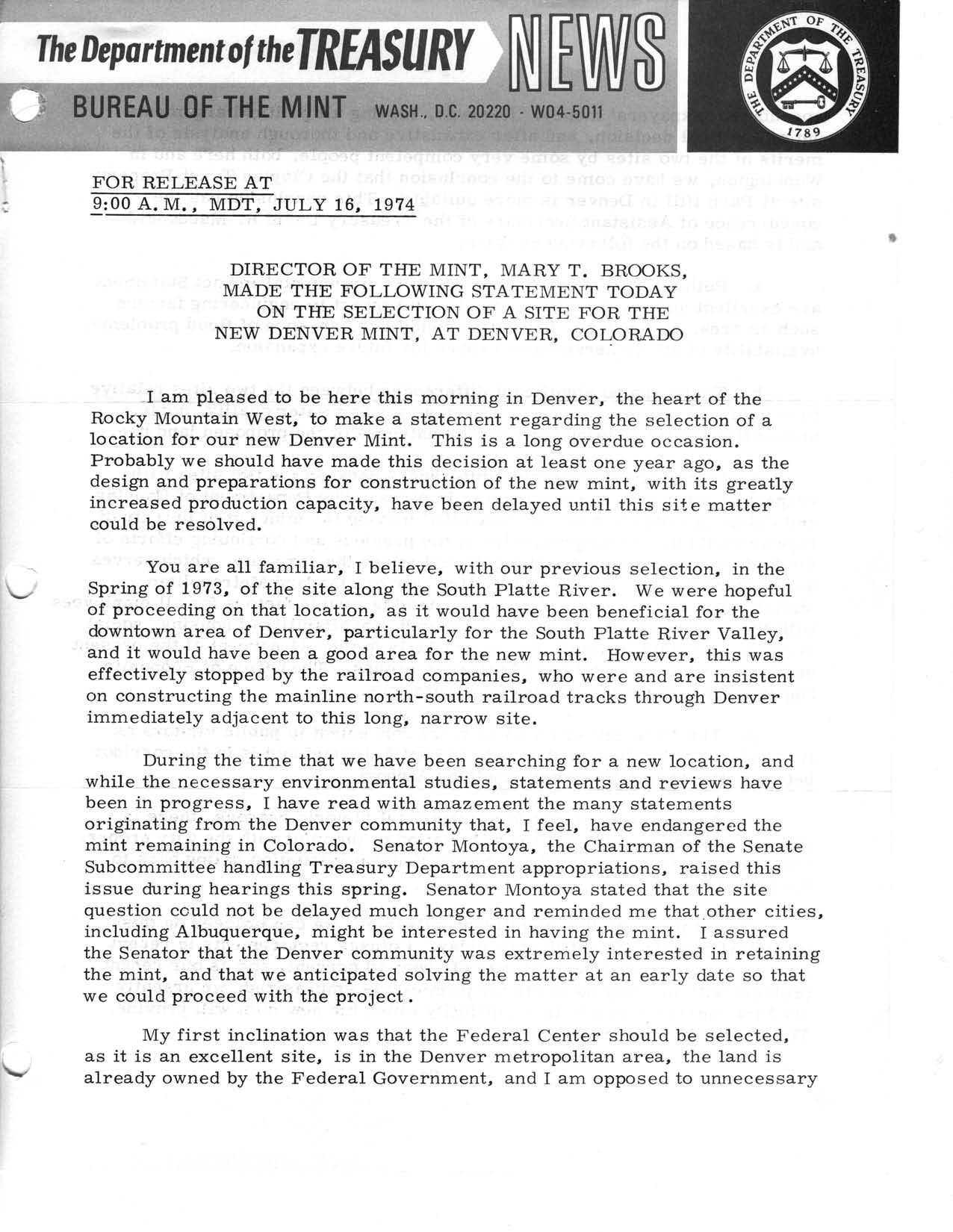 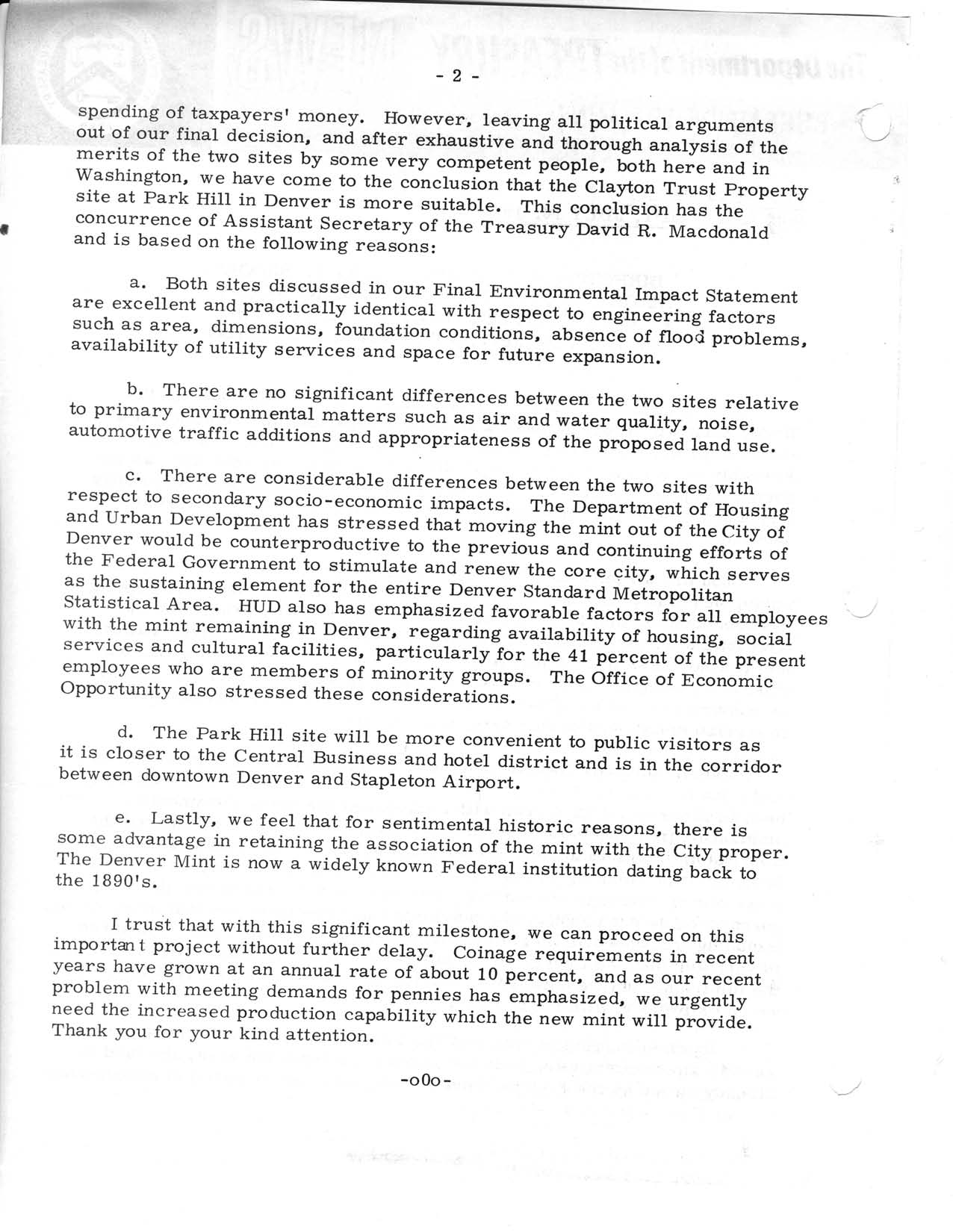 Director of the Mint, Mary T. Brooks, made the following statement today on the selection of a site for the new Denver Mint, at Denver, Colorado.

I am pleased to be here this morning in Denver, the heart of the Rocky Mountain West, to make a statement regarding the selection of a location for our new Denver Mint. This is a long overdue occasion. Probably we should have made this decision at least one year ago, as the design and preparations for construction of the new mint, with its greatly increased production capacity, have been delayed until this site matter could be resolved.

You are all familiar, I believe, with our previous selection, in the spring of 1973, of the site along the South Platte River. We were hopeful of proceeding on that location, as it would have been beneficial for the downtown area of Denver, particularly for the South Platte River Valley, and it would have been a good area for the new mint. However, this was effectively stopped by the railroad companies, who were and are insistent on constructing the mainline north-south railroad tracks through Denver immediately adjacent to this long, narrow site.

During the time that we have been searching for a new location, and while the necessary environmental studies, statements and reviews have been in progress, I have read with amazement the many statements originating from the Denver community that, I feel, have endangered the mint remaining in Colorado. Senator Montoya, the Chairman of the Senate Subcommittee handling Treasury Department appropriations, raised this issue during hearings this spring. Senator Montoya stated that the site question could not be delayed much longer and reminded me that other cities, including Albuquerque, might be interested in having the mint. I assured the Senator that the Denver community was extremely interested in retaining the mint, and that we anticipated solving the matter at an early date so that we could proceed with the project.

My first inclination was that the Federal Center should be selected, as it is an excellent site, is in the Denver metropolitan area, the land is already owned by the Federal Government, and I am opposed to unnecessary spending of taxpayers’ money. However, leaving all political arguments out of our final decision, and after exhaustive and thorough analysis of the merits of the two sites by some very competent people, both here and in Washington, we have come to the conclusion that the Clayton Trust Property site at Park Hill in Denver is more suitable. This conclusion has the concurrence of Assistant Secretary of the Treasury David R. Macdonald and is based on the following reasons:

I trust that with this significant milestone, we can proceed on this important project without further delay. Coinage requirements in recent years have grown at an annual rate of about 10 percent, and as our recent problem with meeting demands for pennies has emphasized, we urgently need the increased production capability which the new mint will provide. Thank you for your kind attention.