Swearing in Ceremony of Elizabeth Jones, Chief Sculptor-Engraver of the U.S. 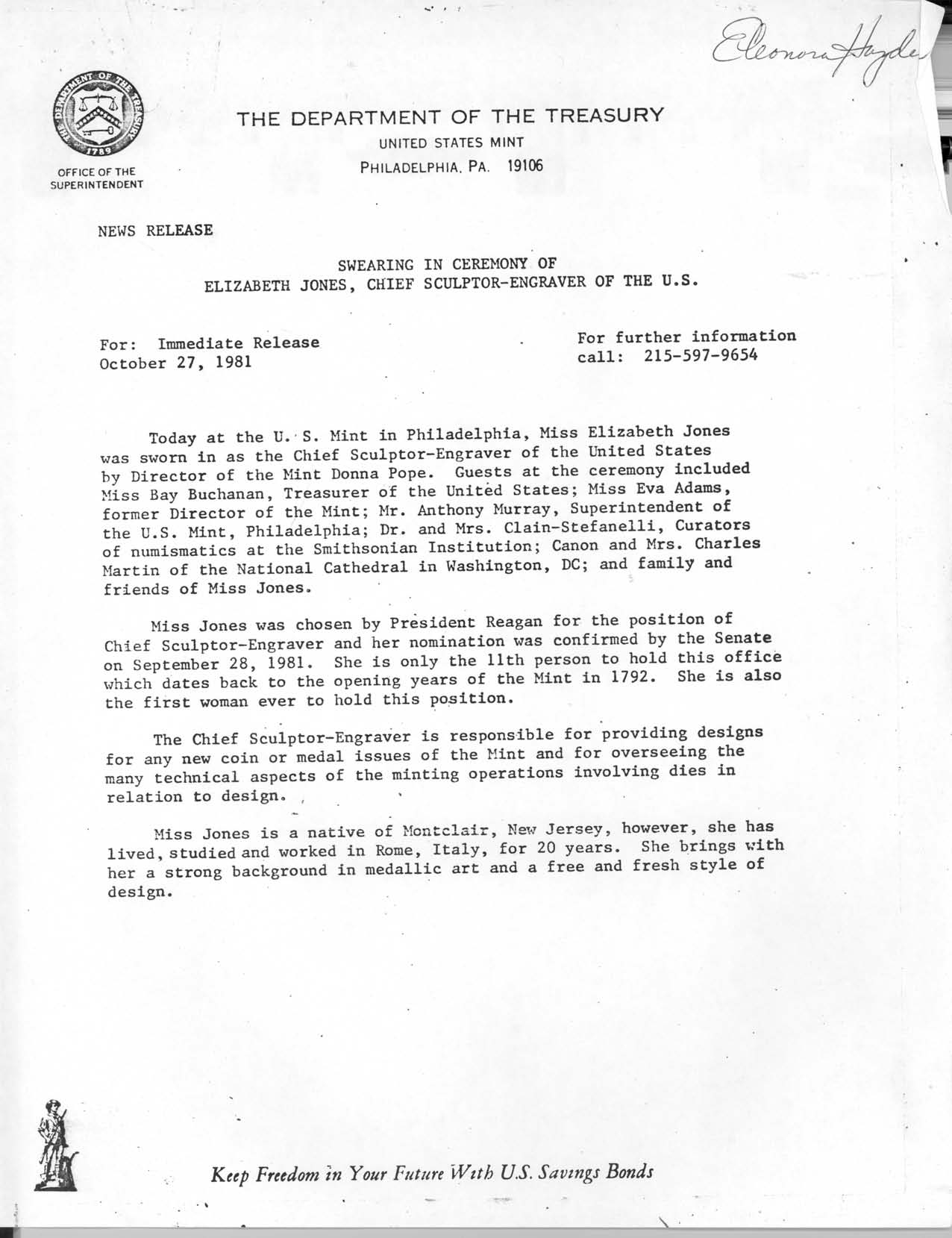 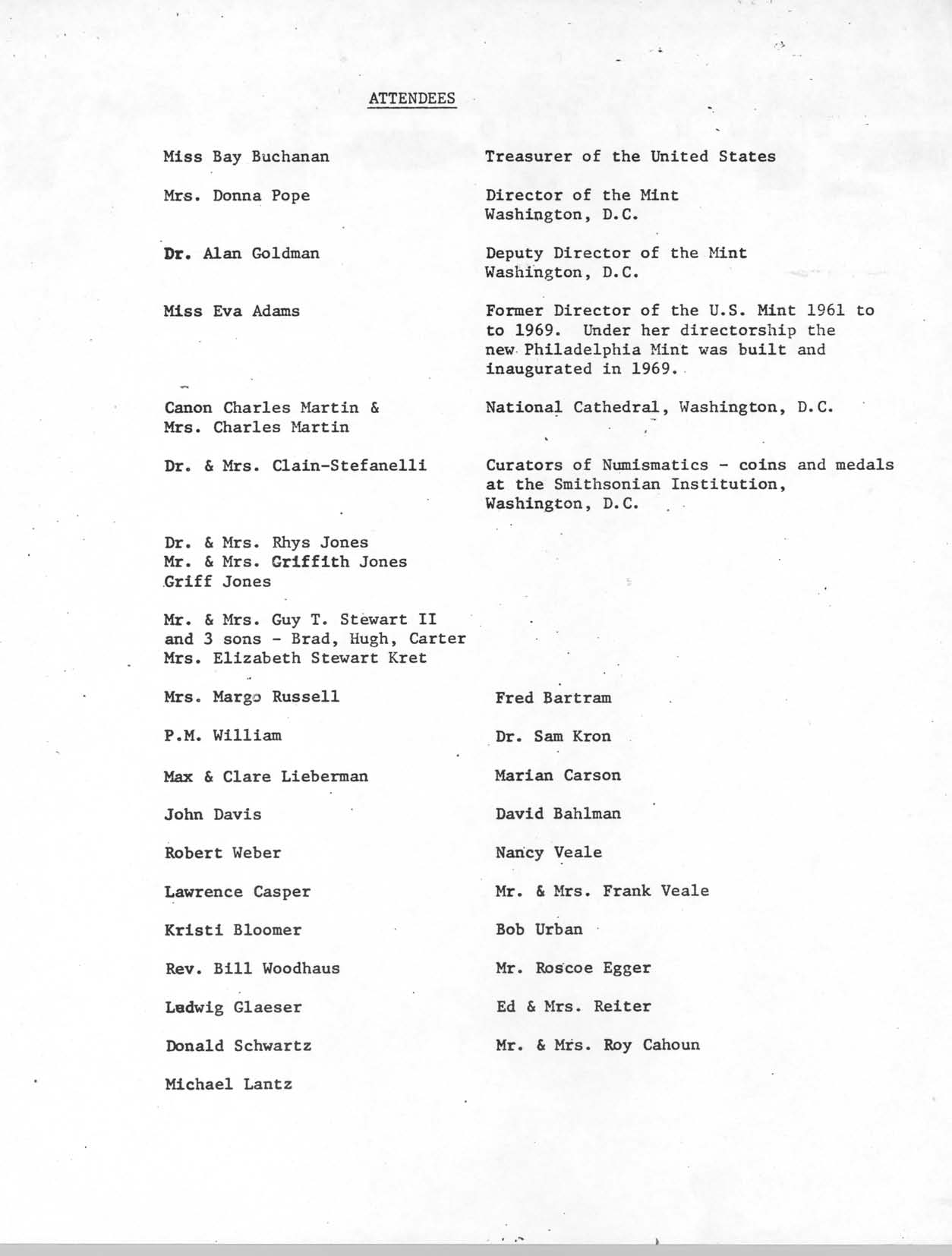 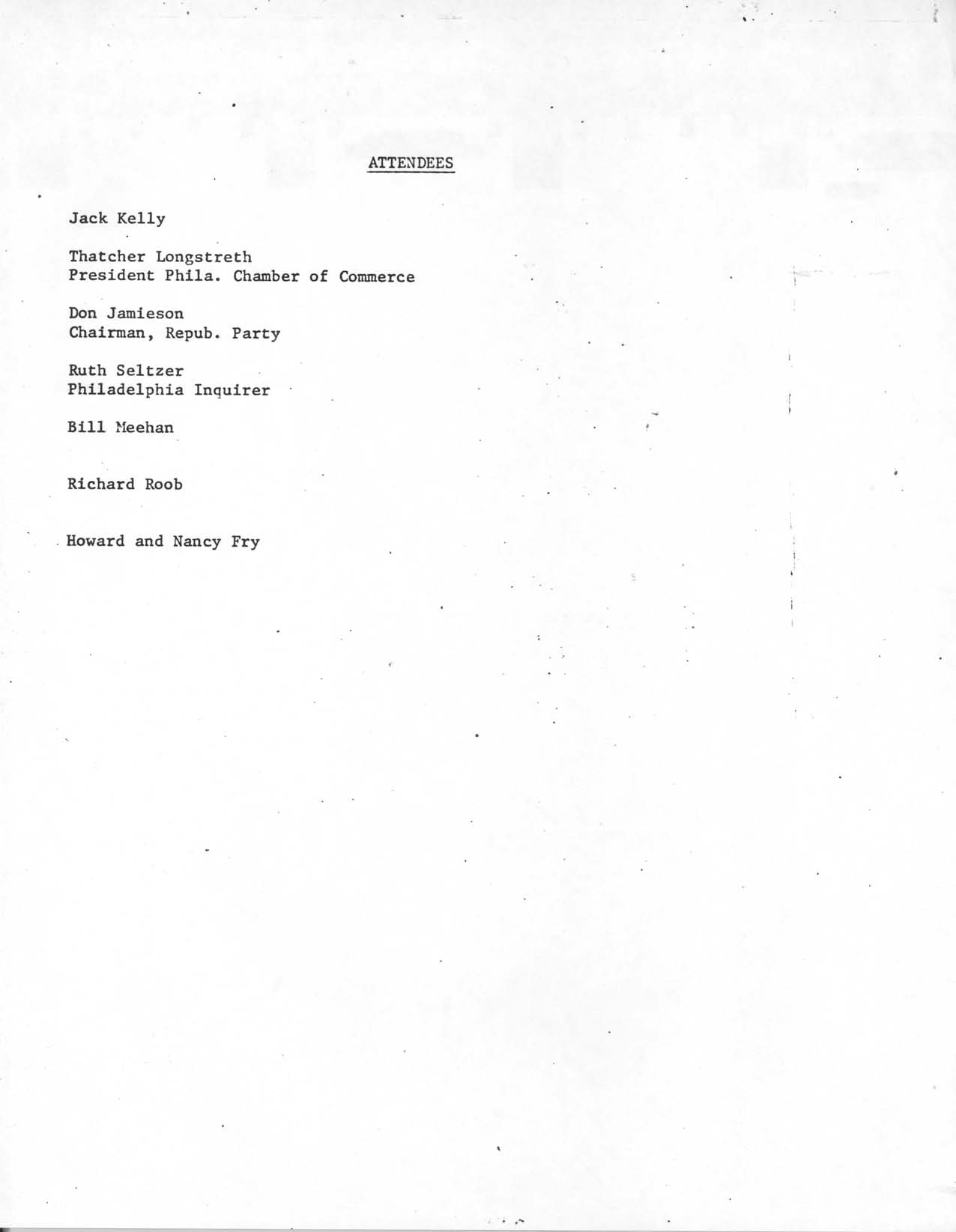 Today at the U.S. Mint in Philadelphia, Miss Elizabeth Jones was sworn in as the Chief Sculptor-Engraver of the United States by Director of the Mint Donna Pope. Guests at the ceremony included Miss Bay Buchanan, Treasurer of the United States; Miss Eva Adams, former Director of the Mint; Mr. Anthony Murray, Superintendent of the U.S. Mint, Philadelphia; Dr. and Mrs. Clain-Stefanelli, Curators of numismatics at the Smithsonian Institution; Canon and Mrs. Charles Martin of the National Cathedral in Washington, DC; and family and friends of Miss Jones.

Miss Jones was chosen by President Reagan for the position of Chief Sculptor-Engraver and her nomination was confirmed by the Senate on September 28, 1981. She is only the 11th person to hold this office which dates back to the opening years of the Mint in 1792. She is also the first woman ever to hold this position.

The Chief Sculptor-Engraver is responsible for providing designs for any new coin or medal issues of the Mint and for overseeing the many technical aspects of the minting operations involving dies in relation to design.

Miss Jones is a native of Montclair, New Jersey, however, she has lived, studied and worked in Rome, Italy, for 20 years. She brings with her a strong background in medallic art and a free and fresh style of design.

Miss Eva Adams, Former Director of the U.S. Mint 1961 to to 1969. Under her directorship the new Philadelphia Mint was built and inaugurated in 1969.