By Office of Corporate Communications
April 13, 2016

The United States Mint at San Francisco welcomed guests from the National Park Service on March 9, 2016, to participate in the ceremonial striking of the coin commemorating their centennial. U.S Mint staff created a dramatic backdrop for the area surrounding the coining press. Imagined and constructed by the joint efforts of the Plant Engineering and Coining Division Teams, the backdrop simulated the tranquility found at Muir Woods National Monument, a unit of the National Park Service located in Marin County, CA.

It was a picture perfect day, and as expected there were hundreds of people on the mall for the peak day of the cherry blossoms. Many stopped by to admire the designs of the coins and take pictures, which were prominently displayed on 30-inch round blow ups. Social media posters also invited participants to join the conversation and interact using the hashtags #NPScoin, #FindyourPark and #usmint.

The Washington Nationals’ Racing President Teddy Roosevelt was on hand to pay tribute to President Roosevelt’s role in creating the National Park Service. Racing Teddy interacted with the crowd before the event and posed for pictures with his “likeness” on the gold coin. After the event he went racing into the crowd and treated them to his workout routine in between the Lincoln Memorial and the reflecting pool.

National Park Foundation President and CEO Will Shafroth spoke of the recipient organization’s plans to use the funds to help them continue their efforts to protect America’s treasured places, connect people from all backgrounds to them, and inspire the next generation of park stewards.

United States Mint Principal Deputy Director Rhett Jeppson delivered remarks about the commemorative coin program and talked about his favorite president Teddy Roosevelt, along with his personal connection to the parks. Jeppson concluded with how proud he was of the collaboration throughout the entire process from inception to the final designs and coin production.

The clad half dollar obverse, designed by Barbara Fox and sculpted by Michael Gaudioso, features a hiker discovering the majesty of the wilderness and a small child discovering a frog hiding in ferns, celebrating the diversity and breadth of the National Park Service. The clad half dollar reverse, designed by Thomas Hipschen and sculpted by Charles Vickers, features the National Park Service logo. 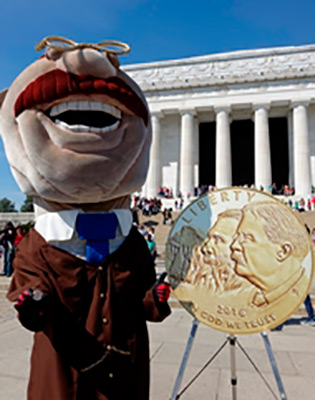 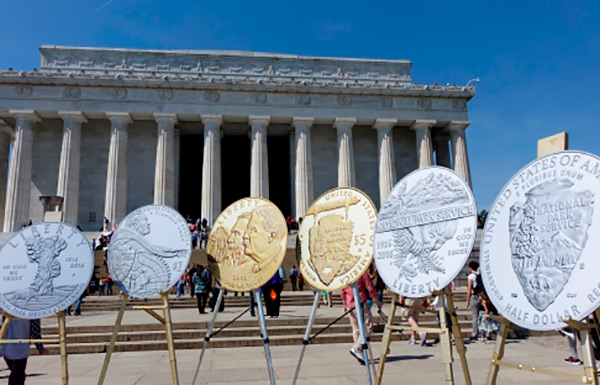 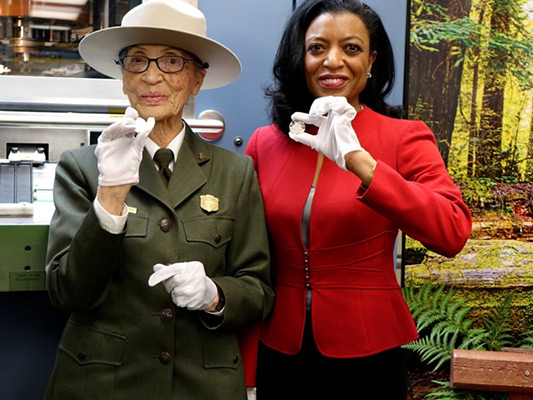 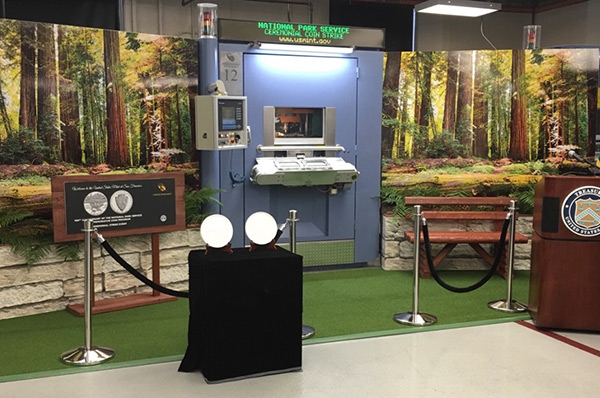